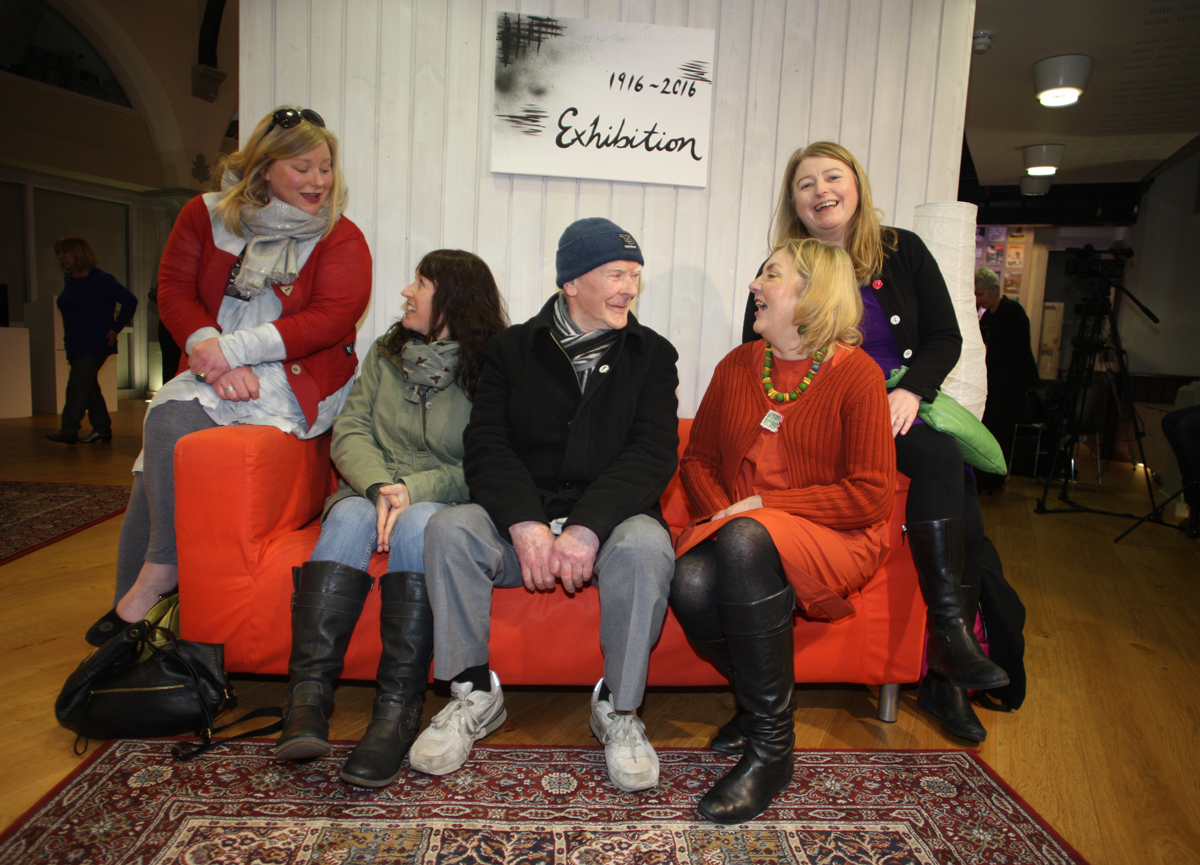 A quilt commemorating the 77 women who took part in the Easter Rising is to go on display in North Belfast as part of a community commemoration project.

The quilt consists of panels made up to represent each of the women involved in 1916, designed by 77 woman living in Dublin and involved in community groups.

The project was started as part of the renovation of Richmond Barracks – the military installation where the female rebels were taken after the surrender to British forces.

The barracks is to be made into an interpretive centre and the quilt project was formulated to ensure the community was given a leading role in the refurbishment.

Artist Marja Almqvist worked with historians Mary McAuliffe and Liz Gillis to deliver the project and she visited North Belfast last week to launch the exhibition.

She said everyone involved was delighted that the quilt would get to be seen beyond Dublin.

“So we took the 77 women who were put in Richmond Barracks after the Rising and each was adopted by a woman involved in our active citizen project. The women then researched their adopted participant and designed the panel for the quilt from what they learned.”

Some of the women involved in the project have been at the forefront of recent women’s rights issues in Dublin such as the ‘Right to Choose’ movement. Others are veterans of community work.

Marja said learning that a number of the volunteers were from outside Dublin enriched the project.

“Most of the women who took part in 1916 were Dublin-based but obviously you have people like Winifred Carney who was involved and it was great to find out more about her. There were also women from Mayo and Wexford so it was informative to learn about them.”

The chance to bring it to Belfast couldn’t be passed up, said Marja.

“When we found out the Duncairn Centre for Culture and Arts wanted to show the quilt we were delighted. We were so happy to find out how much Winifred Carney meant to the people here.”

The diversity of the women who were incarcerated at Richmond Barracks surprised the women when they began to research their back-stories.

“These 77 women are a snapshot of Ireland and even within those ranks there is incredible diversity, from the working class right up. All classes were reflected in the Rising. That difference is reflected in the quilt because the panels are all designed differently.”

The quilt will be on display in the Duncairn Centre for Culture and Arts until April 4, and Marja said it couldn’t be placed in a better position.