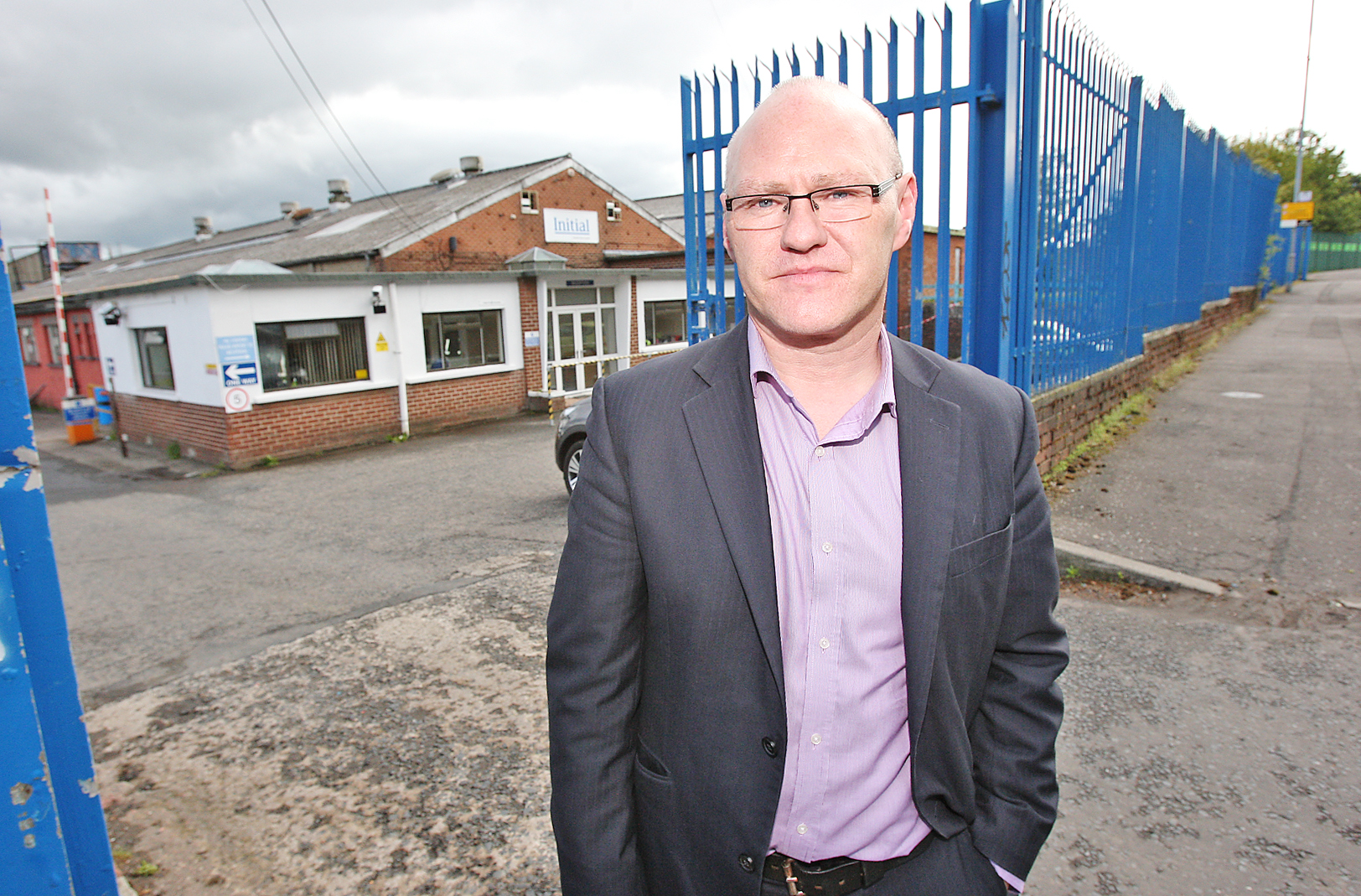 West Belfast MP Paul Maskey at the Initial premises on the Springfield Road, where 24 workers are to lose their jobs

24 PEOPLE are to lose their jobs at the Springfield Road-based Initial linen and garment company which has confirmed it is to close its operation in West Belfast.

Initial said that following a detailed consultation period, the company is unable to identify a viable alternative to closing the loss making operation at the Springfield Road site. Employees were informed of the decision on Tuesday and the company said the site will close when it has met all customer and colleague obligations.

West Belfast MP Paul Maskey said the news is a “big blow for West Belfast and indeed the employees themselves.”

“I have spoken to a number of affected staff and some of them have been at the firm for 20 years – they are devastated.

‘We heard this last month that the site could close and I had arranged meetings on site with some of the employees, members of the Trade Unions and I met with senior management to see what we could so to try and protect these jobs, to see if they could be relocated. They were on a consultation period, they came through that and 24 jobs are to be lost,” he said.

“Government departments Department for Enterprise Trade and Investment (DETI) and Department for Education and Learning (DEL) need to step up to the mark to try and get employment for the now redundant workers and to encourage and assist other companies to come in and locate into West Belfast.”

Operations Director of Initial Brian Lynggard said: “It is with great disappointment that we have taken this difficult decision to close our linen and garments business in Belfast.

“We are working closely with all affected colleagues.  At this time, we reluctantly expect to have to make 24 colleagues redundant, although we are still working to find alternative employment and are hoping to be able to reduce the final redundancy number further.

“Initial remains committed to Northern Ireland and we will continue to operate our much larger washrooms and mats business, which services approximately 2,500 customers, across 4,000 premises, and employs more than 30 colleagues.”

Initial will move the remaining Floorcare operations to its Duncrue Crescent site, from where its washroom business is already operating.