PJ: ‘I want the best players playing for Antrim 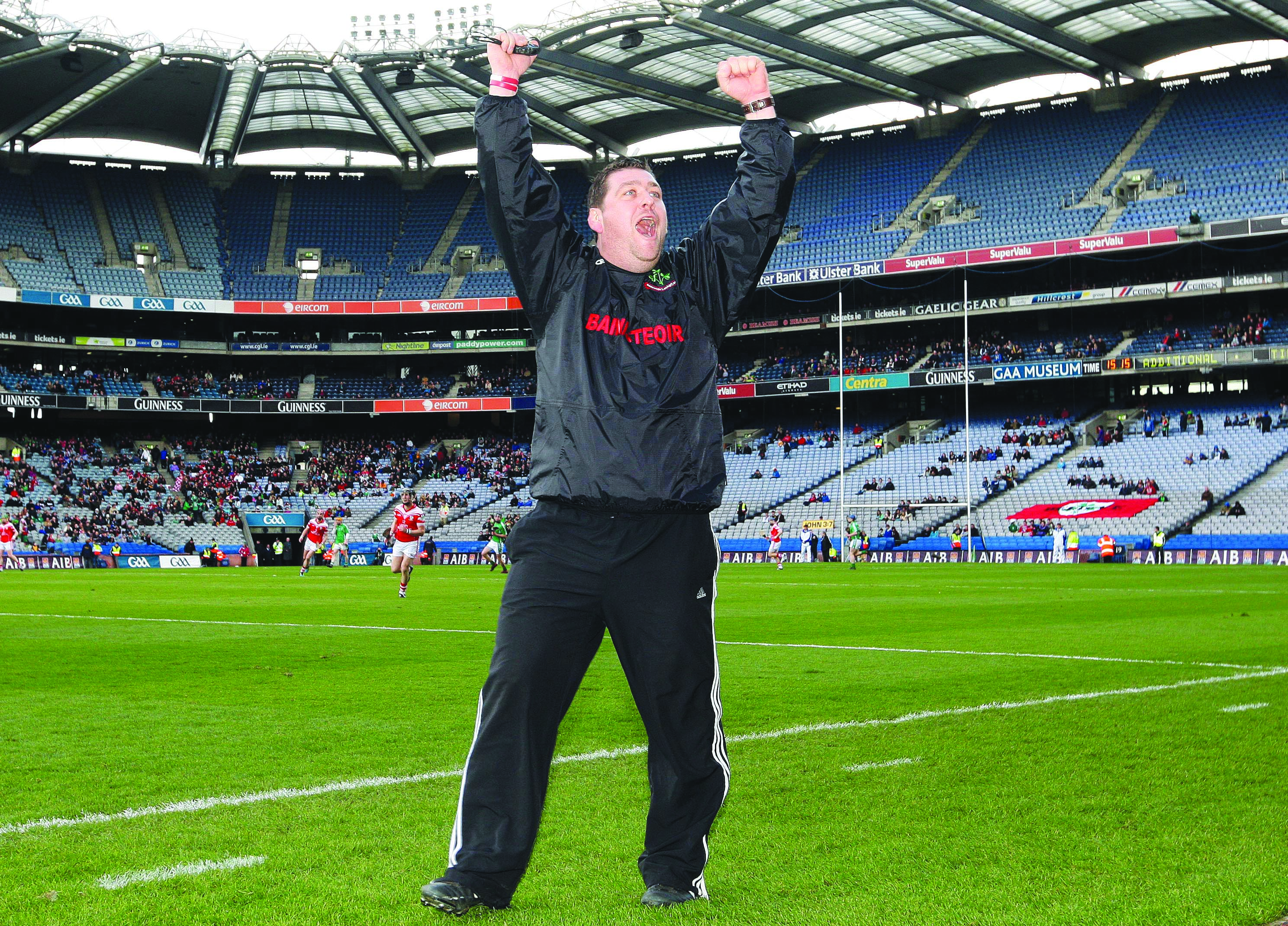 NEW Antrim hurling manager PJ O’Mullan has stated his desire to get the best players playing for the county next season.

The former Loughgiel Shamrocks boss was ratified last Wednesday night after seeing off competition from Ger Manley, Mattie Lennon and Jim Greene, who were also interviewed for the role.

Admitting he didn’t think he would get the job, O’Mullan said he was ‘surprised, shocked, honoured and humbled’ to be named as Kevin Ryan’s successor.

A number of leading hurlers stepped away from the county team for various reasons in 2015.

O’Mullan believes that the Saffrons must get their best 15 out on the pitch if they are to improve their standing and has refused to rule out a recall for his clubmate Liam Watson.

The former All-Star nominee didn’t feature for Antrim during Ryan’s three-year tenure but O’Mullan is adamant that Watson still has what it takes to hurl at inter-county level.

“If Jackie Tyrrell can win All-Ireland medals at 35, then I would say Liam Watson (33) isn’t past it,” said O’Mullan.

“There are other players that haven’t hurled for the county other the past couple of years.

“Shane McNaughton has also been out injured. Liam Watson hasn’t hurled for a couple of years.

He added: “There are maybe bridges to be built and a few things patched up.

“We will get together as a group and work out what needs to be worked out.

“For these players to play at the highest level, to showcase their talent, they are going to need each other.”

McNaughton, and his Cushendall colleagues will not be available for selection for the opening stages of the 2016 season as the Antrim and Ulster club champions prepare for their All-Ireland semi-final while Creggan will also be in action in the Intermediate Club Championship.

That could rob O’Mullan of up to 10 players for the Walsh Cup campaign and the opening games of the NHL.

Kickhams will be aiming to succeed Rossa as the Intermediate hurling champions having won the Junior title in 2013.

Cushendall, meanwhile, will be hoping to emulate their rivals Loughgiel who won their last senior All-Ireland in 2012.

O’Mullan says that the success of club sides in recent times proves that the required talent is in the county: "The players are the only ones who can drive Antrim forward.

“All we can do, as a management team, is provide them with the best platform – and I promise I will do that.

“I can’t do it, and my management team can’t do it without the players. “It is up to them. I want the best players playing for Antrim.

“I have an idea of who you would like to get in. Unfortunately, we are going to be without seven, eight, nine of our best hurlers for the first part of the season due to club commitments with Cushendall and Creggan.

“We wish them all the best with their campaigns.

“I keep telling people – the quality in Antrim hurling is unsurpassed. “People don’t believe that but the facts are there.

“We can win All-Ireland titles in Junior, Intermediate and Senior.

“We can win All-Ireland schools titles – it is a matter of transferring all that.

“The only way to do that is get your best players. Without that, it is a harder battle.

“Take the Ireland rugby team as an example. They played France and beat them out the gate. The following week, down four of their best players, they were knocked out of the World Cup.”

In the coming years, the club Championship could all be wrapped up within a calendar year and the ongoing debate regarding fixtures is a thorny issue which must be grasped by the association. The new Antrim boss has made it clear that he won’t seek to have club games postponed in 2016.

“I will take a common sense approach and I won’t be calling matches off – especially in year one – because it is a short year.

“Other counties don’t have to do it so I don’t see why we should do it.

“These players were born, nurtured, coached at club level all their life and they go back to their club after they play county.

“They (the clubs) are a very important ingredient in all this and I am going to try to work with all the clubs and get them all on board to help push the thing forward.

“The Antrim Championship this year was one of the best in years. Everybody had a crack at it. All the games were entertaining and the crowds were great.”

O’Mullan confirmed that former Waterford and Limerick manager Justin McCarthy will come on board as a selector while O’Mullan has retained the services of Gavin Duffy who trained Loughgiel.

Paul Graham (Cushendun) will also join O’Mullan’s management team having worked with top Dublin side Kilmacud Croke’s while Paul Talty is the strength and conditioning coach.

The new Antrim boss plans to add at least one more name to his backroom team in the coming days.

Antrim will open their 2016 campaign with a trip away to Laois in the Walsh Cup on Sunday, January 3. Antrim are in Group Two and will face a trip to Parnell Park to face Dublin on Sunday, January 10 before a home clash against the students of UCD a week later.

The Saffrons will also have home advantage in their Christy Ring Cup opener against Kildare.

Prior to that, Antrim will be looking to gain promotion back to Division 1B after being relegated in the spring.

O’Mullan is all to aware that promotion from Division 2A and success in the Christy Ring Cup are already earmarked as Antrim’s goals for the forthcoming season.

“It isn’t rocket science to know that they would be the two achievable goals. We are where we are and they are two competitions that we can win,” added O’Mullan.

“Obviously they are the priority. I am not going to make any excuses.

“I plan to carry a panel of 30 or 35 players and we have to try and win without or best players at times.

“Hopefully we can get into a wining mentality early on rather than being gallant losers.

“Winning breeds confidence and confidence can take you to many a place and we have to make training enjoyable so that players want to come and train.”