A night of song, story and poetry 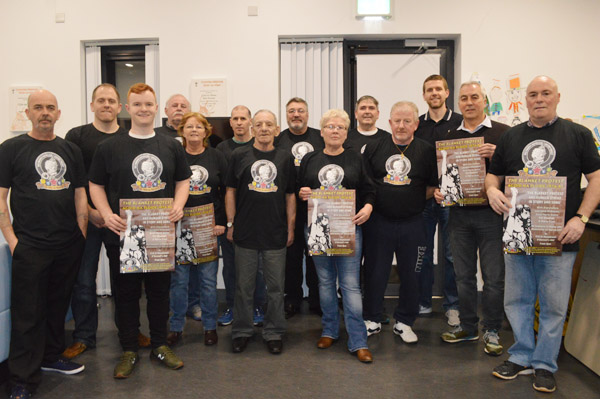 The Ballymurphy Republican History Project was initiated by the Ballymurphy Ex-Prisoners Association, and joined by Glór na Móna.

Cuba, Ireland and The International Revolution, will be discussed next Wednesday July 26 in Gael-Ionad Mhic Goill, the next in the series of events held by The Ballymurphy Republican History Project.

The Ballymurphy Republican History Project is a community education initiative, which seeks to mark the centenary of the first republican hunger striker, Thomas Ashe, in a way that is both intellectually and culturally stimulating.

Among the talks held to date, there have been discussions on Women in Irish History, The Escape from the Crum & The Forgotten Hunger Strike.

Glór na Móna’s Community Project Officer, Máirtín Mac Gabhann said: “We have been working with the Ballymurphy Ex-Prisoners Association now for a few months and have noticed the positive impacted that this project has had on the community. These untold stories have especially inspired young people in Glór na Móna, to start an oral history project of their own which will be launching in the coming months. “

Ballmurphy ExPrisoners Association member Sean Adams added: “The Ballymurphy Republican History Project was initiated by the Ballymurphy Ex-Prisoners Association, and joined by Glór na Móna. Thomas Ashe was many things – poet, soldier, Gael, educator, and revolutionary, and our Project aims to not only capture these aspects of Ashe the man, but of the Republican tradition as a whole.

“This ethos is encapsulated by our projects slogan Ag Tógáil Na Poblachta – Building the Republic – and the use of the old An Glór Gafa symbol in our project logo, both of which emphasise the centrality of education and long, hard work necessary to build a New Ireland.”

The project will conclude with the Thomas Ashe Memorial Weekend commencing the 22nd of September with a planned series of events including talks, walks, sports competitions and the unveiling of a Wall of Remembrance in the Ballymurphy Memorial Garden.

As a permanent reminder to Thomas Ashe and the other 21 IRA Volunteers who gave their lives for Irish Freedom, all funds raised throughout the project will go towards building a wall of remembrance in the Ballymurphy memorial garden.