A year to remember for Antrim underage sides in Ulster 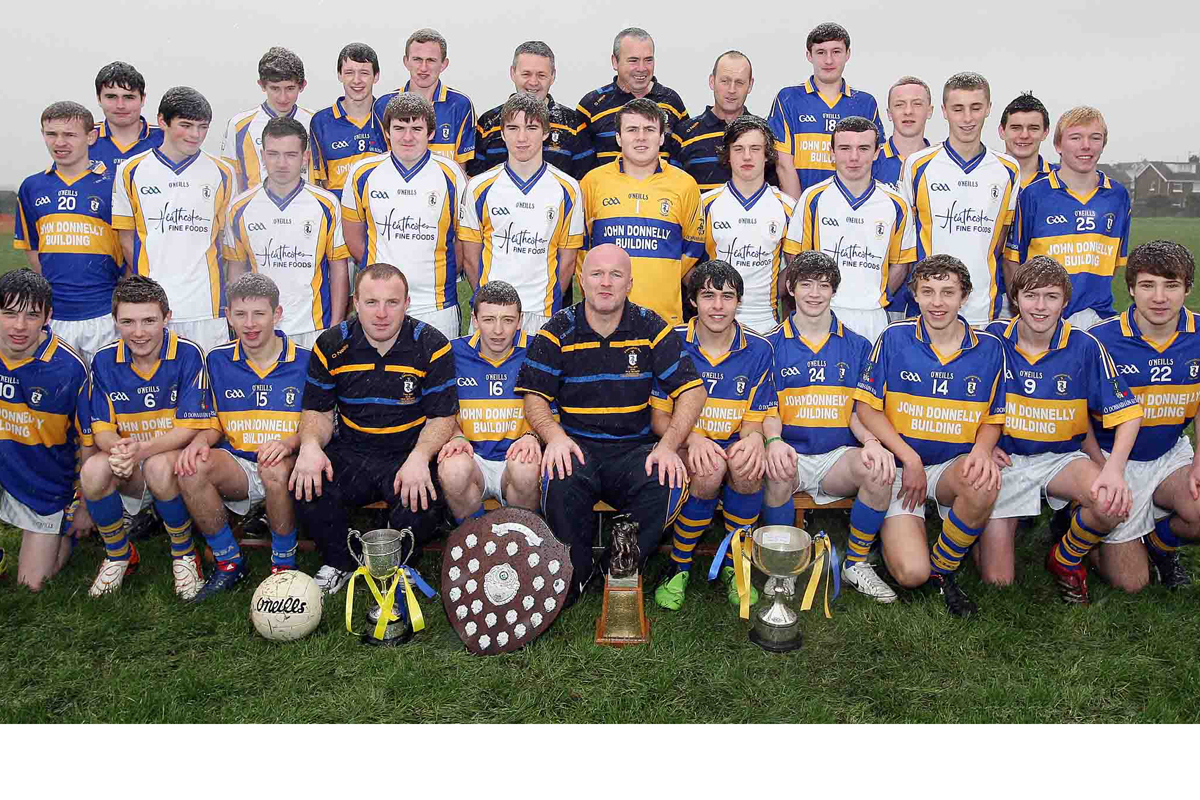 Pictured (right) are the players and mentors of the successful Rossa Under 16 football team who last Sunday became the first Antrim team to win the Paul McGirr Ulster Football tournament.

After five matches in the competition when they beat the Fermanagh, Derry and Donegal champions after a replay, they overcame the Down champions Rostrevor by 4-10 to 1-11 in the final to bring the trophy back to the Falls Road.

This very talented group of young players completed a clean sweep in both football and hurling across Antrim and Ulster as they also captured the nine-a-side Ulster hurling tournament as well.

The Paul McGirr tournament is now in its eleventh year and is named in memory of the former Dromore and Tyrone Minor star who so tragically lost his life when playing for Tyrone in an Ulster Championship game against Armagh.

In 2010 the tournament was revamped to include all nine county U16 champions and has gained added prestige when it got the official backing of the Ulster GAA Council.

As well as Rossa being Ulster champions, football at underage goes from strength to strength in Antrim as Lámh Dhearg are the current holders of the St Paul's Ulster minor tournament and now with St John’s have progressed to the semi final of this year’s tournament.

Lets hope that these fine young players go on to represent Antrim successfully at all levels and in both codes in the not too distant future.