Absolutely one for diehard fans 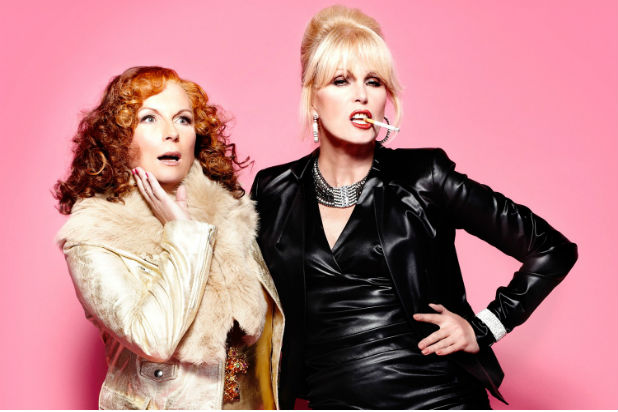 STYLE: Absolutely Fabulous have moved from TV to the big screen

Fashionista, public relations guru and all-round media darling, Edina Monsoon (Jennifer Saunders) is still in the business of, well, hanging out with celebrities and partying to excess with the help of class A drugs and a never-ending supply of bubbly. But unfortunately poor old Eddy is not half as popular as she used to be, and her PR business is on the rocks and in danger of folding. However, Eddy is not the kind of lady who gives up so easy and, when she finds out that world class supermodel Kate Moss is looking for a new PR company to represent her, Eddy is determined to bag Mrs Moss as her newest and most fabulous client.

With the help of Eddy’s BFF Patsy Stone (Joanna Lumley), the two set out to win Kate Moss over, but one thing leads to another and, instead of signing Kate up to a lucrative contract, Eddy and Patsy are accused of murdering the top model. Fleeing the fury of the British press and outraged celebrities, Eddy and Pasty must find a way out of this typically anarchic mess...

I suppose it had to happen at some stage, and following in the footsteps of many a TV sitcom, the playful debauchery of Absolutely Fabulous has made it to the big screen and, for those of you out there who remember watching the TV show first time around, it’s exactly what you’d expect.

It’s full to bursting with celebrity cameos galore and anyone who is anyone in terms of pop culture, media and real life fashion icons all make an appearance here. From Stella McCartney to Lily Cole, Joan Collins to Jerry Hall, even Newsnight’s craggy Jeremy Paxman and Kirsty Wark get a look in.

This is celebrity bingo at its finest, and diehard fans of the show will no doubt delight by the sheer magnitude of celebs on display. We’re even reunited with old and much-loved cast members, with Julia Sawalha, June Whitfield, Jane Horrocks, Kathy Burke and even old favourite Lulu making an appearance. And as for Eddy and Patsy? Well, they may be a bit older and worn around the edges, but they’re still very much the manically supercharged over-indulgent prima donnas we recall from the TV show and it’s great seeing them back together at their badly behaving best.

As for the plot, well, there’s really not much to it and the proceedings play out like a long, one-off episode of the fabulous show. But, with something this simplistic, and insanely nonsensical, you can only really enjoy this by switching off the logical part of your brain and indulging in the glorious stupidity of it all.

If you’re a fan of the TV show, you’re going to love it. If not, well, it’s probably best to give it a miss!