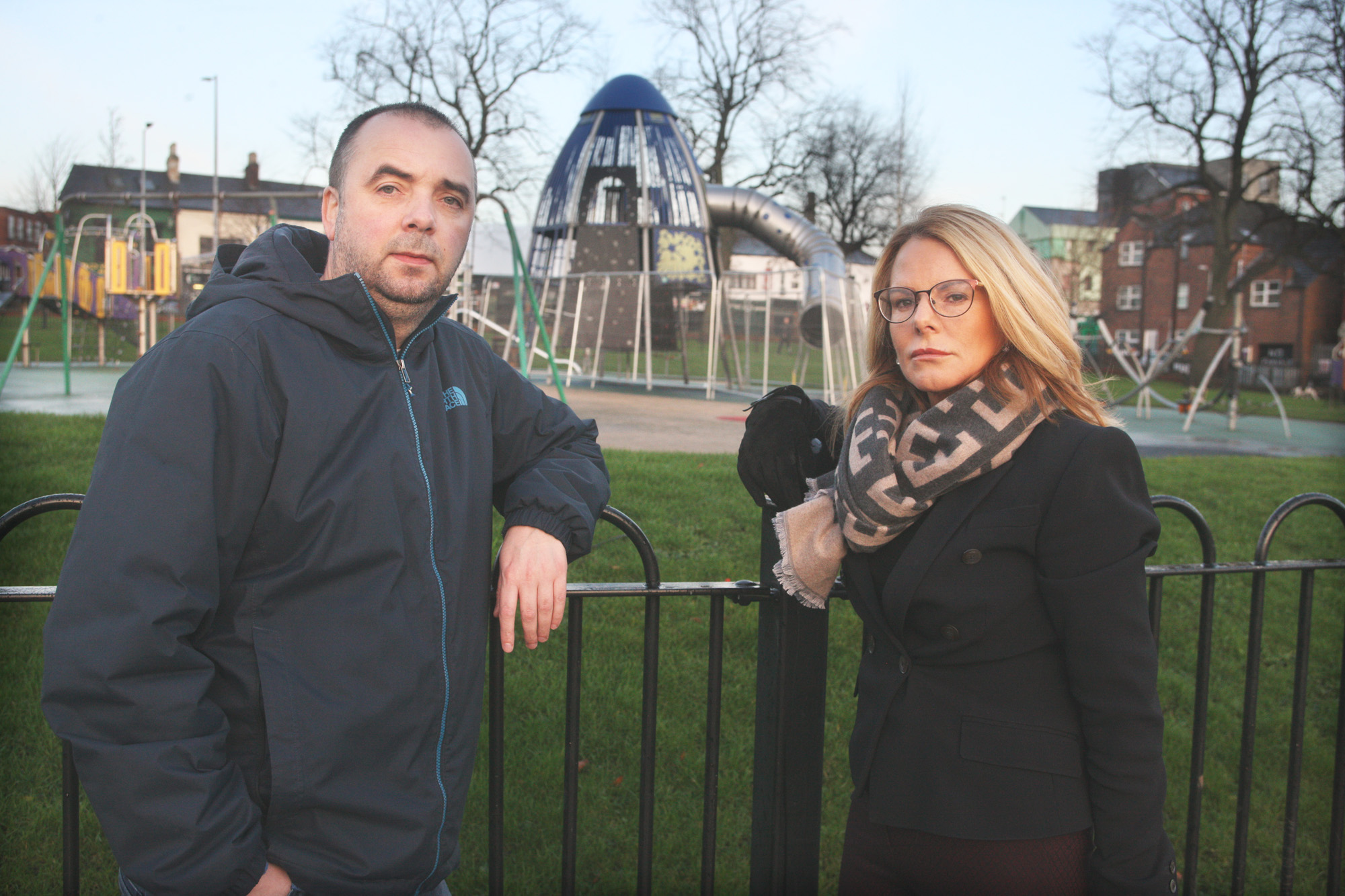 A FALLS councillor has called for an “emergency action plan” to deal with escalating anti-social behaviour that saw emergency services attacked and equipment destroyed at the Dunville Park.

Serious unrest during the festive period culminated in a night of destruction when up to 70 youths gathered at the park last Friday night.

Bins were stolen from nearby homes and set on fire in the children’s play park, causing thousands of pounds worth of damage to the safey surface. Now the damaged play park will be closed for three months.

The Fire Service were attacked as they responded to the blaze while buses were stoned as they travelled along the Falls Road.

Speaking to the Andersonstown News, Sinn Féin Councillor Tina Black said residents living nearby were “terrified” and issued a stark call for action to deal with the unrest.

“The play park will now be closed for three months, so it’s further alienating local residents,” she said.

“Elderly residents were terrified – they were literally afraid to leave their homes.

“The crowd attacked the police and the emergency services. The fire brigade couldn’t gain entry without the police to protect them. We don’t want to be known as a part of the city that they can’t go into.

“For the amount of investment that has gone into the park, coming into spring it’s going to be unusable.

“I personally feel that there are ways of animating the park and that there should be additional security measures put in as an emergency action plan to remedy this immediately.”

She continued: “You can’t see in from the perimeter at nights. You can see the crowds but you can’t see faces. There was one young person wearing a balaclava, which is obviously quite intimidating. There were missiles being gathered and thrown in.

“Not all of the young people are from this area, so people are blaming parents and families, that’s not necessarily the right line to go down because we don’t know where these young people are coming from. They are using the buses to make quick exits away.

“I don’t think it’s right to be apportioning blame. We should be dealing with the situation right now because supporting families and knowing where young people are at all times is a different strategy, so you need action here right now. I don’t like it being compared to other parks because this is a unique situation.”

In an appeal on social media, a PSNI spokesperson said: “Parents, please check in with your young people.
“There is ongoing anti-social behaviour in both Dunville Park and Falls Park/ City Cemetery. Buses are again getting damaged on their routes. Fires are being set amongst the playgrounds.”