Aisling goes East in a celebration of the city’s heroes 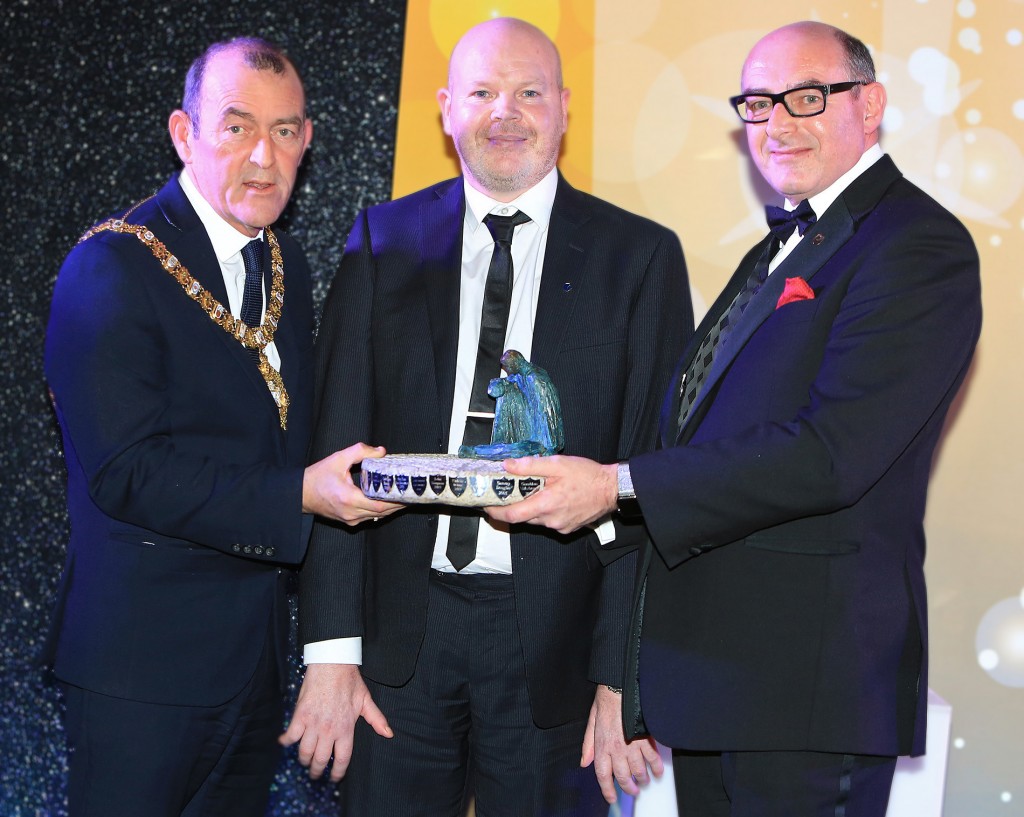 It was the hottest ticket in town on the coldest night of the year as the Aisling Awards paid tribute to the champions of a changing city in Titanic Belfast on Friday night.

Even the freezing sleet whipping off the Lagan couldn’t dampen the high spirits of the 400 who turned out for the sold-out black tie gala, which was held in East Belfast for the first time in its 19-year history.

Guest of honour, Boston Mayor Marty Walsh, was grounded by last week’s US terror alert, but he paid tribute in a video address to the Aisling nominees doing such sterling work to drive Belfast forward. And he noted the continuing effectiveness of the Boston-Belfast sister cities pact in improving the economic and social fortunes of the two great cities.

Highlight of the night was a moving and inspirational speech by Aisling Person of the Year, Anto Finnegan, which brought the audience to its feet in a double standing ovation. The former Antrim captain paid tribute to his native city and outlined the wonderful work being done by the DeterMND Foundation he created shortly after his diagnosis with motor neurone disease in 2012 to fund research into the little-known condition.

“MND does not only affect the individual,” said Anto, “but the family unit. And I am blessed to have such a wonderful wife and children who in the last number of years have become not only my army and my legs, but also my heroes.”

Award-winning singer Brian Kennedy presented Belfast Pride with the ……….. Award and said it represents everything that is good and positive about the spirit abroad in the city.

“Tá bród mór orm,” he said. “I am thrilled to be asked to present this award to Belfast Pride because the Pride Festival represents everything for me which sends the heart and head soaring. It's a celebration in a city which over the years has had more tears than cheers.

“But that's changing and it’s the positivity of Belfast Pride which best represents that new spirit of optimism in Belfast. Belfast Pride speaks to the future. It speaks of love and joy. It embraces a Belfast in which all are cherished and none are scorned because they are different.

“But more than all that the beauty of our openness to the gay community is that in being proud of all its people Belfast is reflecting the city as it really is. We’re not changing the city, we’re simply reflecting it as it is. Belfast Pride reflects us all in our diversity and our brilliance.”

Representative Dan Hunt of the State Assembly that Ireland holds a special place in the heart of Bostonians.

“I bring greetings from Boston,” he said, “a city steeped in almost every immigrant wave in the history of America. But Boston has a special place in its heart for Ireland.

“Boston and Belfast are now sister cities. Belfast is one of 10 sister cities that the Boston has partnered with over the last seven decades. More importantly, it was one of Mayor Walsh’s first actions in his pivotal first hundred days in office.

“The Mayor has made uniting an ethnically diverse city the top priority of his administration. As you know, Mayor Walsh is the son of Irish immigrants and was born into the labour movement, he has made it a priority to court the business community as he had as a labour leader. As Mayor he is bringing to bear 17 years of legislative negotiation skills to unite the different sectors of the economy like he has the people.

“I can say with great confidence that through this next decade this sister city agreement will give birth to a time where Bostonians think not about their distant familial towns in Portrush or Ross Muc, but rather think of their economic brethren and the friends made here in Belfast.