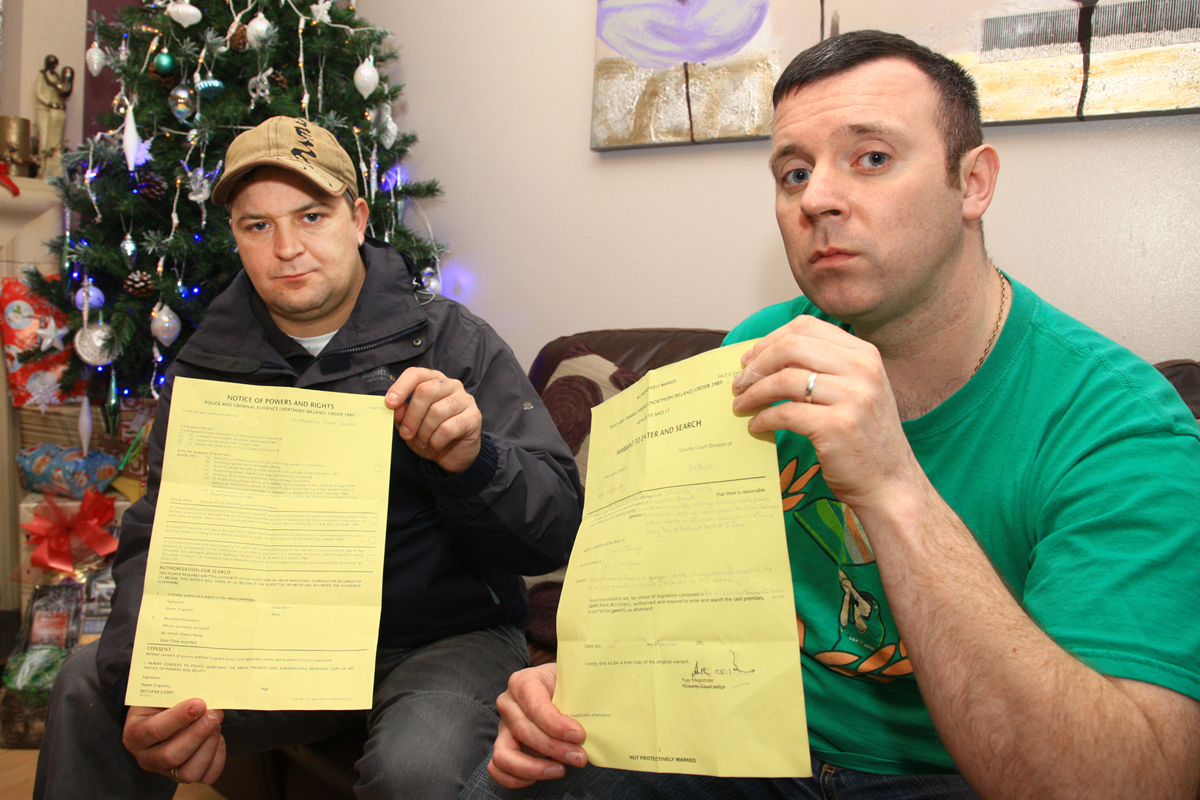 The PSNI have been accused of “excessive force” after they used a battering ram during raids on two homes in the Upper Springfield this week.

According to the residents, the PSNI team ripped open children’s Christmas presents and spent four hours ransacking their homes on Tuesday night.

Ciarán Cunningham and Kevin Craddock, of Springhill and Turf Lodge respectively, say they feel they are being targeted for their political beliefs as both are activists with Republican Network for Unity (RNU).

“This was a search following an incident last week at an Alliance Party office, something we know nothing about,” said Ciarán.

“This was excessive force for a criminal damage investigation. Even if someone was suspected of assault, this type of force would never be used.  They battered their way into an empty house and ripped open wrapped presents, they found nothing connected to their investigation.

“It’s like using a sledgehammer to crack a nut and is clearly an example of political policing and harassment.”

Kevin, who was at home at the time of the raid, said the PSNI took Christmas presents from his children.

“There were about 12 of them,” he said of the raid team.  “They ordered us into the living room, including my daughters, one who is just four.  They were aggressive the whole time and took one of the kids’  presents, a brand new laptop computer. This is just the latest in a catalogue of harassment from the cops.”

Ciarán said both men were being regularly harassed by the police.

“At the last local DPP meeting we were heckled by Sinn Féin reps for speaking out about the harassment. Can they now justify these old RUC tactics on our homes just before Christmas?”

A PSNI spokesman confirmed the house searches before adding: “If anyone has a complaint to make regarding the actions of police they should contact the office of the Police Ombudsman.”