Anger after young firebugs cause damage to playground 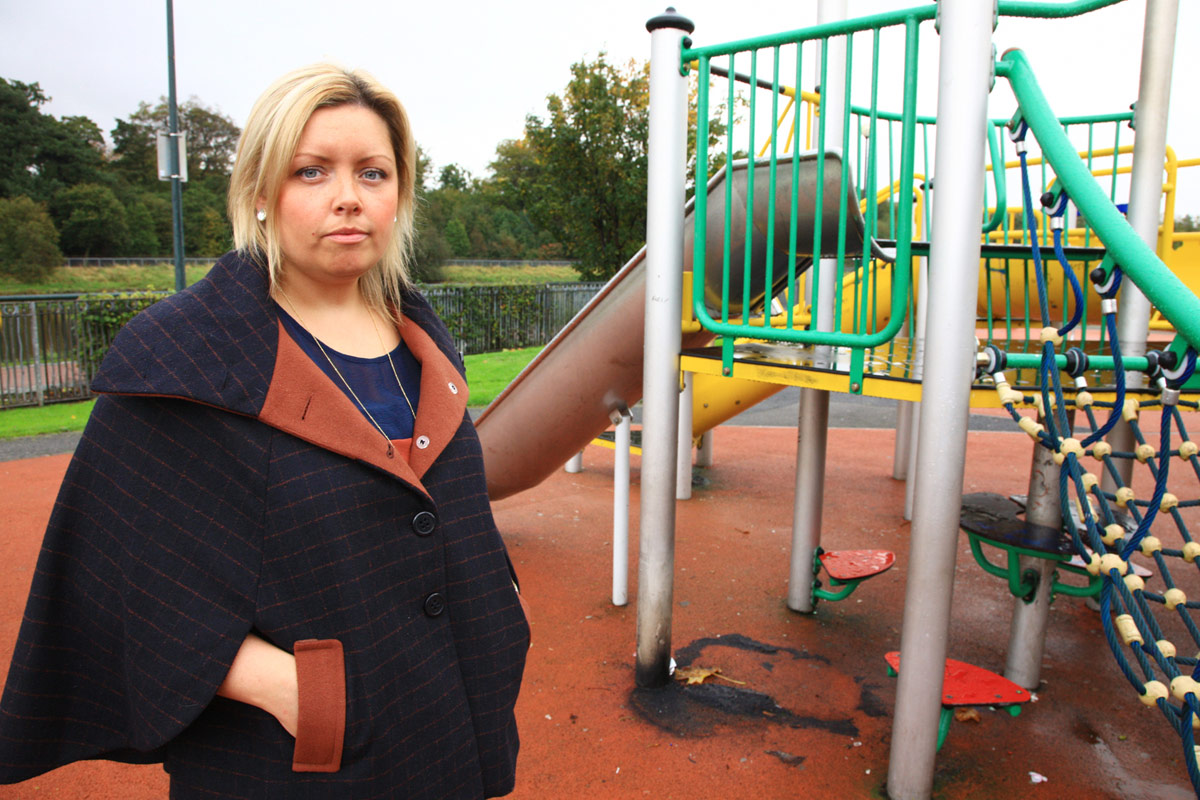 Community representatives in the Lower Ormeau have pleaded for those behind a recent series of attacks in which a playground was damaged to stop the vandalism.

The call came after a number of fires were lit in the playground of Shaftesbury Recreation Centre on Balfour Avenue over the past week. They have seen kerbie recycling boxes lifted from neighbourhood homes and set ablaze in the playground.

The latest attack on Sunday (October 9) night saw the special soft surface used in the playground damaged as boxes were set alight on it.

Local Sinn Féin Councillor Deirdre Hargey said there was a belief local young people were behind the incidents and called on them to stop.

“We believe it is young people here carrying this out. Put simply, it’s anti-community behaviour. They are setting these fires and damaging a playground that many toddlers and older children here use.

“It’s bad enough this happening anywhere but especially in a children’s playground that is so well used by everyone in the area. I imagine those doing this even have younger brothers or sisters who would play in this playground, and these attacks are only hurting them.”

Deirdre said the latest attack would also result in a financial blow to the centre’s tenants, the Lower Ormeau Residents’ Action Group (LORAG) and Belfast City Council, which owns both the building and the playground.

“The playground has a special sponge surface for safety reasons that has to be ordered in from England and so the Council will have to order it in especially and pay a substantial fee to have it replaced.

“You often hear about young people complaining they have nothing to do in communities but that is not the case in the Lower Ormeau, where you have both LORAG and St John Vianney Youth Centre providing services for them.

“So that excuse would not hold water here, especially when you factor in several GAA and soccer clubs that operate in this area as well.”

She said she would encourage those behind setting the fires to instead to take part in the programmes LORAG and others provide.

“I would firstly ask them to stop the attacks on their own community because people are suffering as a result of it, both in terms of not being able to use the facilities and also vital funds being used to replace what is damaged.

“I’d also plead with them to engage with the local youth providers I have already mentioned and develop into positive young people who can bring benefits to the area instead of bringing it down.”