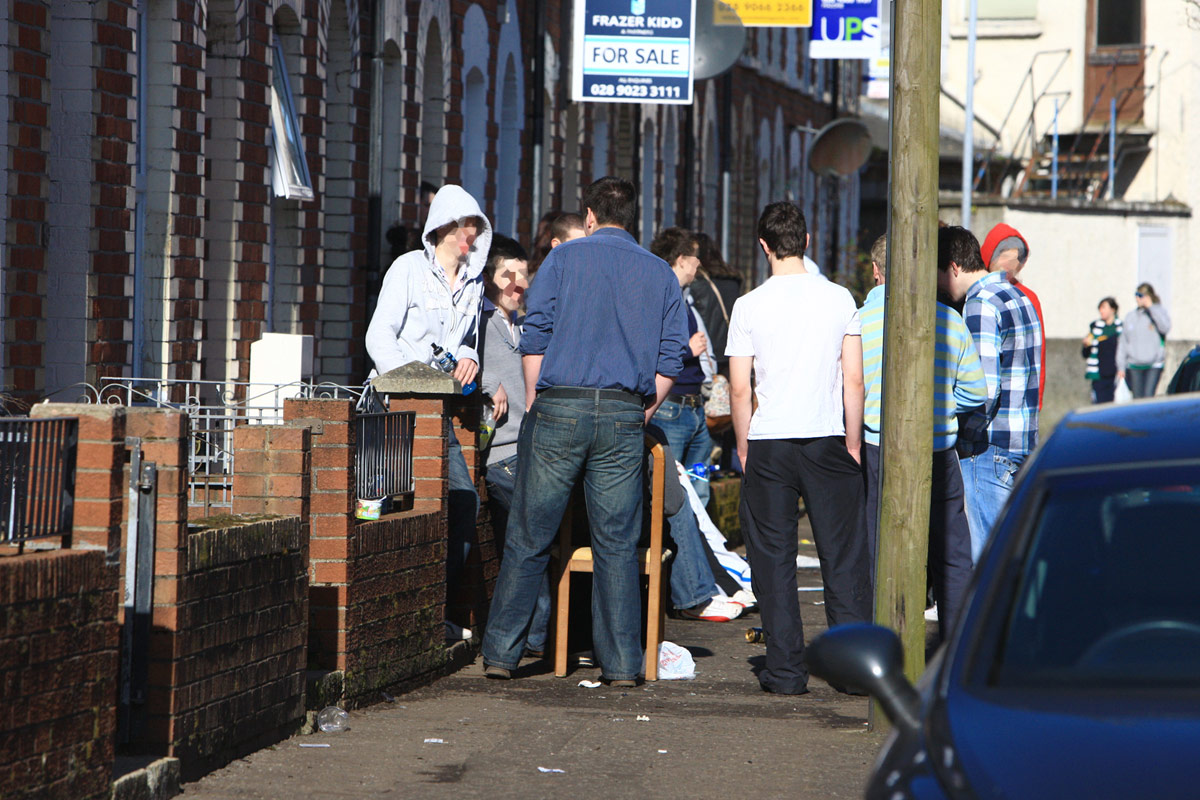 THE student community in South Belfast has been cited as one of the reasons for a recent spike in trouble including violent crime.

Members of the District Policing Partnership were told that an increase in reports to cops over anti-social behaviour occurred during Freshers Week in September when new students arrive in areas including the Holyland and Stranmillis.

A total of 1,676 incidents of anti-social behaviour were recorded between April and September, up 215 from last year. Police revealed Freshers Week saw an increase of reports in Belfast.

Meanwhile, violence leading to injury has also increased by a worrying 17 per cent to 796. Once again police highlighted a rise during Freshers Week.

“We are finding that during this period there are a lot of new people in South Belfast for university and in many cases they bring their friends from home to go out for the night,” the Area Commander said.

The summer months also saw a rise in reports of noise from parties and youths causing trouble, but CI Moran revealed initiatives were ongoing to reduce all incidents, including engaging with local young people in “team building” tasks.

The meeting was also updated on anti-social behaviour incidents in the Balmoral area, where the PSNI worked alongside the NI Housing Executive to target a number of individuals responsible for causing problems with neighbours.

“Warnings were issued to tenants in relation to their behaviour and these could lead to them being evicted from their properties should their behaviour continue,” he added.

“We are finding  there are a lot of new people in South Belfast for university and in many cases they bring their friends from home to go out for the night.”