Antrim aiming to upset the odds against Cavan 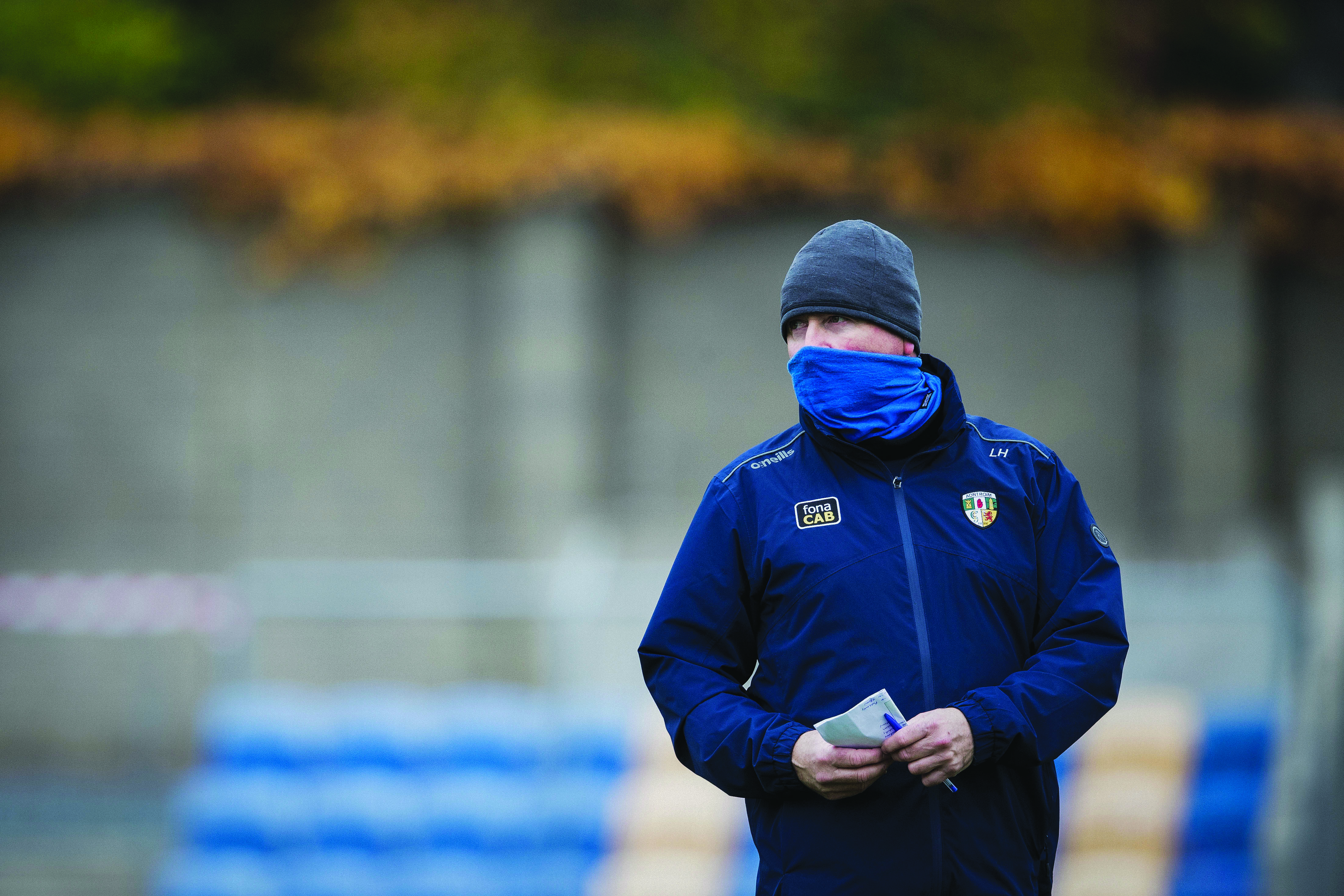 THE hunter becomes the hunted this Saturday as Cavan host Antrim in Kingspan Breffni Park for a place in the semi-final of this year’s Ulster Senior Football Championship.

Last weekend in Clones, Cavan pulled off the first major upset in this year’s Championship by defeating a strongly-fancied Monaghan side after extra-time. Seamus McEnaney’s side looked set for a comfortable win and led by seven points at half-time.

A victory for Monaghan would have left Antrim with home advantage on Saturday with the game scheduled for Corrigan Park.

Cavan though had other ideas and a stunning comeback forced extra-time with goalkeeper Ray Galligan kicking a 55-metre free over the bar with the last kick of the game to seal a one-point win for his side.

The Breffnimen are now odds-on favourites to progress to a semi-final meeting with either Down or Fermanagh, but Mickey Graham says his side, who were relegated to Division Three last month, won’t be underestimating the challenge posed by Antrim.

“Where we stand in Cavan at this moment in time, we’ll not look too far further than Antrim,” said Graham.

“These are games that, in past we’ve found difficult, especially after a big performance.

“The challenge for us is to back this up. Because it is winter football, there is going to be a lot of upsets over the course of this Championship. We have to make sure that we get back to the basics and get our feet back on the ground.”

The Cavan boss also hailed the fighting spirit shown by his side in Clones on Saturday as they knocked Monaghan out of this year’s Championship.

“At half-time were calm. We knew we gave up a couple of soft scores before half-time that meant Monaghan had a bit of a lead on us,” added Graham.

“We felt, with the wind in the second half, we weren’t going to sit back and invite Monaghan on to us. We were going to go at it. It is knockout football now. You don’t get a second chance. We said we’d have no regrets in the second half.

For Antrim, their league campaign also ended in disappointment with a third successive third-place finish in Division Four. Failure to secure promotion was exacerbated by a humbling 25-point defeat in Wicklow in their penultimate outing.

That was followed by a venue controversary ahead of their clash with Waterford with the Munster side refusing to travel to the North, citing Covid-19 concerns. Antrim claimed a seven-point win over Waterford with Geraldine’s GAC near Dundalk hosting the round seven fixture.

Antrim boss Lenny Harbinson admits it has been a testing period for the Saffrons ahead of their Ulster SFC meeting with Cavan.

“No disrespect to the performance put in by Wicklow, but we were very flat-footed,” stated Harbinson.

“Most certainly, it was not representative of what Antrim, in particularly the senior football panel, is about.

“On the day in Aughrim, they were by far the better team and they seemed to be that bit sharper and more tuned in.

“We tried to pick up the pieces the following week. We knew we were better than that and we were looking forward to a home game.

“Then the subsequent challenges around the Waterford game with them saying they want to play, but they didn’t want to play in the North - it left a bit of a sour taste in the mouth to be honest.

“We needed the game, particularly in advance of the Ulster Championship.”

Prior to the Wicklow game, Harbinson bolstered the panel with Kevin O’Boyle, Ryan Murray, Mark Sweeney and Paddy McCormick being drafted in.

At the beginning of the year, Michael and Tomás McCann  and Paddy Cunningham also returned to the county set-up.

Should Antrim lose on Saturday, there will be speculation on whether or not the experienced members of the panel stay on for another season. Harbinson, whose three-year tenure as manager would also end with a defeat, expressed his hope that the squad would remain together for the 2021 campaign.

“I’ve no idea what is going to happen next year in terms of players and Covid and where we go,” said Harbinson.

“That (experience) is probably something we’ve missed over the last number of years. “Whenever I asked the likes of Mick (McCann), Paddy (Cunningham) and ‘Kobo’ (Kevin O’Boyle) back, we changed things around.

“At the beginning of the year, before Covid kicked in, we went against the grain and decided we would train three times a week instead of what a lot of other counties are doing – four or five nights a week.”

Since his return, O’Boyle hasn’t looked out of place in the full-back line and seems certain to start on Saturday and is likely to pick up Oisin Pierson, who scored Cavan’s first goal last Saturday.

Against Waterford, Cunningham was Antrim’s best player in the first half while Michael McCann was outstanding in the second.

Killian Brady and James Smith started at midfield for Cavan with Gearoid McKiernan giving them an added physical presence for kick-outs.

Thomas Galligan also impressed when replacing Smith for the second half so Graham has plenty of options.

In stark contrast, Antrim have struggled badly at midfield all season and failure to retain possession from Oisin Kerr’s kickouts on Saturday could prove fatal. Starting McCann at midfield could help give Antrim a platform while Marty Johnston remains sidelined through injury.

Antrim’s have only recorded one win in Ulster in the last 10 years - 2014’s win over Fermanagh in Brewster Park. They did manage to defeat Cavan when the sides last met in the Ulster Championship back in 2009 with Antrim claiming a three-point semi-final victory in Clones.

Such upsets are a reminder that anything can happen in Championship football. In recent seasons, Antrim have struggled to cope with physically-imposing sides. Having caused a shock themselves last weekend, Cavan ought to have too much pace and power for Antrim on Saturday.