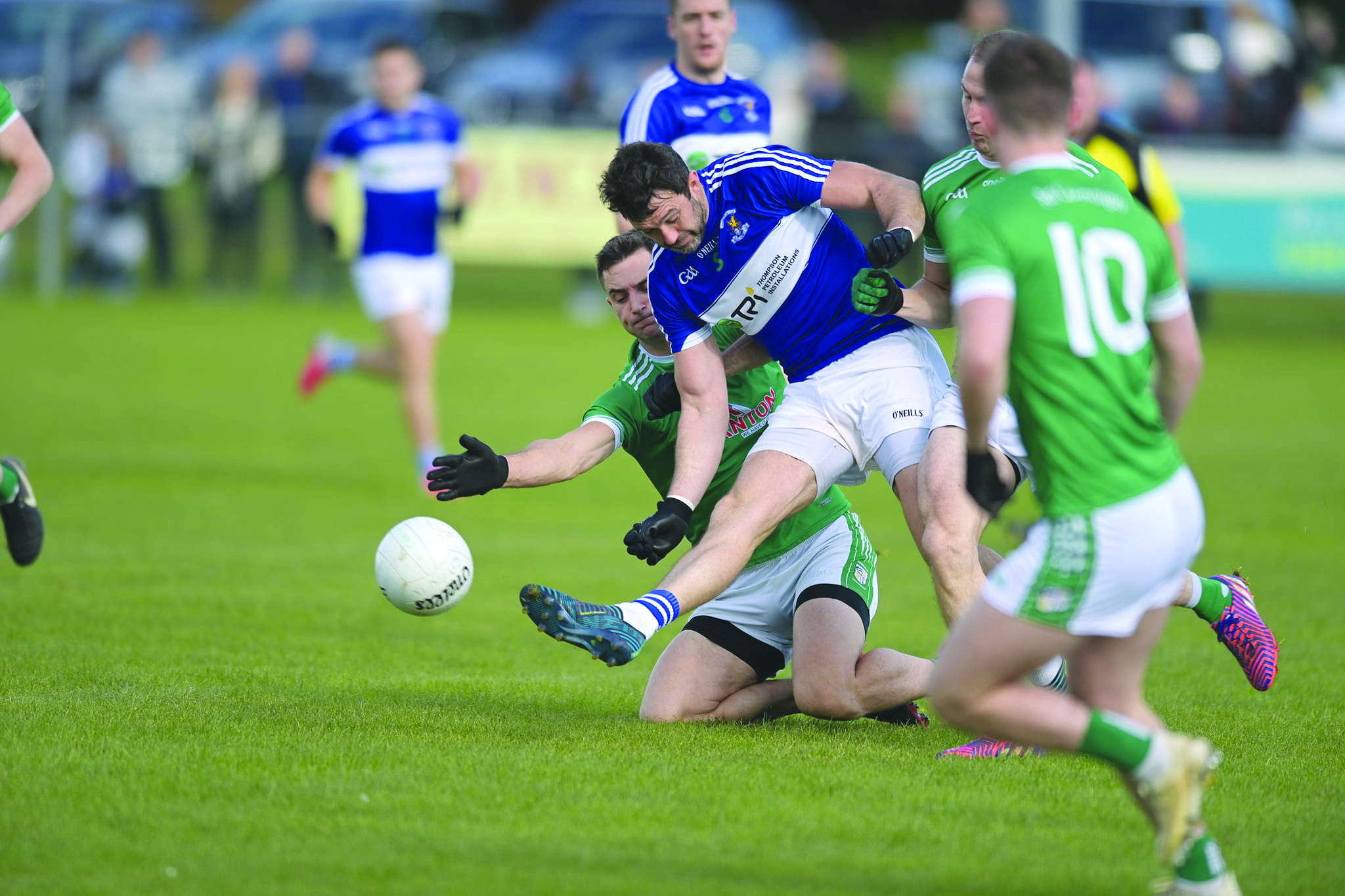 AT the outset of this year’s Antrim Senior Football Championship, many would have considered Creggan to be the main challengers to Cargin’s status as top dogs, but on Sunday at Naomh Éanna, St John’s will be aiming to make their own claim when they face last year’s runner-up with a shot at either Cargin or St Gall’s on offer.

Paddy Nugent’s side could not be coming into this game in a better place having defeated Cargin on the road in their final group game to beat Rossa to second place in Group One and rich the last eight, a result  that many outside of Corrigan Park would not have banked on before throw-in.

But win they did and after failing to reach the knockout stage last term, there is a spring back in the step of all at St John’s who will be quietly confident they can push on following that win in Toome three weeks ago.

They will have to do it without Simon McDonagh who is likely to miss the game due to an arm injury, but there is better news on Conor McEvoy who could be available for selection having sustained a broken finger.

“I went up to Cargin like most other people and you were half thinking if Moneyglass would do us a favour and turn Rossa over,” said St John’s PRO Jim Donnelly.

“You were relying a wee bit on that and going you weren’t going to suffer a bad defeat.

“As it turned out, and don’t underestimate the team Cargin put out, they maybe hadn’t played in a while but they put in a good shift. Our fellas just threw everything they had at it, got a couple of breaks, a couple of goals and deserved to win.”

🖥 All games are live on https://t.co/earFmHq2M2 starting this Saturday at 1pm. pic.twitter.com/hFptT1zN6b

It’s true, Cargin did send out a strong team that day and the result was all down St John’s clicking into gear and getting a win that left Rossa’s win at Moneyglass inconsequential when their rivals had hoped for a favour from the defending champions in order to pip the Johnnies to that knockout berth.

Their win was built on hard work, good counterattacking and getting key scores at the perfect time.

A similar display will be needed on Sunday because they are coming up against a Kickham’s side that breezed through their Group Four campaign, scoring three wins from three and would have been favourite to make it four from four had Gort na Móna not withdrawn from the final, dead rubber fixture.

Still, that lack of a game could be an issue as the Loughshore men have been without a game since September 1 when defeating St Gall’s to wrap up top spot in their group.

That long layoff is far from ideal, but Gerard McNulty’s team has bags of experience and will be ravenous to get over this hurdle and back into a semi-final.

With Ruairi McCann maintaining his impressive form, Ricky and Martin Johnston anchoring the defence, plus the quality of Jamie McCann, Kevin Small and Kevin Rice to name but a few, they will be a formidable challenge for St John’s.

However, the Johnnies aren’t lacking either with Paddy McBride and Matthew Fitzpatrick more than capable of unlocking the Creggan defence.

Domhnall Nugent brings a physicality that will be sure to cause problems, while Conor Johnston’s trickery and pace will be another issue for Creggan to factor in.

It is anticipated this will be an absorbing, tactical battle with both sides sticking to their respective system, probing for openings and keeping things tight at the back.

A high-scoring affair it may not be, but a close contest is likely and while Creggan will begin as favourites, St John’s are high on confidence and will rightly feel they can get the job done.

“The result against Cargin was unexpected, but it has given them a boost and a bit of belief within themselves,” Donnelly added.

“I think their heads are in the right place and hopefully we can go on and put in a good performance this weekend.

“Creggan probably should have been champions last year. Themselves and Cargin are probably the top two in the county and the winners of our game could end up playing Cargin, so it’s a long way off looking at a Championships win. The focus is all about this Sunday.”