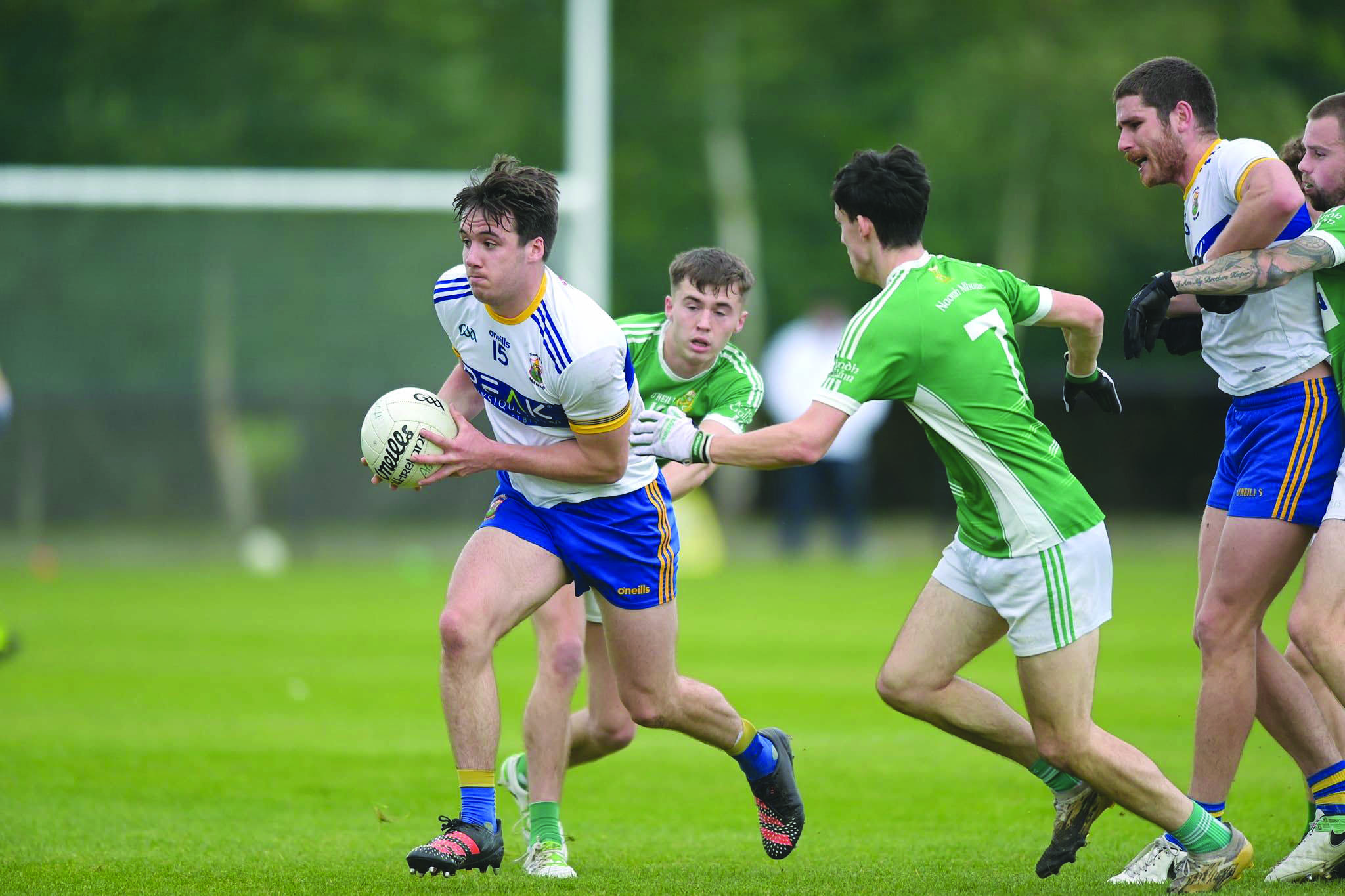 ST BRIGID’S manager Anthony McGrath must feel that he and his team have been stuck in a time warp with how this year’s Northern Switchgear Senior Championship has panned out.

After being paired with Portglenone and Ahoghill in the group stages for the second year running, they have been matched with Aghagallon in the quarter-final in a repeat of last year’s pairing at the same stage (Sunday, 1pm, Hannahstown).

On that occasion at Dunsilly, Aghagallon prevailed with five points to spare and the St Mary’s are also many people’s favourites to come away with a similar result this Sunday.

On route to the quarter-finals, Aghagallon topped Group Three with wins over Gort na Móna and Randalstown respectively.

In their opening fixture against the Gorts, Aghagallon were stunned into action thanks to an early 1-1 from the West Belfast side and had to dig deep for the win that many thought would be straightforward.

Buy our £16 bundle to watch THREE games for the price of TWO! A huge weekend in the @NorthSwitchgear SFC Quarter-Final

But with Eunan Walsh in inspired form and Gareth Magee as accurate as ever, Audi Kelly’s side came out on top with four points to spare.

Against Randalstown the St Mary’s hand was significantly strengthened by the returning trio of Jack Lenehan, Adam Loughran and Luke Mulholland from America with Loughran making an immediate impact.

After Walsh scored a goal in the opening minute, Loughran raised a green flag just fourteen minutes later as Aghagallon easily accounted for Tír na nÓg by 10 points.
St Brigid’s for their part recovered from an opening day four-point defeat to Portglenone to see off Moneyglass comfortably at Musgrave Park.

It’s only live once! Get your golden tickets for this weekend’s @NorthSwitchgear SFC Quarter-Finals

Qualification was secured following a four-point win at Ahoghill, a venue where St Brigid’s victories are few and far between down the years.

Like in the win over Moneyglass, James Smith was again accurate in front of goal and the powerful full-forward will again lead the attack for the South Belfast outfit.
The issue that faces Anthony McGrath faces is who can he rely on to step up and help take the scoring burden of Smith’s shoulders.

Rory Brolly has spent the last year studying in America while Paul Bradley has yet to feature in this year’s championship after a promising league showing.

If the Biddies are to advance to a first semi-final since 2011, then the likes of Peter Webb, Joseph Finnegan and Conor McAleer to step up and ease the scoring burden on Smith.

St Brigid’s county panellist Ronan Boyle would be the most likely candidate to pick up the threat of Loughran.

As well as having being able to handle Loughran defensively, Boyle also has the capabilities of asking questions of Loughran’s own defensive duties and will no doubt try to join his side’s attack where possible.

Last year’s battle was closely fought encounter that hung in the balance until the last kick and this year’s edition looks to be no different. And with Aghagallon carrying a great scoring threat, a similar outcome is on the cards.