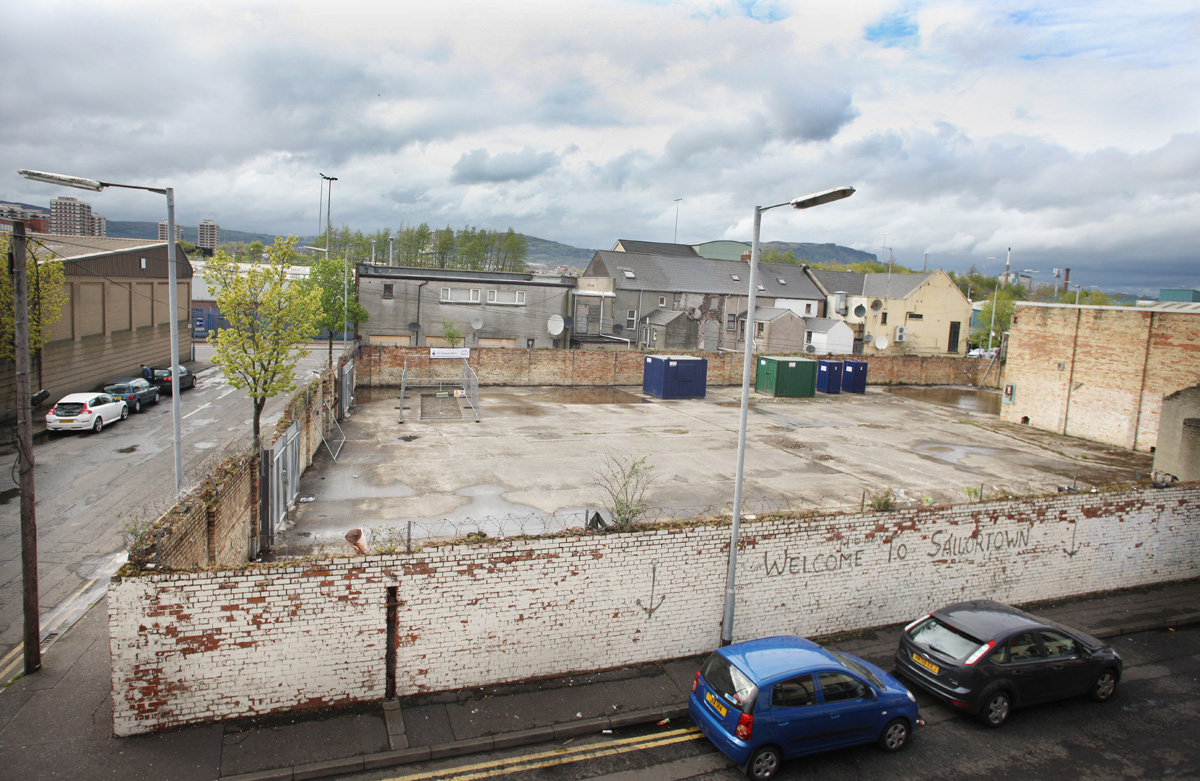 The Sailortown site where the dig was due to take place. The Queen’s team has moved to another location

A planned archaeological dig due to start this week in Belfast has been halted after asbestos was found where academics were planning their excavation.

Now local people are demanding reassurances about the safety of people living near the site.

Daily Belfast understands that routine checks carried out on the site of the old depot at the corner of Pilot Street and Dock Street in the historic Sailortown district revealed the toxic material to be present, and work is now under way to identify another area where an excavation can take place.

The dig was part of a three-year study being carried out by Dr Liz Thomas from Queen’s University tracing the history of the area and how people lived before people were moved to other areas of Belfast.

Charleen Fryers, who lives in Short Street with her two children, said there ‘s a lot of concern locally.

“We got letters round inviting us to come along to the dig and then there was nothing,” she said. “Builders showed up and then left again. We only heard rumours of asbestos but we are all very worried. The kids can get into the site and when they heard there was digging going on they wanted to get involved and were in there over the weekend. Nobody is telling us anything. That site isn’t anywhere near as secure as it should be.”

Neighbour Pat McTasney said everyone in the area is concerned.

Pat Benson from the Sailortown Regeneration Group confirmed there were issues with the site, but another area for the dig had already been identified.

“The dig will have to be relocated and they are looking at another area of Pilot Street so hopefully they will be able to start again,” he said.

He added the asbestos would have to be dealt with as plans have already been finalised to place a children’s playground on the original dig site – that was due to be built once the archaeologists have moved on.

A spokesman for Queen’s University confirmed the dig had been suspended.

“A community research excavation, led by Queen’s University, has been temporarily suspended following the discovery of a small amount of asbestos. Following standard university health and safety protocol, fieldwork was stopped, the site secured, and all relevant parties informed. It is expected that the excavation will resume later this month on a new site.”