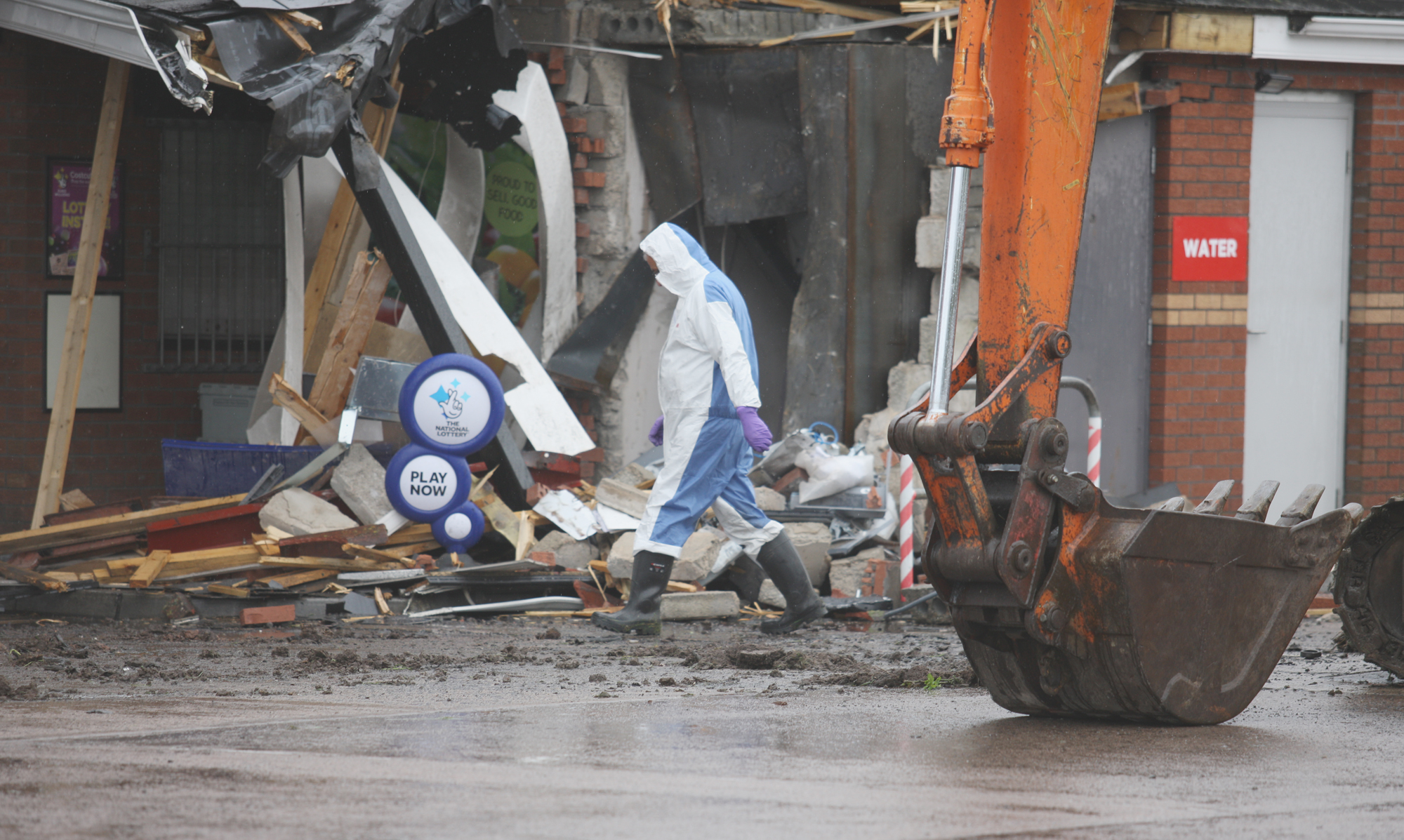 The ATM was recovered at a service station at Tully Road

POLICE have arrested two people after a foiled bid to steal a cash machine in an overnight robbery at a filling station in County Antrim.
The incident happened at around 3.30am this morning on Tully Road, one of the main routes to Belfast International Airport.
The latest attempt at an ATM robbery took place some three miles from the village of Crumlin, scene of a double ATM theft at the local Tesco earlier this month.
Police said they received a report that a digger was being used to rip the cash machine out from the front of the service station.
They said “considerable resources” were directed to the scene and the machine was recovered.
To date there have been 11 incidents involving 14 ATM machines since the beginning of February across the north.