Author wins award for novel based on West Belfast rape 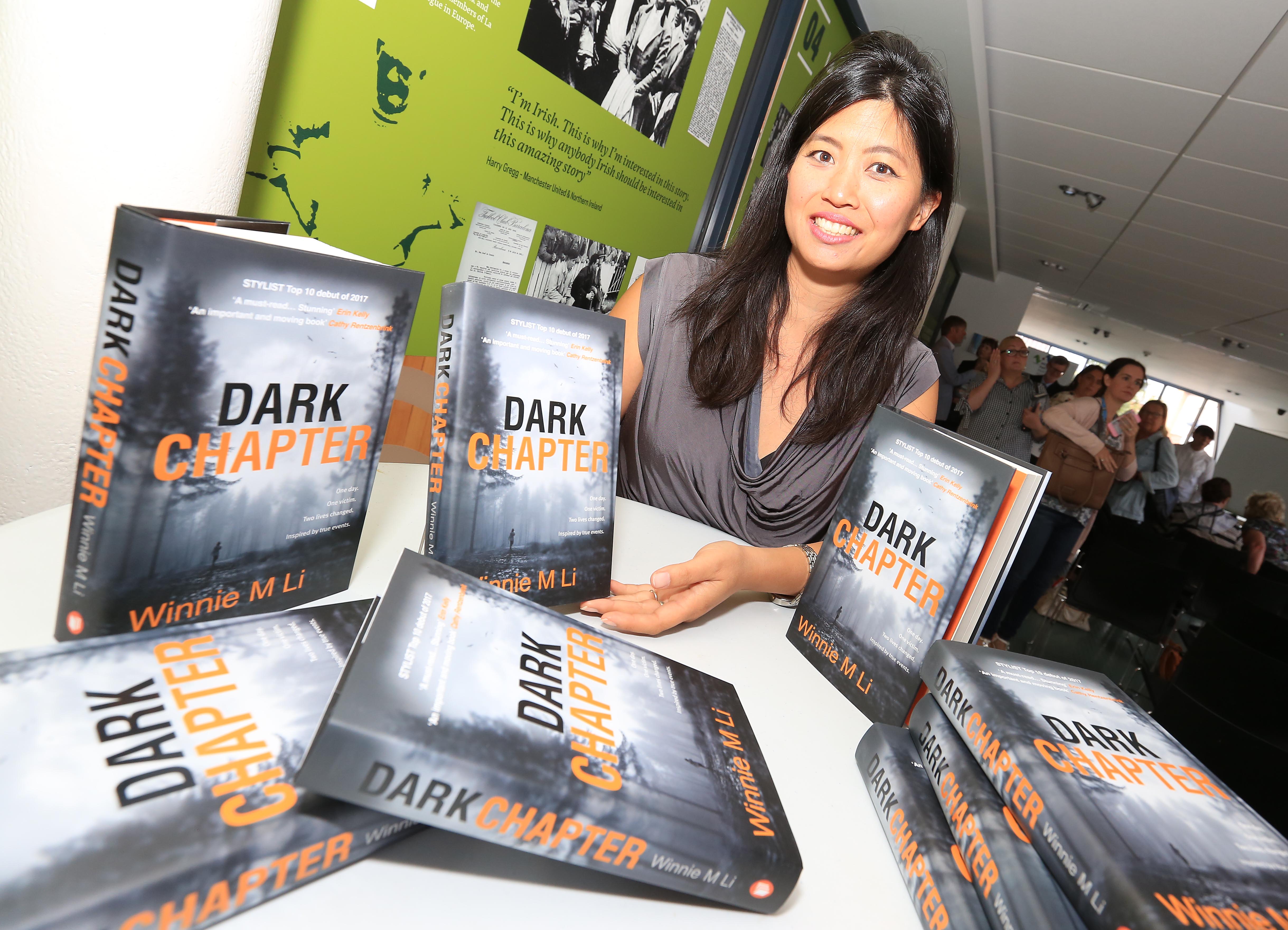 BOOK SIGNING: Winnie M Li during a visit to West Belfast in August

AUTHOR Winnie M Li is celebrating as her debut novel Dark Chapter won the coveted Not the Booker Prize 2017 award.

Winnie’s novel is based on her own harrowing experience of sexual assault while visiting West Belfast.

In April 2008, while hiking through Colin Glen Forest on the outskirts of Lenadoon, the American woman was viciously assaulted and raped – twice.

Dark Chapter is unique in that it explores the crime equally from the perspective of the victim and the perpetrator. In researching for the novel, Winnie wanted to portray not just the consequences but also the roots of sexual violence. Since its publication in June, the book has received critical acclaim.

During this summer’s Féile an Phobail Winnie took part in a Q&A session in the Cultúrlann to discuss the reasons behind transforming a deeply personal experience into a crime novel which has been described as ‘gripping’, ‘nerve-shredding’, and ‘intense’.

Speaking to the Andersonstown News this week Winnie said: “I was incredibly surprised to win the Not The Booker Prize. And in 2008, after my rape in Belfast, if you told me that I would one day win a prize like this, I would have thought it’s impossible.

“It’s been a very long journey for me — first, to recover from that kind of life-changing trauma, and then to transform it into a piece of fiction. So to have Dark Chapter win this prize is quite overwhelming and a reminder of how far I’ve come from a time in my life when I thought everything was over.

“In particular, winning the public vote means that readers out there are willing to embrace a story of sexual assault and its aftermath. And if recent news stories have shown, there are many victims and survivors out there, and these experiences need to be heard and believed as the first step towards change.”