Back to the drawing board for Fryers after Hughes defeat 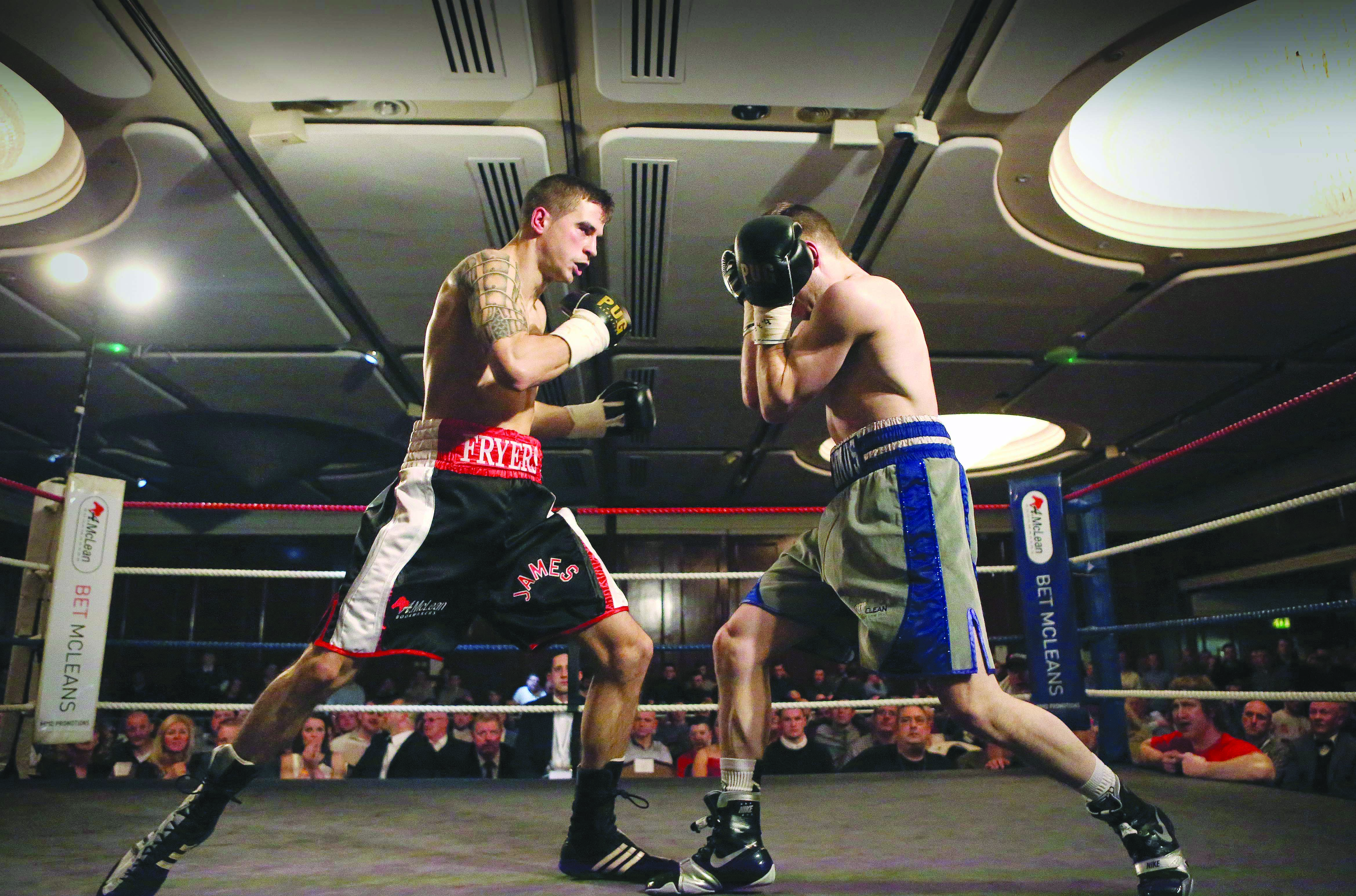 IT is back to the drawing board for James Fryers after he lost out to Maxi Hughes on a split decision in their British super-featherweight eliminator at a packed out Grand Ballroom in the Europa Hotel on Saturday night.

Fryers, his team and supporters may have felt aggrieved at the decision, but in the cold light of day they will surely admit the local favourite just didn't do enough on the night.

Hughes - who brought a vocal support of his own - enjoyed the support of the undefeated British, European, Commonwealth and WBC International featherweight champion Josh Warrington.

His performance was in the same mould as this fellow Yorkshireman as while he may not be a huge puncher, he did set a high, relentless pace and proved an elusive target throughout.

Still, this view was not shared by Fryers who was given the nod by local judge, Hugh Russell Jnr who scored it 98-93 in his favour, but English judges Marcus McDonnell (96-94) and John Keane (97-93) overruled this decision.

“Absolutely disgusted. I thought I nicked it,” said a disappointed Fryers who slipped to 11-1 after.

“I thought I won the first five, shaded the sixth, lost seven and eight, shaded nine and won ten so I thought I won, but that's boxing so what can you do?

“Nothing was landing flush, no jabs or straight lefts. Of course, this is boxing and you're going to get hit, but I was never hit with anything that troubled me and I thought I landed with the more damaging punches and was busier. I thought I lost seven and eight because I fell asleep a bit, but I thought I came back into it. To be honest, I'm a bit lost for words.”

In fairness, it was hard not to agree with the decision as it was Hughes who was doing the cleaner work for the most part.

After a close opening round, the visitor's southpaw approach seemed to be giving Fryers problems as the Belfast man was having trouble finding the target.

Hughes was popping out a stiff, right jab to keep Fryers at bay and when the home fighter did look to land, the Yorkshireman's excellent movement saw him slip the shots and land good counters.

When Fryers did manage to land, Hughes always had an answer and this was surely catching the eye of the judges.

By the mid rounds, it was clear Fryers needed to adjust and he produced a great fifth where he seemed to have turned the tide.

Body shots seemed to be finally slowing Hughes down and in the final seconds, two straight rights snapped his head back. However, the visitor rallied in the sixth and re-established control.

While the rounds may have been close, the visitor just seemed to be doing the cleaner work and although Fryers did produce a strong finish, the suspicion was he had given himself too much to do.

After an unusually long wait, the verdict was announced to the delight of the visitor and his team.

“Me and my team thought we won it unanimous, but we were away from home and know these things happen,” said Hughes.

“Getting the decision away from home shows I clearly won. I would like to thank James Fryers for a good fight. He is a good sportsman, very respectful and I wish him all the best, but this is a great result for me.

“The key was to hit him with the jab because we knew he liked to set himself to let his big shots go, so I kept popping the jab. That kept him off and gave me the space.

“I could tell he was loading up and my game is to spin off because I have a slick defence, move off and then capitalise, counter, let him load up then make him miss and make him pay.”

The leap in class was just slightly too big for Fryers on this occasion who will take a lot from this fight and will undoubtedly come back stronger despite suffering the first blemish on his professional record.

Remaining undefeated is something of a modern day obsession that can prevent fighters from taking too many risks, Fryers must be commended for accepting the challenge. While he will be disappointed it didn't work out on the night, it is merely a setback and not the end of the world for the West Belfast man who still has a very bright future in the sport.

“I can't be fighting journeymen anymore - I needed the step up,” said Fryers who didn't agree Hughes was a step too far at the stage of his career.

“I think out of everyone, Maxi was the perfect opponent and I do think I beat him, but I will have to watch it again.

“It's heartbreaking, but I suppose the monkey's off my back now that I don't have to protect an '0'.

“I will probably motivate me more now that I know what defeat feels like. I don't want to feel like this again, so it will maybe give me that wee bit more motivation.

“Everyone gets beats, unfortunately I did tonight. I will need to sit down and talk to 'Nugget' and see where I went wrong and where I went right. It's back to the drawing board now.”