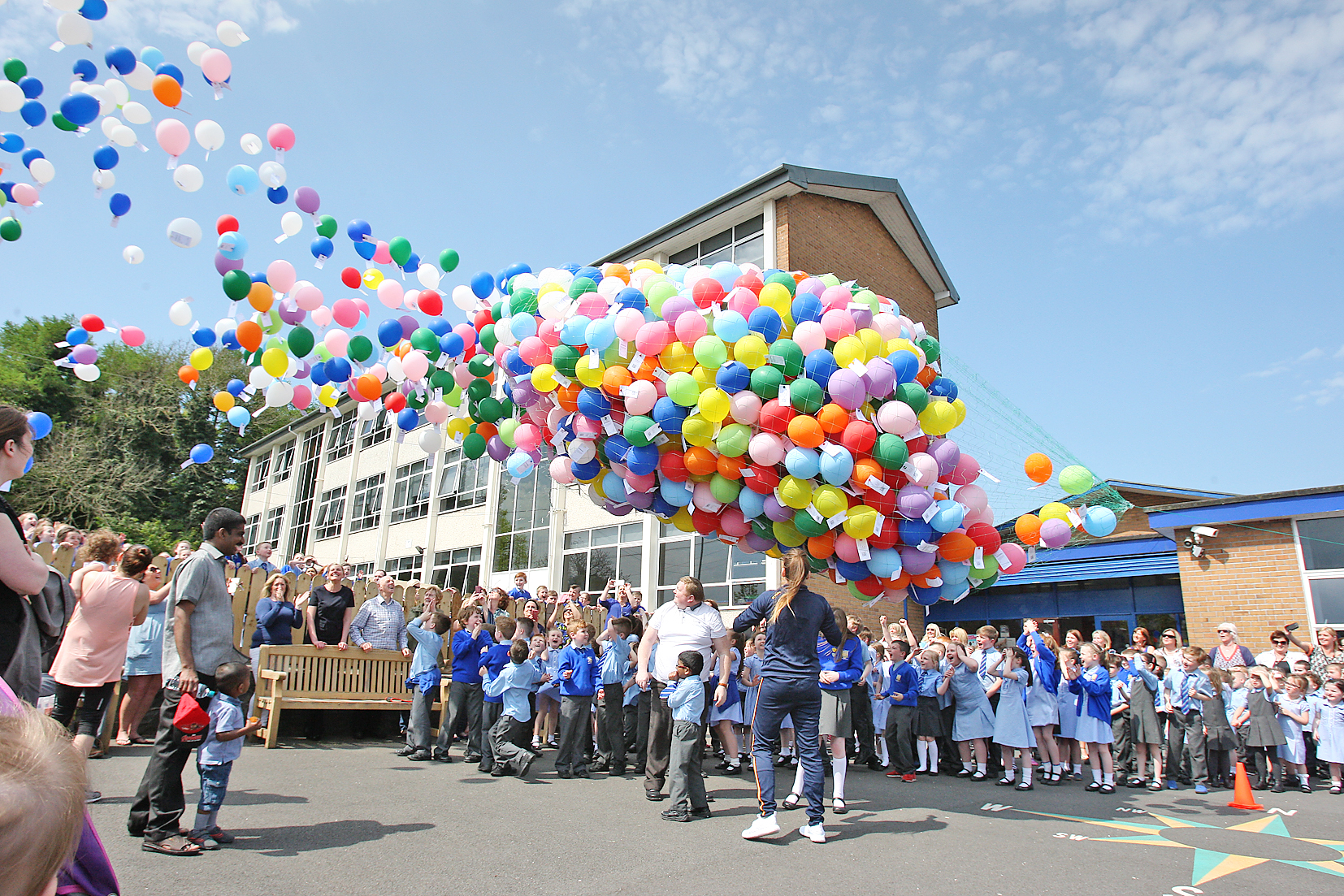 OVER 1,000 balloons filled the skies of Belfast on Monday to mark the official opening of the St Teresa’s Primary School Trim Trail. The event, organised by the Friends of St Teresa’s committee, has raised over £2,500 in aid of school funds.
All Ireland boxing champion and silver medallist in the Commonwealth Games, Michaela Walsh, cut the ribbon to open the Trail along with Springfield Road’s Euro Spar manager Robert McKee, who sponsored the outdoor activity play area.
A sea of colour filled the sun drenched skies amidst a deafening cheer from the all the children and parents who had gathered for the special ceremony.
Primary One pupil Joe Sajo raised a very impressive £120 on his own and was on hand to help release the balloons. Principal Terry Rodgers told the Andersonstown News that it was a very special occasion in the life of the school.
“To see the children, staff and parents working together in such a dramatic way to support improvements in the school makes all the hard work and preparations so worthwhile,” he said. “Monday will be a day to remember for the whole school community and I would like to thank everyone involved in making the day such a great success.”