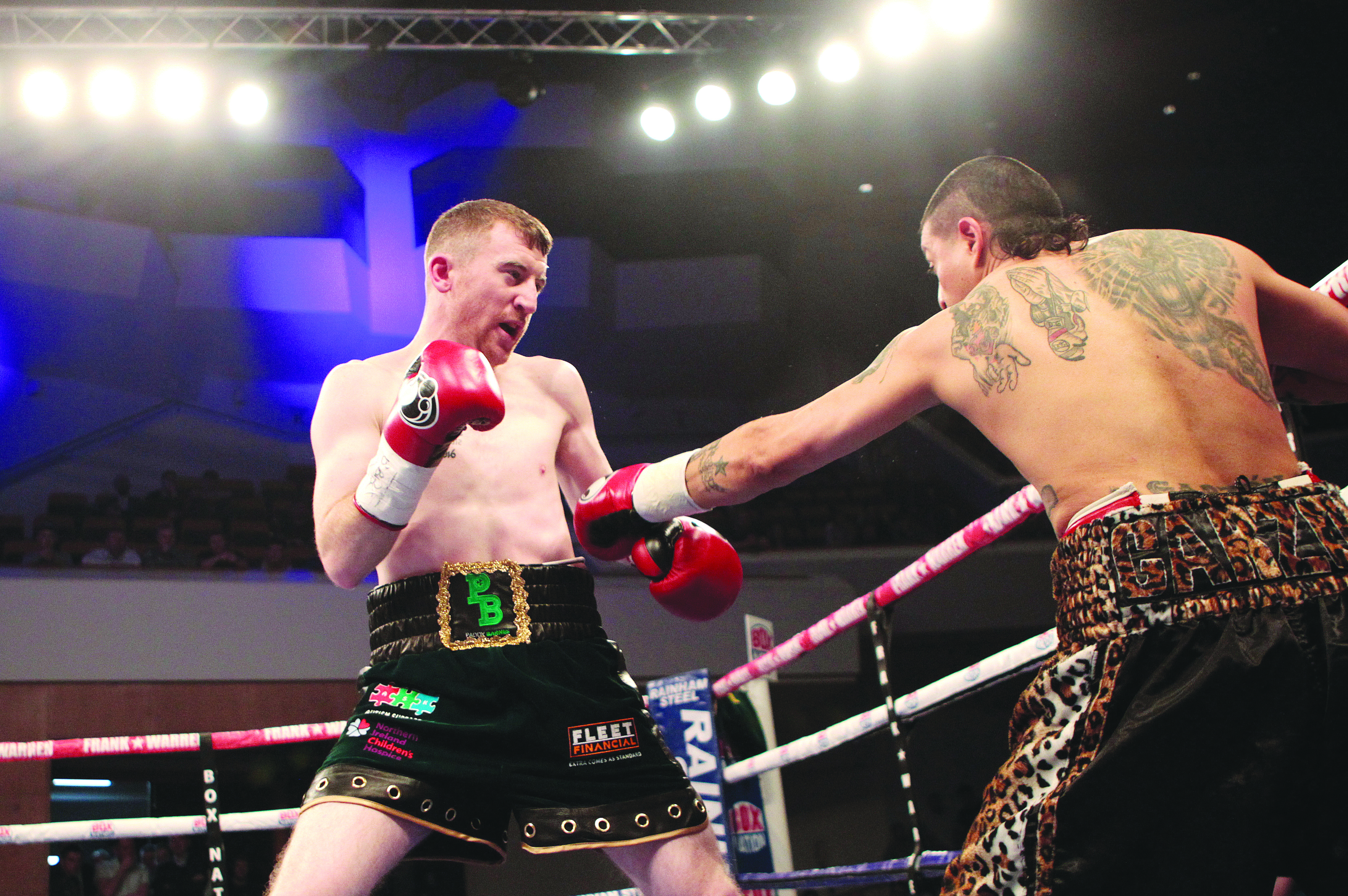 PADDY Barnes enjoyed a much more satisfying night at the Waterfront Hall on Friday when he scored his second professional win with a 60-54 points win over Adrian Dimas Garzon.

With his professional debut ending in farce, this time Barnes faced an opponent who thankfully came to box rather than spoil and get thrown out with Garzon proving to be a tough opponent who represented a decent test for Barnes’ second pro outing.

“That was a step up for me there, but those are the fights I want,” said the North Belfast man after.

“I want a title fight as soon as possible. I was in against a journeyman there and coasted the six rounds. I decided to apply pressure, plant my feet and hurt him, but I got the six rounds in which was good.”

Garzon certainly did not travel to Belfast with the intention of lying down and emphasised that point in the opening round when landing a good right, but Barnes’ vastly superior skills quickly came into play as he looked to find some openings of his own to land quick combinations.

The 29 year-old ‘Leprechaun’ is still making the adjustment to the professional style and he used the six rounds to plant his feel a little more and patiently work the openings against the Argentinian who was waving him in and smiling to try and frustrate the home favourite, but Barnes was not for taking the bait and produced a good six rounds to set himself up for what he hopes will be another step up in April or May.

“I felt good there. After the second round, I thought I was up on my toes too much and was throwing to the head, so Danny just told me to slow it down and coast the rounds, to try and get the six rounds in,” he explained.

“It’s hard for me to slow myself down, but I did it. Three times I was moving away because if I had stayed in the pocket, I would have been throwing loads of punches and Danny would have cracked up. The hardest thing is slowing myself down at the minute, but I did it there.”