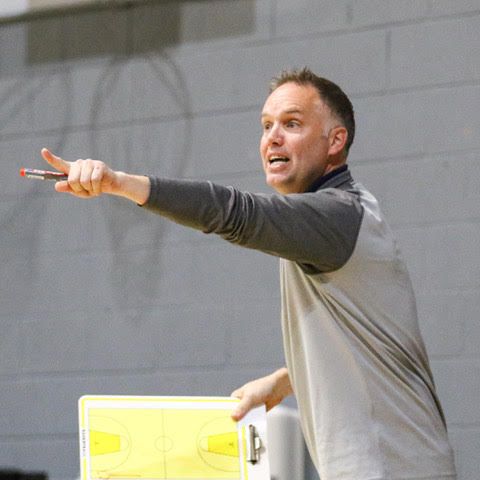 BELFAST Star head coach Adrian Fulton was left disappointed with his side’s scoring tally after defeat in Cork to unbeaten and table-topping Ballincollig.

The long trip south marked the end of their action for 2021 leaving them at four and four for the first half of their injury-hit season, second in their conference and still with lots of work to do in the new year to boost their challenge for the title.

Having racked up over 90 points the previous week against high-riding Tralee Warriors, coach Fulton had hoped his side had overcome the shooting inconsistencies evident over previous games.

And while Ballincollig have dominated all opposition thus far in the league, Fulton felt 68 points was a poor return on the night.

“Look, Ballincollig are a top side but we seemed to be very tentative on Saturday for some reason and I felt we spurned a lot of the opportunities we carved out,” he said.

English pair Max Cooper and Jonny Foulds again hit good numbers for the Belfast side, along with American Austin Beech. However, the game marked the end for Star’s other US player, James Claar, who now will be returning home.

With Star’s next game not being until mid-January, Fulton will urgently turn his attention to replacing Claar with a view to gaining more scoring consistency and stepping up the pressure in the league.

On the upside, however, Fulton is hopeful that injured point guard Paul Dick - blighted by illness and injury so far this season - can return to action sooner than anticipated in early February and make a telling difference over the season run-in.

“We’ve obviously missed someone of the calibre of Paul, as well as Aidan Quinn," he reflected.

"Liam Pettigrew has also been out and we went into the Ballincollig game without Conor Ryan. So injury-wise, we’ll certainly be glad to see the back of 2021.”