Belfast actress Tara has a very busy Christmas ahead of her 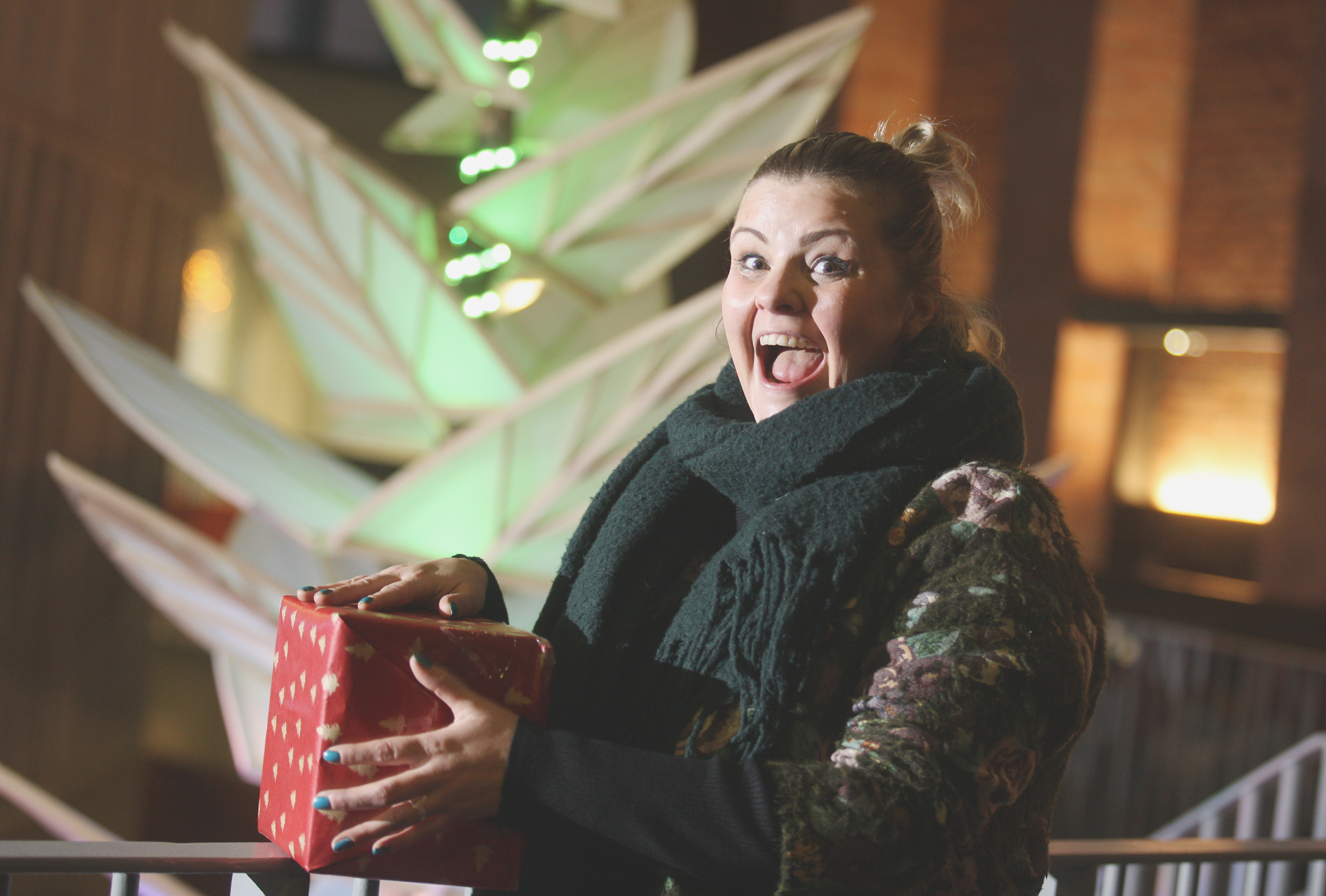 “IT’S hard to write a version of A Christmas Carol as it’s brilliant as it its, everyone knows it so how do you write a new version?” says stage and screen luminary Tara Lynne O’Neill, who has done just that for The MAC stage.

Set in an old theatre in the 1900s, the former St Genevieve’s pupil’s take on the festive and timeless classic will take families of all ages through a journey as they watch all the characters come together to show Ebenezer Scrooge the error of his ways.

“The MAC’s Christmas audience is quite young so to introduce three ghosts can become quite scary so you have to work with that,” she said.

“They always say write what you know and I know the theatre. I’ve set the story in a theatre where Scrooge is a producer, along with Jacob Marley; they were the big theatre producers of the day. There is a term in threatre called the ‘ghost light’; this would have been turned on through the night so that people, who were still working through, wouldn’t have fallen through the trapdoor. I loved that idea and thought this would work as a way to introduce our ghosts.

“This theatre, which Scrooge is in charge of, isn’t making the profit it used to; the ghosts come to life in the hope that Scrooge won’t close down the theatre. The kids who will be in the audience are helping us create this story and it’s a way to introduce such a classic to a younger audience,” she said.

Having starred in panto since she was 19, Tara Lynne will also be starring in Xmas For Dummies at the Grand Opera House with Chris Robinson, “an adult take on the classic 1980’s film Mannequin,” set in Castle Street.
“It’s an hour of a show, either before or after your Christmas party to come in and have a laugh with us. I’m only in one of them so you’ll not be sick of my face,” she laughed.

Having wowed audiences with her Shirley Valentine at The Lyric stage earlier this year, Tara Lynne exclusively reveals that her one-woman tour de force is coming back in 2020 for a new run.

“I’m really excited to be coming back with the show. The amount of feedback we got from people for a 30-year-old play was amazing. Everybody was coming up to me saying how they had ‘got a bit of Shirley in me’.
“You could’ve heard a pin drop most nights in The Lyric. The support for the piece was unbelievable, it is such a gift of a show.”

When not writing, acting or preparing to travel to ‘Greece for a fortnight’, Tara Lynne will be donning ‘Ma’s’ wig again as filming for Derry Girls series three gets underway in April.

“I can’t wait to see what Lisa has instore for this series, I don’t think anyone can wait. It’s all very top secret at the minute. The scripts are so good, let’s hope I don’t get killed off or leave in a black taxi as that’s what happened me in Eastenders,” she laughed.

A Christmas Carol runs at The MAC theatre until January 5 2020. For tickets visit www.themaclive.com
Xmas For Dummies runs at the Grand Opera House from Tuesday December 10 until Sunday December 22. For ticket information visit www.goh.co.uk