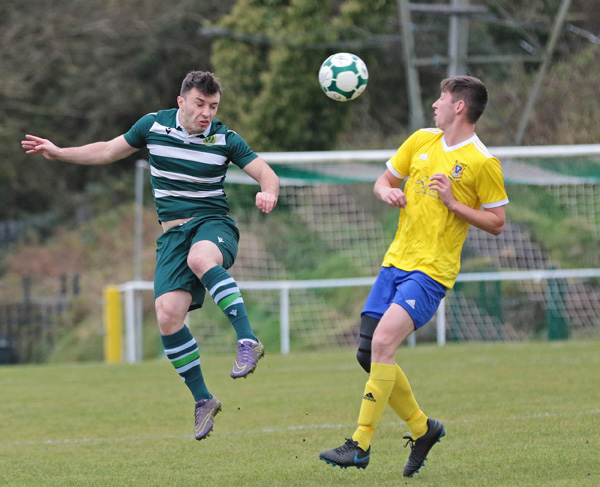 A PLACE in the Steel & Sons Cup final is up for grabs at Seaview on Monday evening when Belfast Celtic and Newington cross swords.

Newington won the competition in 2017 and will have designs of getting back to the Christmas morning final.

Their manager, Conor Crossan feels his side have returned to winning ways in the nick of time as they prepare for the game.

Since they booked their place in the last four of the competition with a 3-0 win at Ballymoney at the end of October, Newington have exited the Irish Cup following a 3-0 home defeat to East Belfast, while they suffered a thumping 5-1 loss in the league away to Portstewart earlier this month.

However, last Saturday’s 2-0 win over Armagh and Holm Park has provided Crossan’s side with a much-needed confidence boost ahead of Monday’s last four tie.

“Against East Belfast, on the day, we were just beaten by a better side. I was very disappointed with the way we performed,” reflected Crossan.

“We were very poor. Against Portstewart, we were beaten 5-1 and mistakes cost us.
“It was another off day. We’d no real complaints. The players were really disappointed and it was a real wake-up call for us.

“It was a much more solid performance (against Armagh) and it was what we needed coming into Monday’s match.”

He added: “I know a bit about Belfast Celtic and I heard a bit about their win over Crumlin Star in the earlier rounds.

“They’re a good footballing side. I’m expecting a tough match and I’m sure they’ll fancy their chances, as will we.

“We had a wee blip there. If we were going in on the back of a third defeat, I wouldn’t be as confident. I saw a few things which pleased me last Saturday against Armagh.”

Newington managed to claim a win over Belfast Celtic in pre-season, but that was before Stephen McAlorum had completed his dealing in the transfer window.

Arguably, one of his best pieces of business during the summer was bringing Antrim GAA star Matthew Fitzpatrick to Glen Road Heights, but Fitzpatrick confirmed this week that he will move to Irish Premiership outfit Coleraine in January.

McAlorum insists his side will be underdogs for the clash having lost out to Newington in pre-season.

“I know them quite well and I know a lot of their boys – they are a good side,” said McAlorum.

“They are similar to us, they are a very hard-working side. We played them and they beat us in pre-season. They are probably favourites going into it. I think it will be a very good game for the neutral to watch.”

He added: “They keep getting stronger and stronger every week. There is a togetherness among them.

“There was no notion of taking it easy (against St Luke’s), it was a very professional job and I am chuffed for them.

“They are a good, hard-working bunch. There are no prima donnas in there. They are an honest group and if you’ve players like that, you won’t be too far away.”