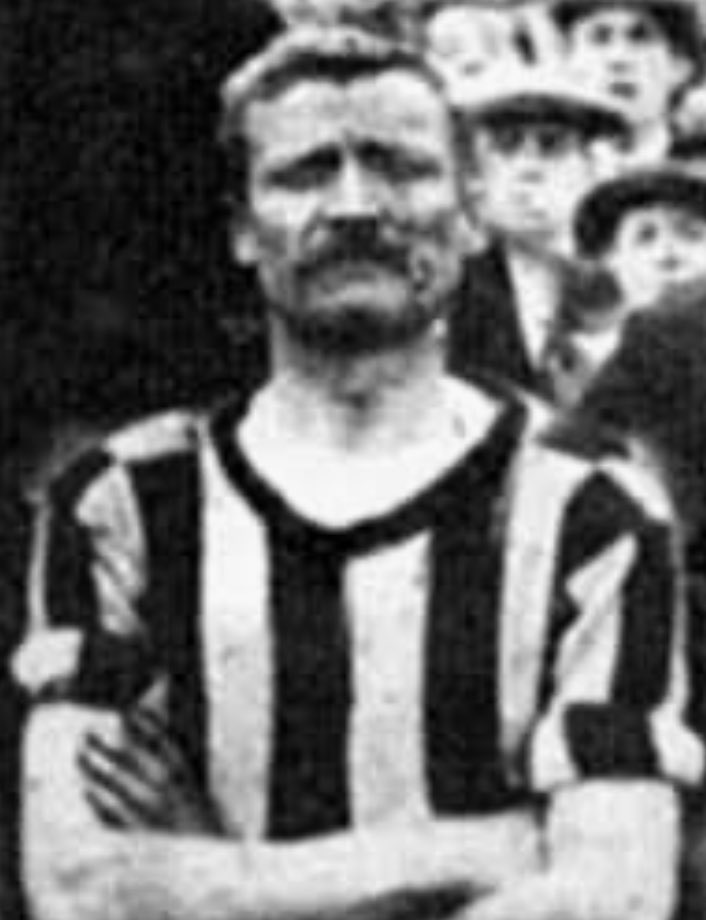 THE Belfast Celtic Society has revealed a further fascinating piece of local footballing history in the form of a professional contract between city’s grand old team and one of its star players.

The 115-year-old contract, which secured the services of Downpatrick footballer Jimmy Connor, is now the oldest artefact in the society’s museum.

Signed on July 1905, the document was for a season-long spell from September 3 of that year until April 30 in 1906. However, Connor was also part of Belfast Celtic’s first league winning side of the 1899-1900 season.
His highly decorated career would see him win virtually every trophy in Irish football, including a further league title with Glentoran and the inaugural Gold Cup in 1912.

The Belfast Celtic Society received the artefact from an anonymous donor, who found it in a pub in County Down.
Speaking about the find, the society’s Chairman, Pádraig Coyle, said: “It means a huge amount to us.
“The donor, when they did a bit of research and saw who this man was, they got in touch with the Society and asked if we would be interested in having them in the museum and of course we were delighted and very pleased that they are there.

“It’s just another bit in the jigsaw of the story that is Belfast Celtic.”

“He was paid a fair wage then, and it’s interesting when you look at the document and see that when they were injured they still got paid provided they showed a doctor’s certificate,” he said,

“It’s another reflection of how Belfast Celtic tried to look after its players in those days. Bear in mind that there wasn’t social security back then, there weren’t employers insurance arrangements, so it would’ve meant a lot to the guy that if he was hurt that his employers would look after him. I’m not sure if that was common practice, but that’s how he was treated by Belfast Celtic.”

Connor was seen as a particularly tough player, who would walk from Downpatrick to Belfast for training sessions, but for all his physical prowess and skill he was, given the time, relatively uneducated and simply signed his contract with an ‘X’.

“It’s absolutely no reflection on him that maybe he wasn’t able to read or write, but how many people back then would’ve had access to education in the way that we do so now,” Mr Coyle explained.

“What became the 11 Plus Act, the Education Act, wasn’t introduced until 1948, so for many people having a basic education just wasn’t as easy, if you lived in a rural area it was much more difficult.

“I hadn’t seen a contract signed with an ‘X’ before I saw his contract. Of course, this was 115 years ago.”

While the contract offers a fascinating insight into Belfast Celtic as a club, Mr Coyle said it contributes to the wider history of the city, particularly around St James’ and the Park Centre site where Celtic Park once sat.
“It all helps to tell the story of that part of the city because at the time Jimmy Connor was playing for them they were the star attraction in that part of the area. People’s lives revolved around seeing Belfast Celtic midweek and on a Saturday.

“The man who would’ve signed Jimmy Connor, his name is at the top of the contract, Robert Barr – he was a school teacher and he gave that up to become full-time secretary of Belfast Celtic Football Club. He worked for them until his death. There is a story there too. You’ll know St James’ and there’s a road (St James’s Park) that leads to Willowbank’s playing pitch and my surmising of it is that he lived in a house back in the day when there wouldn’t have been that road there, but he lived in a house, from what I’ve been told, that led into the Belfast Celtic ground. The story goes that he went out his back door in the morning, down that back garden and out a gate straight into Celtic Park.

He added: “He would’ve been the guy who did all the administration for people like Jimmy Connor, who maybe couldn’t read or write, but he looked after them and made sure they were treated properly.”

During his career Jimmy Connor was picked as an Irish international, receiving 13 caps during a 10-year spell when he played alongside other stars such as Mickey Hamill and Patrick O’Connell who, during a his managerial career, would save Catalan giants FC Barcelona from certain collapse.

Sadly, Jimmy Connor’s life was cut short when he died in the Spanish Flu pandemic of 1918, aged just 41.
It is not known if Jimmy Connor is survived by any family members, but Mr Coyle encouraged anyone with any information about him or Belfast Celtic to help keep the history alive by getting in touch.

“Those of us associated with the Society are just volunteers who love the story and we’re happy in any way to help promote the story,” he enthused.

“If people have anything they want to let us see or talk about then we’re more than willing. Anything at all to keep the story of the incredible football club going.”

Jimmy Connor’s contract will go on display at the Belfast Celtic Society museum in the Park Centre.