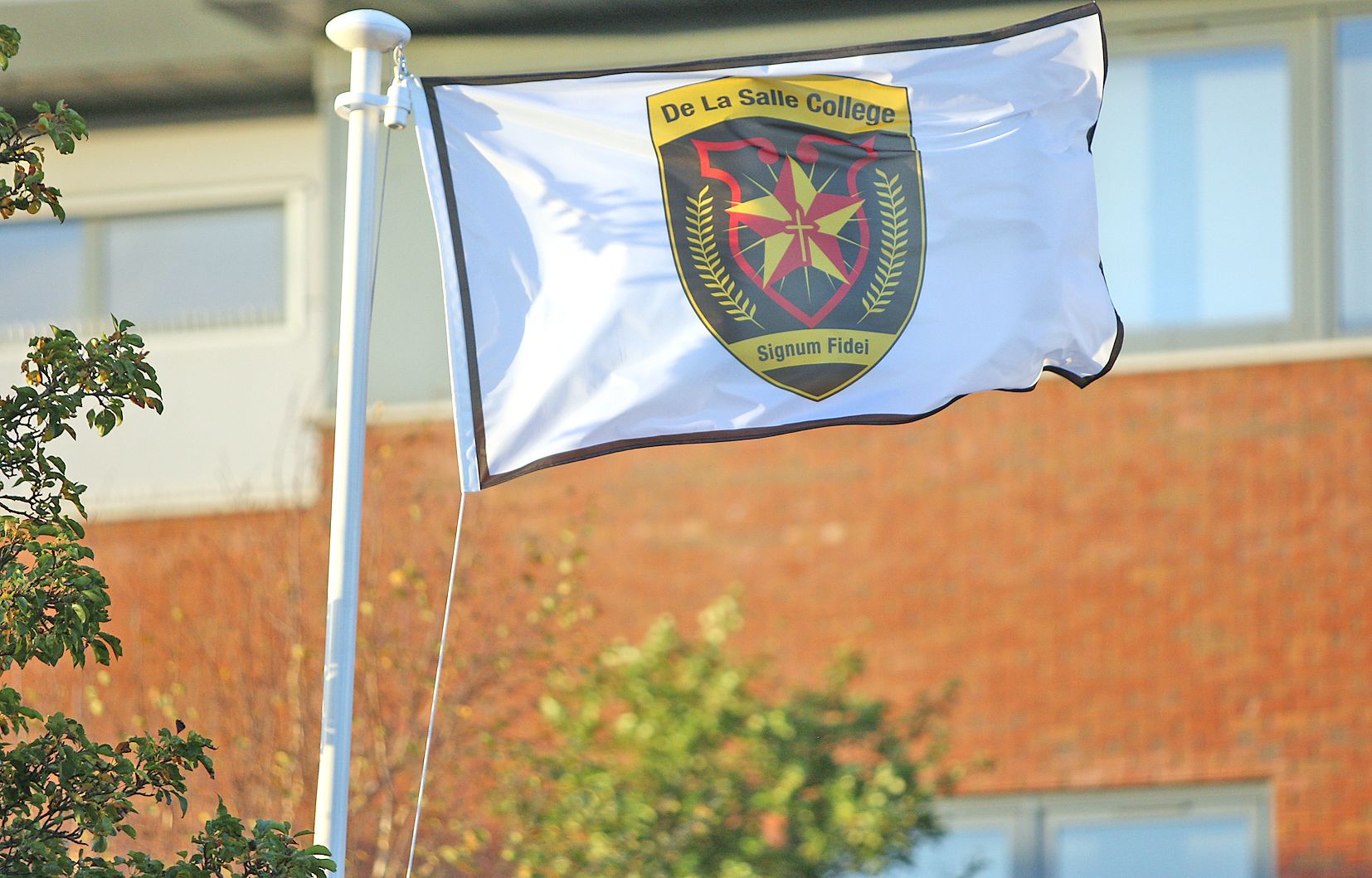 SCHOOLS BEARING BRUNT OF COVID CRISIS: La Salle School in Andersonstown where in one class last week only five pupils were in attendance due to positive Covid tests and self-isolating

HUNDREDS of West Belfast school pupils are isolating at home at any one time because of the coronavirus pandemic, West Belfast MP Paul Maskey has said.

Mr Maskey was speaking as the Stormont Executive was meeting over tightening Covid-19 restrictions, including closing schools for two weeks.

It comes as an increasing number of local schools are being forced to close their doors due to Coronavirus infections.  Schools across the district have been impacted by the virus with staff and pupils having to isolate. Said one school senior management team member, who asked not to be named, "the entire system is collapsing. In some cases, it's the number of children or teachers who have contracted Covid but layered on top of that is the issue of self-isolating which is wiping out whole classrooms and entire teaching departments. In terms of numbers lost, that is the greater issue." It's believed more schools were set to follow St Genevieve's High School, which this week kept doors closed, by pulling down the shutters.

Last week, the Andersonstown News reported that St Louise’s Comprehensive College had taken the decision to close for two days to facilitate a deep clean after several confirmed cases.

Positive cases at De La Salle College and St Mary’s CBGS also saw a number of pupils and staff confined to the home. All Saints College sent some of its staff and pupils home due to contact tracing.

In a letter, St Mary’s Principal Siobhan Kelly confirmed the school would close for an “enhanced clean” on the advice of the Education Authority and Public Health Authority.

“We understand that this is a very difficult time for all of our student and parents but the safety of the members of the school community remains our priorit,” she said.

In a similar statement, St Genevieve’s said it would close for a deep clean “due to multiple confirmed cases over the weekend”.

At another West Belfast primary school, fully one-third of teachers were off with Covid or self-isolating.

Over the last week, St Dominic’s Grammar School and St Colm’s High School have taken the decision to send home its Year 11 pupils due to Covid-19 outbreaks.

Following a request from the Andersonstown News, the Council for Catholic Maintained Schools (CCMS), which operates the majority of West Belfast schools, said that it would not be supplying a breakdown of Covid-19 figures at schools that fall under its remit.

As news of infections continues to break, Paul Maskey said that “hundreds” of local pupils are isolating at any given time.

“What I have heard from some of the schools is that the guidance is poor from the Minister and the Department, so Peter Weir is going to have to step up to the mark here," he said ahead of today's expected announcement of a two-week 'circuit breaker' from this Friday.