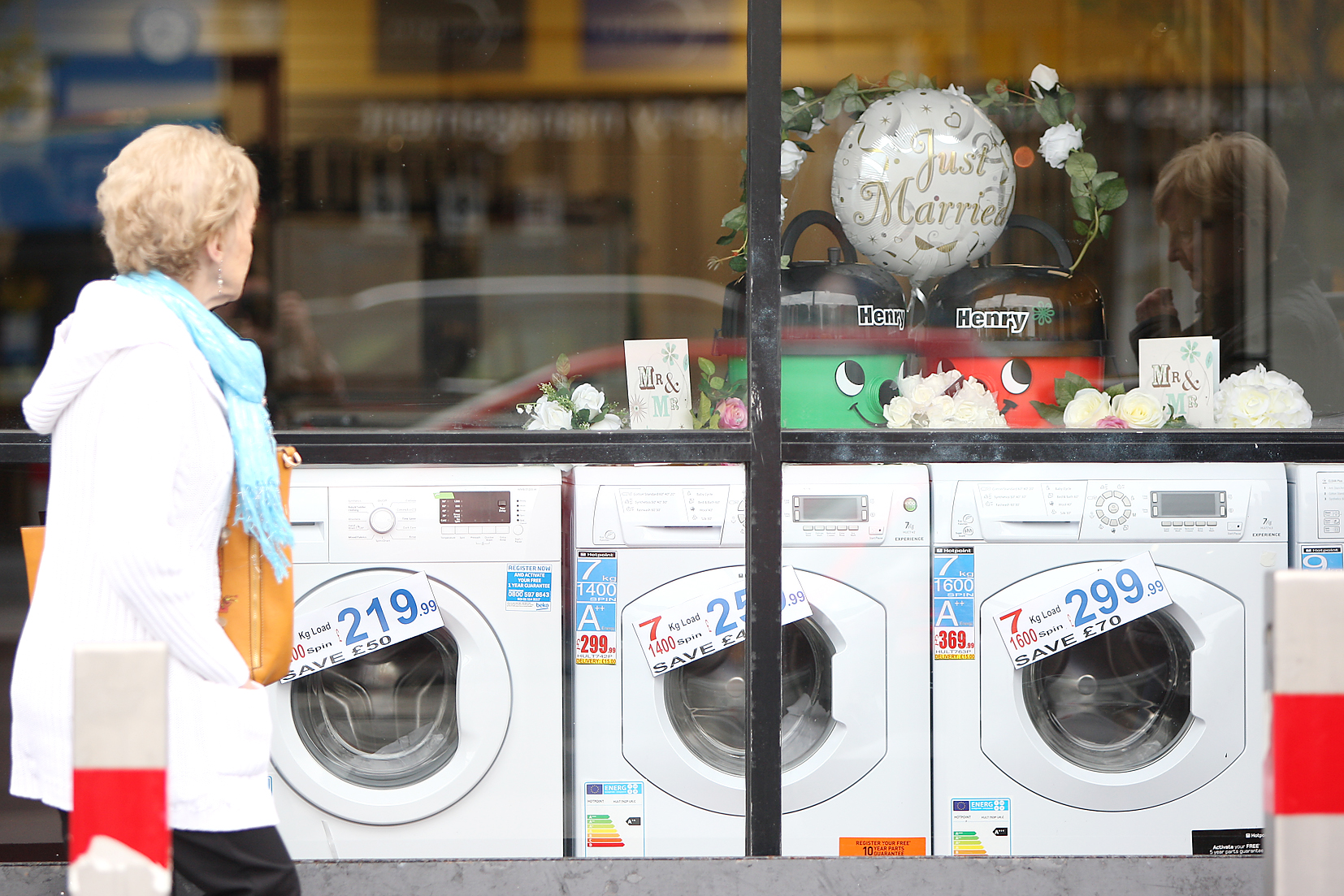 Staff from Noel Grimley Electrics on the Andersonstown Road marked the ‘Yes’ to same-sex marriage by creating a display of two Henry Hoovers with a ‘Just Married’ balloon, flowers and congratulations cards.

The shop posted a picture of the scene on their Facebook page on Saturday and it quickly went viral with thousands of shares and media coverage from across Europe and the United States.

Eamonn Grimley explained they had no idea of the sensation the image would cause when they posted it.

“One of the guys in the shop, Kevin, came up with the idea of doing the display and then he and another guy, Hugh, went into Fancy Fayre next door to get the balloons,” he said.

“We took it down after Saturday but we’ve had so much interest we put it back up again. We’ve had a load of media interest and even CNN have got in touch with us.

“It’s unbelievable how much interest it has created. We’re really delighted and it’s really down to our quick thinking staff.”

The businessman said there has been lots of interest in their take on the referendum result.

Eamonn said the staff has been amazed by the worldwide interest.

“It has created amazing publicity and we’re delighted,” he said. “It was a really light-hearted way of marking what happened on Saturday and it has created so much interest.”