Belfast Star must focus on the league after heavy cup loss 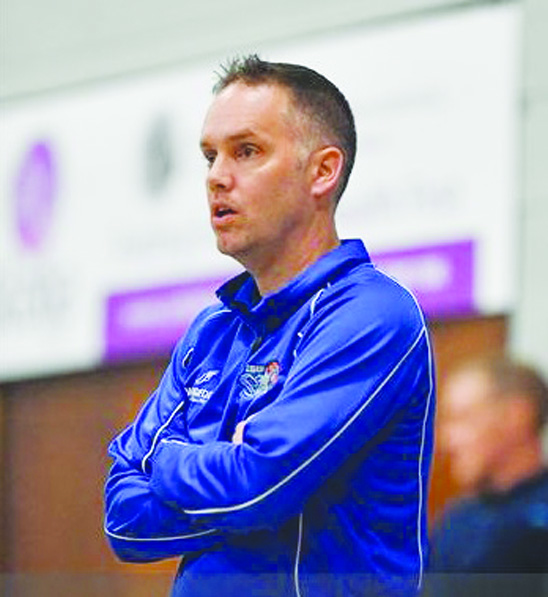 BELFAST STAR return to Super League action this weekend and a home clash with DCU St Vincent’s after a very disappointing 78-63 cup quarter-final exit at the hands of DBS Éanna.

For the first time in a number of weeks, Coach Adrian Fulton had a fully fit roster to play with but nothing seemed to fall right for the home side in a packed La Salle court.

“No doubt about it,” he said, “I’m really disappointed for our supporters who have been excellent for us all season – but we gave them very little to shout about against Éanna.

“We have a chance to rectify that against DCU this weekend but to exit the cup like that hurts.

“Of course, we have to give full credit to Éanna who executed their game plan very well but we just didn’t do ourselves justice.

“The players gave everything and it was particularly good to see Delaney Blaylock back from injury and in good form. But sometimes it just comes down to makes and misses, and we missed far too many scoring opportunities,.”

An early onslaught from Éanna set the tone for the game and the visitors built a 25-12 first quarter lead that was never under any real threat for the rest of the game. Star did step up the pressure in the third and gained some momentum for a brief while, but the visitors’ game execution proved too strong on the night.

Visiting coach Darren McGovern said: “We played Star at home a couple of weeks ago in the league and lost to them.

“They gave us one hell of a battle and we remembered that – we prepped really, really hard all week for this and we got there. We’re delighted. I don’t have any words for the performance – it was breath taking at times.”

The Belfast side will hope to bounce back on Saturday in La Salle, however, when they face St Vincent’s who boast a 4-6 league record versus Star’s 6-4.

“Yes, we go again at the weekend,” said Fulton.

“To be honest, winning the league has to now be our focus and the first step to doing that is to get another good run together.
“Let’s hope we can start that on Saturday night.”

Top scorers for Star were Delaney Blaylock on 26, Ben Marello on 9, and Aidan Quinn on 8. Saturday’s game tips at 6.30pm in La Salle.