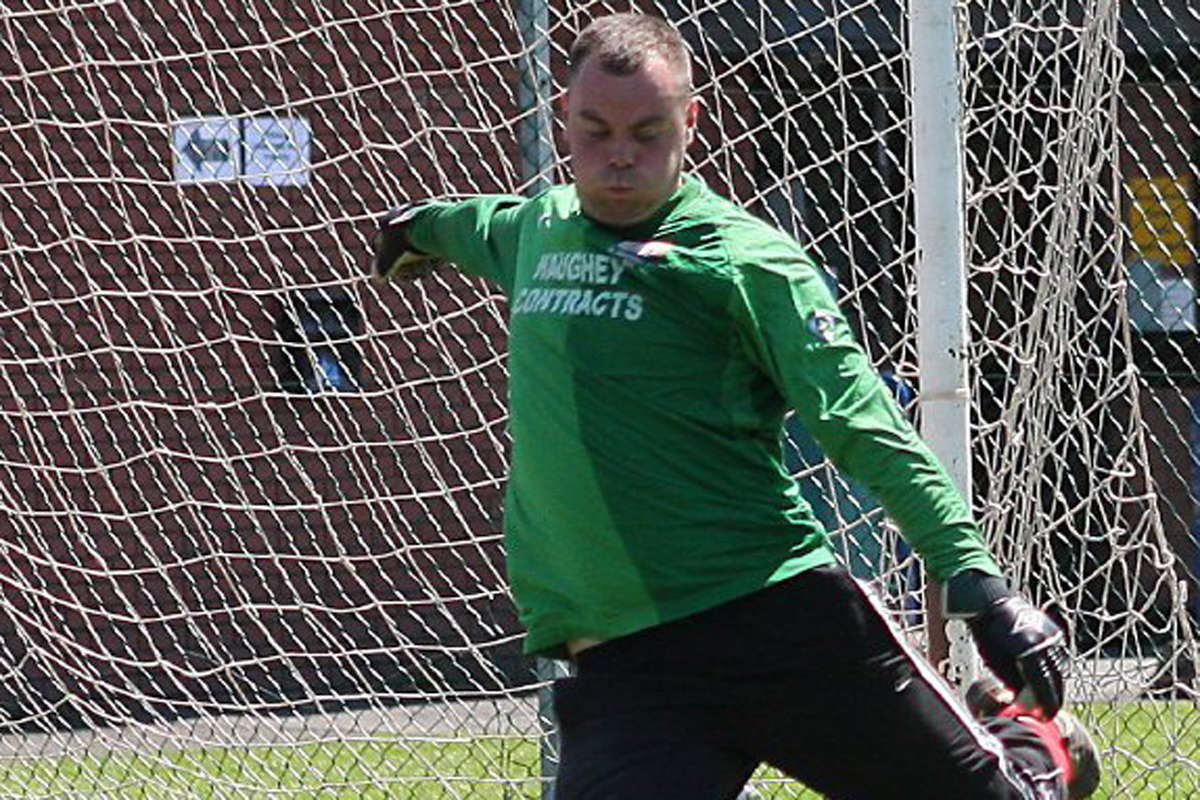 After a two-week lay off due to the weather St Matt’s were chomping at the bit for this game and flew out of the traps.

They won a penalty after two minutes when Paul Prigent played in Stephen Napier who was brought down.

Prigent stepped up to take the penalty only to see the goalkeeper save his tame effort.

Chances went begging for St Matt’s and Tullymore almost took the lead from a free-kick only to see goalkeeper Ciaran Gibson pull off a top class save to keep the game level.

Pressure eventually paid off when Ciaran Boyle continued his rich vein of goalscoring form to put St Matt’s into the lead going into half time thanks to McVeigh’s defence splitting pass.

St Matt’s continued to dominate in the second half with Boyle rounding the keeper before teeing up Burns only to see his effort cleared off the line.

With chances not being converted into goals manager Shields reshuffled his team and brought on Coleman for the hard working Napier while pushing Prigent further forward.

The switches paid dividends with a long clearing header from Turley finding Black who used his lightning pace to get clear before finishing past the goalkeeper.

With time running out manager Shields replaced Black who ran himself into the ground for his team.

In the dying seconds birthday boy Paul Prigent got the goal his performance deserved after chipping the goalkeeper from 30 yards to kill the game off.

Manager Shields said it was a great performance from the lads even with a depleted squad.

This was a great team performance after the terrible result against Whiterock last week.

Ligoniel started the brighter and scored in the opening five minutes with a delicate finish over keeper Turley.

This sparked St Matt’s into life and Gowdy and Kendall got a hold of the game in midfield.

They started to dominate and Gowdy played in McMahon only to see his effort go agonisingly wide.

Right on half time Chris Meighan, normally a keeper, scored a scorching volley from 25 yards into the roof of the net to give the keeper no chance.

The second half started with managers Walsh and Rooney forced into an early substitution with goalscorer Meighan coming off for McMullan.

McMullan got stuck into things and released Bassett down the line, with his cross subsequently handled in the box, which led to a penalty.

With Ligoniel piling on the pressure Ward replaced Turley and again the replacement paid off as Ward fed Anto Meighan who was brought down in the box for St Matt’s second penalty. It was calmly put away by McMahon for his second of the day.

With time running out David Rooney replaced goalscorer McMahon and in the dying seconds his effort from the half way line struck the bar with the Ligoniel keeper nowhere to be seen.

“This was a great team performance and I couldn’t pick a man of the match. Everyone dug deep for that result and I’m very proud of the lads,” said manager Walsh.