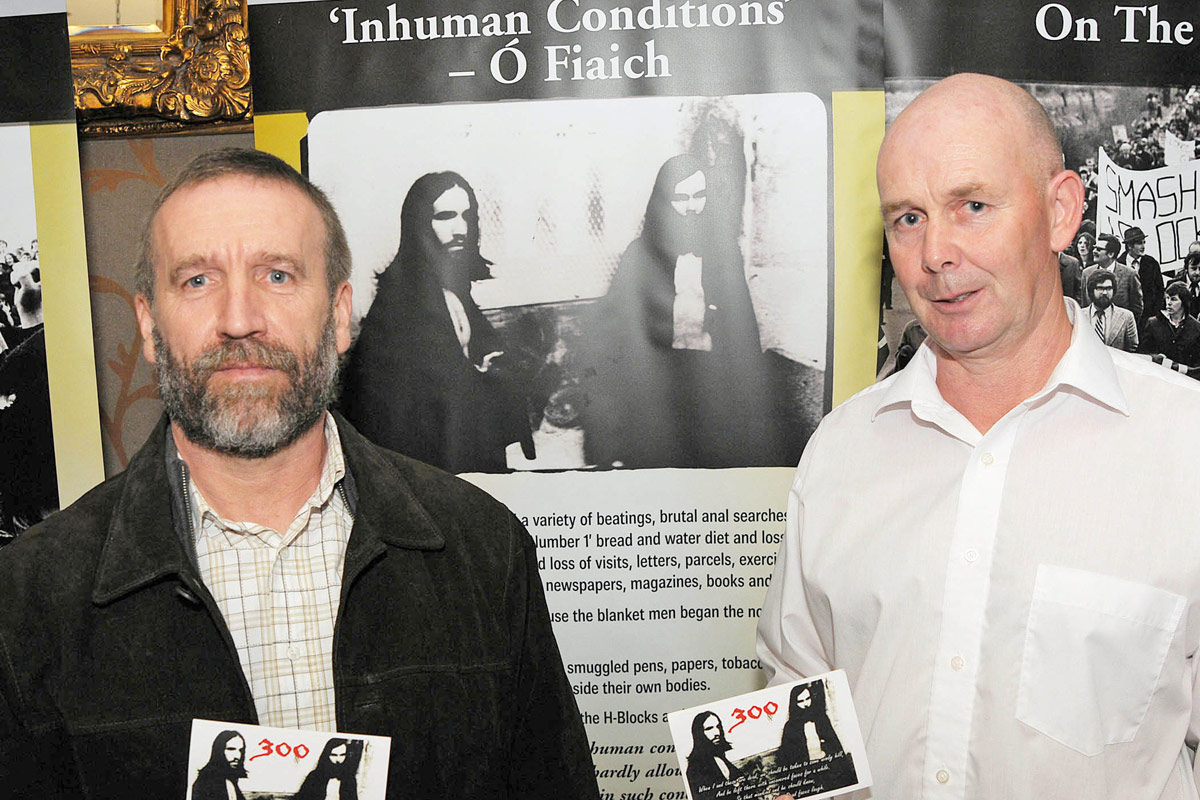 There were emotional scenes at the weekend as hundreds of former  blanketmen met in West Belfast – many for the first time since leaving the H-Blocks. It was the biggest gathering of blanketmen since they suffered together in Long Kesh during those dark days of 1976 to 1981.

Last Saturday, men who were on the blanket in the H-Blocks of Long Kesh gathered at the Emerald Roadhouse in Finaghy for the event. They were joined by women who served in Armagh Prison during the same period.

As we reported last week, the reunion was organised by local man Séamus Kearney who, with the help of four other former blanketmen, had been working on the get-together for a year.

“The atmosphere was electric on the night, I’m getting comments from everyone saying how much they enjoyed it.  There were people who hadn’t seen each other in 30 years, everyone was hugging each other, it was just amazing.

“The Armagh women got their photos taken together too and everyone was in great form. Fr Raymond Murray represented the Armagh women as he was the chaplain at the prison back then.  It was great that he could come.

“The ten hunger strikers got their medals presented first. Nine families were there, Bobby Sands’ family asked Colm Scullion to accept the medal for Bobby and he will pass it on as Colm had shared a cell with Bobby.

“We are delighted with the how the night went and I am still on a high.”

The family of hunger striker Patsy O’Hara contacted the Andersonstown News to express their gratitude to Séamus for organising the event.

“The family of INLA volunteer Patsy O’Hara, the fourth hunger striker to die in the protest of 1981, wish to offer our heartfelt gratitude to Séamus Kearney for organising the Blanketmen/Armagh Women reunion at the Emerald Roadhouse last Saturday night.

“The tremendous gathering of republican socialists who stood together against everything the British government tried to break them in those fateful years from 1976 to 1981 was an emotional but happy occasion for us,” said the family.

“Our 82-year-old mother Peggy was able to meet comrades of Patsy for the first time and to sit again with the families of the other hunger strikers. But the amazing thing about it was that party politics was left outside and we all became united again, albeit for those few hours.

“A bond was created all those years ago, both inside and outside the prison, that will never be broken.

“And to his credit, Séamus Kearney put together an event that reinforced that bond,” they added.