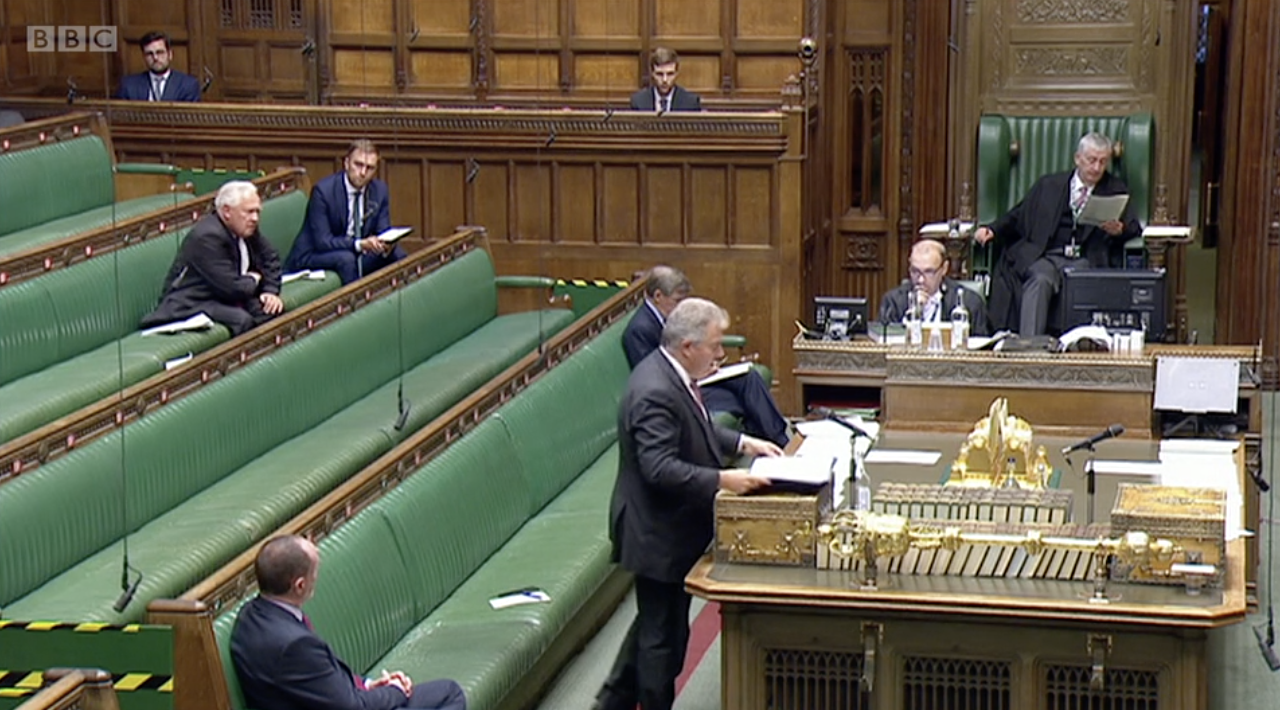 THE statement by British Secretary of State Brandon Lewis that the British government’s intentions are to break international law as part of their reneging on the EU Withdrawal Agreement is a Rubicon crossed. A Rubicon that divides Britain from a place of law, scrutiny and accountability to pariah state. A state where no rules any longer apply.

That may well suit Brexiteer MPs and the cowboys with vested interests behind them, but we on this island truly live in a different place. The majority of our population voted overwhelmingly for the Good Friday Agreement. This peace agreement was an historic compromise based on international law. The associated constitutional status quo was possible because of the voters’ compromise to accept majority consent.

The union with Britain since 1998 is maintained as a result of commitment to international law and majority consent. The two go hand in hand.

British commitment to international legal frameworks began to be undermined immediately after England’s vote to leave the European Union.

British commitment to international legal frameworks began to be undermined immediately after England’s vote to leave the European Union. The Good Friday Agreement was an evident inconvenience and afterthought for those hell-bent on Brexit. However, Dublin and Europe defended our hard-won peace and late last year English politicians led by Boris Johnson compromised and gave their word and signature to a Withdrawal Agreement which re-established the primacy of law and agreement in the face of Brexit.

This week we see that not only is England’s word not her bond, but that England isn’t even bothered pretending any more. They are willing to break the law and to hell with the consequences. The consequences are that the Good Friday Agreement and peace on this island are fundamentally undermined. And worse than that, law itself is undermined. The British Secretary of State has told us all that law does not matter. He has told us that those in power can discard the law in favour of their own interest. How can anyone ever again negotiate with this English Prime Minister or government in Brussels, Dublin or Belfast?

This cannot stand. We are citizens living in our own country. We have seen the victims of our conflict treated with contempt by this British government as they tore up the Stormont House Agreement. We have seen Irish citizenship made a mockery of as citizens born in their own country are told they might call themselves Irish but are actually British. We have seen our rights to full membership of the European Union discarded against our will. We have seen the Good Friday Agreement all but torn up in front of our eyes by a Minister of Her Majesty’s Government at a dispatch box as he says, “We will break international law.”
No more can we tolerate such abuse and disregard.

Also please don't lump Brandon Lewis's words today in with previous misdemeanours like prorogation. The Supreme Court ruled that illegal, but when they did it the Govt considered it to be legal.

Stating you intend to break international law is a new step, even for this bunch.

This Irish government and all of the pro-remain parties must agree a coherent way forward in the face of this appalling vista, and putting the constitutional question to the people must be part of that plan.