Boxing: McCarthy keen to silence rival with hat-trick of titles up for grabs 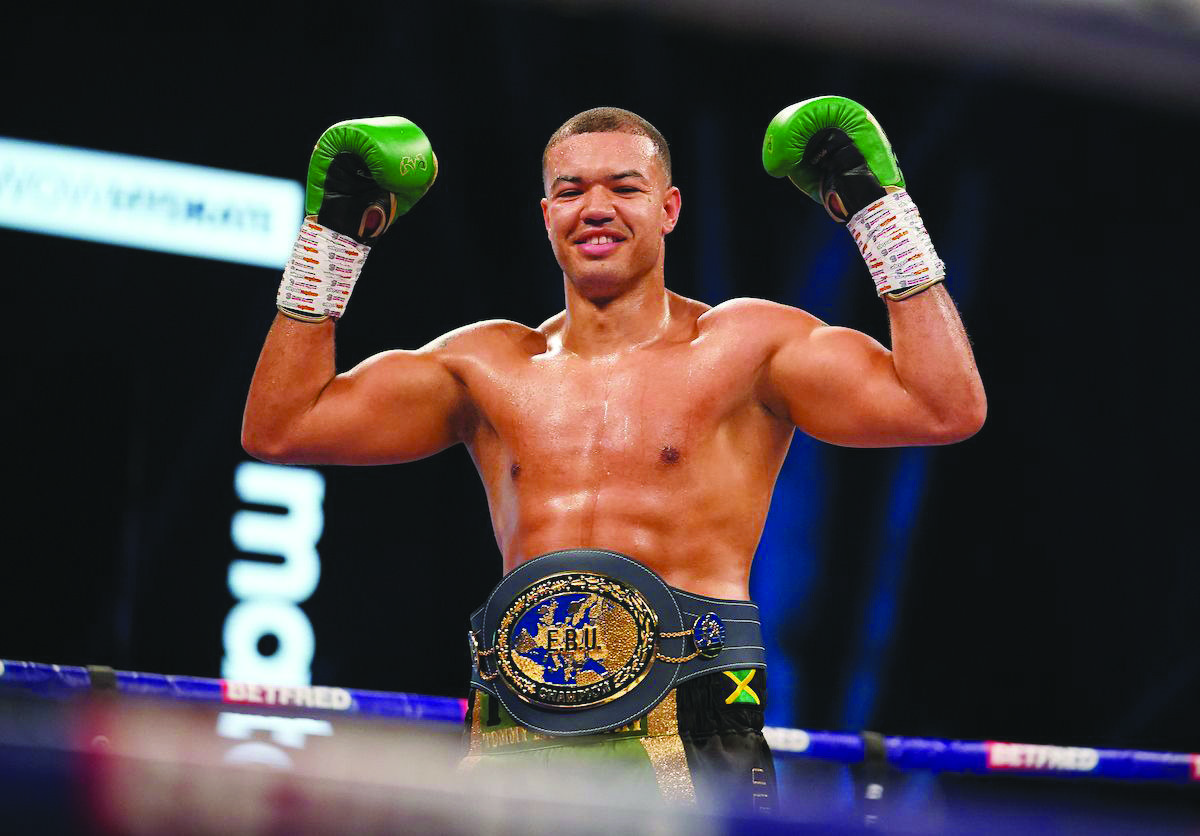 Tommy McCarthy puts his European cruiserweight title on the line this Saturday, but has designs on adding Chris Billam-Smith’s Commonwealth and the vacant British belts to his collection with the winner expected to get a world title shot next Mark Robinson/Matchroom Boxing

WITH a world title shot likely for the winner, there is little more that needs to be riding on Saturday’s cruiserweight clash between Tommy McCarthy and Chris Billam-Smith, but throw in the Belfast man’s European title, the Epsom native’s Cruiserweight strap and the vacant British belt and this grudge match has all the ingredients for a classic.

Matchroom HQ’s plush back garden will be the venue as part of the ‘Fight Camp’ card that will see streaming service DAZN act as broadcaster for Eddie Hearn’s operation in the UK for the first time.

This showdown had been rumoured ever since McCarthy collected the European crown last October and the rivalry has been allowed to simmer, but a tweet from Billam-Smith just days out of McCarthy’s May defence against Alexandru Jur riled the Belfast man and it was announced immediately after ‘Mac Attack’ had taken care of business that the fight was signed and sealed.

The Lenadoon man gave his English rival both barrels in the post-fight interview and with both men desperate to claim what would be a hugely satisfying win, this fight has been moved up to chief support and has all the ingredients to steal the show.

🗣️ "Shane said it... I have the better boxing skills and experience! Chris is rolling a dice here. This is a big mistake" - @Tommymac90 🎲

“He’s just an eejit and has been calling me out for a good year and a half,” said McCarthy earlier this week.

“I’m pushing on and getting close to world honours, so I just felt he was disrespecting me. After all the fights that he’s had, he keeps name-dropping me in the interviews, same as yer man Shane (McGuigan, trainer), so this is finally happening now and I can shut them up. I will put my emotions to the side and take care of business.”

Billam-Smith has claimed that he will win the fight in the mid-to-late rounds, but McCarthy has scoffed at that notion and insists there is nothing in the past to suggest such a scenario will pass.

‘The Gentleman’ has built a record of 12-1 and bounced back from defeat to Richard Riakporhe in 2019 by stopping Craig Glover in the fifth round before a successful defence and then picking up the WBA Continental belt last time out.

A win over McCarthy would undoubtedly represent the biggest of his career, however, and the Belfast man believes his rival’s predictions are made more in hoe than expectation.

“It’s a fake confidence and even in his interviews it seems scripted,” stressed the Lenadoon man.

“Everything about him it seems as though it’s somebody telling him what to say. He’s said (he will stop me) mid-to-late rounds over and over, the exact same sentence in the same way.

McCarthy has also bounced back from a 2019 defeat to Riakporhe to go on a fine run of five straight wins that brought the European title following a hugely impressive win in Italy over Fabio Turchi to land the WBC International belt.

His renaissance has come under the tutelage of Pete Taylor who seems to have been the missing piece of the jigsaw for McCarthy who now looks much more assured of himself and has delivered some impressive displays.

He expects Billam-Smith to come out of the blocks fast on Saturday, but has prepared accordingly and is confident his own game-plan will be enough to se him over the line.

“I have been working away in the gym,” he said.

“Chris Billam-Smith isn’t this exceptional boxer, so the game-plan has been kept pretty simple and I know we’ll come away with the victory.

“He’ll do what he does. He will come out and try to impose his size. He always tries to start strong, but after three or four rounds he fades and is blowing our of his arse.  I think he will try to start fast try to put it on me, but my fitness and conditioning is through the roof.”

McCarthy showed much promise early in his pro career, but a defeat to Matty Askin in a British title eliminator saw things unravel as he was left on the outside looking in for a year before a change of team provided a couple of fights in quick succession.

However, he was again left without action for 12 months before teaming up with manager Mark Dunlop and then coach Taylor that brought opportunities and the required results.

With a world title fight all but assured should he come through on Saturday, a defeat for the 30-year-old could spell disaster and that is not something he is contemplating.

“It’s a big opportunity for me,” he agreed.

“This is a massive career and life-changing fight for me, so I’m busting to get into the ring and do the business.

“This is the last one before going for the world title, so it’s everything to play for. I have had to rebuild twice so I don’t want to do it again.”

With so many sub-plots including a rivalry between the pair and also a genuine grudge between McCarthy and Billam-Smith’s trainer, Shane McGuigan, the Belfast man knows he will need to park the emotions and box with a cool head.

His jab and body work is a huge attribute and will be key to keep Billam-Smith honest. The Englishman does punch with noted power as 10 of his 12 wins have come by stoppage, so it is unlikely we will see McCarthy entering the ring with a gung-ho approach.

Expect him to ease his way in and attempt to frustrate Billam-Smith and, if he suggests, the Commonwealth champion’s tank does empty by the midway point, McCarthy can take over and dominate for long enough to claim all three belts and that shot at the big one next.