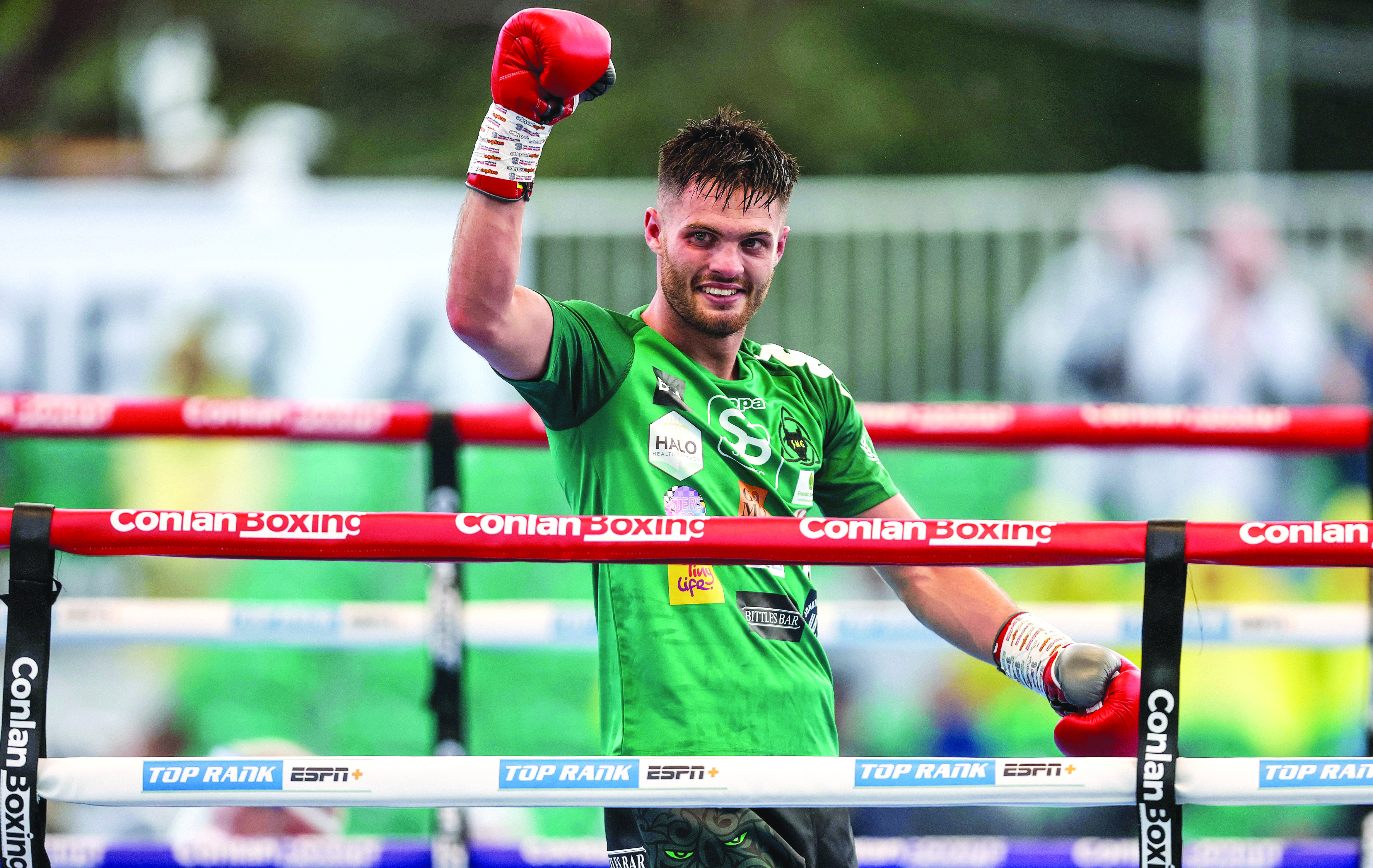 IT’S said you only get one debut, but James McGivern insists Saturday’s fight against Dublin’s Tony McGlynn at the SSE Arena will feel like a third pro bow.

It is will be nine months and one day exactly since the Lower Ormeau man last traded leather, cruising to a points win over Russia’s Rustem Fatkhullin at the Ulster Hall to make it four wins from four.

Forced to bide his time when he would have much rather have been gaining traction in his career was frustrating, but he is back next weekend for what he hopes will be the kick-start he needs.

Now under a new management team at Los Angeles-based Sheer Sports that also contains the McKenna brothers, Aaron and Stephen, Brett McGinty and Donegal’s Jason Quigley - the latter now the man tasked to guide his career - he is ready to start all over again.

“I remember saying my debut behind closed doors was my first, then last year at the Féile was like a second, but this is like a third debut because I’m with a new management,” said the supremely talented 24-year-old southpaw.

“I hope this is the start of me kicking on now. It’s a fresh slate so I’m now with Jason and Sheer Sports.”

McGivern has been only too happy to gamble in Irish derbies, but a planned showdown with Sean Duffy last summer at the Falls Park fell apart due to Duffy contracting Covid.

When the opportunity to take on McGlynn - who is no stranger to fighting in the city with two of his three wins taking place at the Devenish - was put on the table, he was only too happy to roll the dice despite knowing little of his opponent - a former Irish Intermediate champion.

Somebody’s ‘0’ will have to go on the night, but McGiven insists it won’t be him.

“I’ve said it before and I’ll say it again: I’ll fight anybody,” he stressed.

“I won’t be cherry-picking or ducking anybody. I believe wholeheartedly that I’m the best super-featherweight in Ireland, so there’s no point in talking if you can’t go back it up.

“There’s no point in wasting a good all-Irish fight here - I hope the Celtic title can be thrown in here too.

“I’ve never come across him (McGlynn) as an amateur and never crossed paths with him on the national team.

“I’ve never spoken to him before, never seen him box, but I go into every fight like this.

Despite the long layoff, McGivern insists there will be no ring rust on the night and a trip to Manchester to spar European super-featherweight champion Zelfa Barrett and rising prospect Josh Holmes has filled him with confidence he is ready to deliver, despite the step up to eight rounds for the first time.

“I always fight better than I spar and I’ve been sparring well,” he insists.

“After the win back in November I was planning to move to eight, but it has taken longer than expected.

“When the chance came to do eight in this one, I took it because I know I’m fit enough and I’m expecting a pretty big performance.”