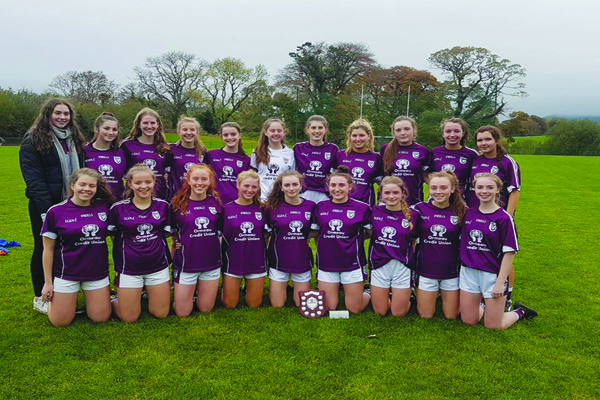 TWO years ago, Bredagh Minor Girls became the first U18 team in the club to win an All-County Minor Title in any code, and they repeated this feat again on Saturday last.

Bredagh entered the game missing girls through injury, academic commitments and suspension, meaning that a win was by no means assured against a strong Carryduff team.

However, the Bredagh Girls fairly much threw the form book out of the window and dominated the first half to effectively have the match in their control by half-time.

The second half saw a determined comeback by the Carryduff girls who deserve great credit for their contribution to the high standard of football played and finishing the game with some excellent scores.

In the end, the Bredagh U18 Girls delivered on months of intensive preparation with teamwork, fast flowing football and effective defending being the order of the day as they sealed a 10-17 to 6-03 win in an entertaining and high-scoring encounter.

Bredagh U18s will now represent Down in the forthcoming Preliminary Round of the Ulster Minor Championship, versus the Fermanagh Champions, this Sunday at 2pm in Cherryvale.