BREXIT MELTDOWN: British are the sole architects of protocol crisis 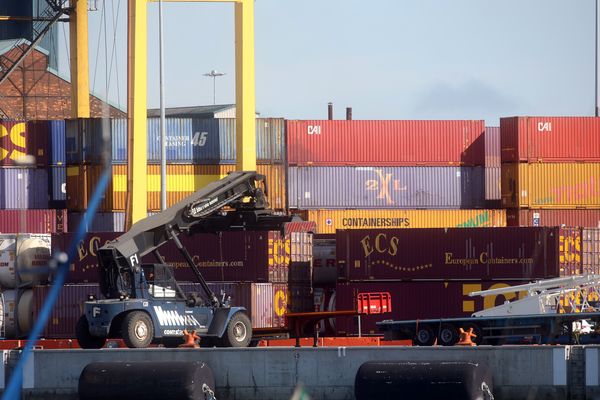 In the shadow of COP26, Frost and ‘Clown’ Johnson are preparing the next steps in their mission to roll back the Ireland/Northern Ireland Protocol.

Great piece from @lukeharding1968 and @peterwalker99 on how the rest of the world saw Boris Johnson at Cop26https://t.co/FwwHzYzzMt

No matter that they negotiated and signed up to the Trade and Cooperation Agreement (TCA) less than a year ago, it is increasingly clear that they did so with little or no intention to honour what they agreed with the EU.

‘[Coveney] said the British government is "deliberately asking for what they know they can't get" and regardless of how the EU has sought to find compromises, it has hardened its position and constantly raised new problems.’ https://t.co/voB1OMrRqN

The approach they are taking is similar to the attack on the Withdrawal Agreement that was set out in July 2020 by the Centre for Brexit Policy (CPB) lobby group – it would be an exaggeration to call it a 'think tank'. The clue is in the CPB report’s title: 'Replacing the Withdrawal Agreement'. This came only six months after the Withdrawal Agreement Act was passed by a majority of 99 in the House of Commons, following Boris Johnson’s election as leader of the Tory party and after he won a general election with a big majority (80) on the promise of “getting Brexit done”.

The CBP, chaired by man of the moment Owen Paterson – Sammy Wilson is also a director – decided after all that Brexit wasn’t quite done. It wasn’t pure enough because the European Court of Justice (the arbiter of EU law) was still lurking in the background. So it proposed replacing the Withdrawal Agreement with a ‘sovereignty compliant agreement’. If the EU didn’t like it, then the UK would walk away from the Withdrawal Agreement.

Frost’s infamous Command Paper, published in July of this year – a mere twelve months after the publication of CBP’s 'Replacing the Withdrawal Agreement' – lays the groundwork for attacking the Protocol, in particular by invoking Article 16. There is nothing strange about Article 16: it is the kind of ‘safeguard’ clause that you would expect to find in any international agreement in case things go wrong in unexpected ways. No, the strange thing about the Brexit Article 16 is the formation of a political campaign, led by the British government, which deliberately and cynically wants to use it in order to destroy a deal that it has just made. Far from getting on with implementing an agreement and ironing out some of the practicalities as you go along, a lobby was formed to actively prevent the deal working. Outside of England, this lobby includes, of course, the DUP, the TUV and the UUP, aided and abetted by the Burn-a-Bus-for-Brexit wing of loyalism.

So the Command Paper does two main things. First it provides some excuses for why the government signed up to something it is now seeking to destroy. Secondly it attempts to assemble evidence for why it is entitled to press the Article 16 button. Article 16 states that if the application of the Protocol “leads to serious economic, societal or environmental difficulties that are liable to persist, or to a diversion of trade”, then either party may take “strictly necessary” safeguarding measures which shall be “restricted with regard to their scope and duration to what is strictly necessary in order to remedy the situation”.

Johnson wrote the foreword to the Command Paper and six months into implementation of the TCA and Protocol he had already decided that it was “not working well”. By this he did not mean the shortages in Britain of truck drivers, crop gathers, butchers, nurses, care workers, doctors, baristas, chefs, waiters, hotel workers etc. Without even trying to implement the Protocol, he already knew that its impact for the North was “profound economically, politically, socially, and commercially”. It is left to Frost’s Command Paper to flesh out the details.

The first question in all of this must be whether the British side has actually implemented the Protocol, or made a sustained effort to do so, including actively reassuring all political parties of the best possible outcomes from the compromise that the Protocol represents. Have they even attempted to make the best of a bad job? At one point, Frost seemed to prefer the company of those close to the thinking of Loyalist armed groups than those parties seeking a pragmatic implementation of the Protocol. The anti-Protocol lobby assumes the Protocol has been brutally implemented – by the good enemy, the EU – and rushes to judgement as to its failures and perverse effects.

The second issue is, how ‘profound’ an impact has the Protocol really had in its relatively short life? For example, how do we distinguish between the on-going existential crisis of unionism and the specific impact of the Protocol on unionists’ sense of belonging to the UK? How much do the majority of people really care about the purity of Brexit in a place where the majority didn’t want Brexit at all? All the indications are that a 'Northern Ireland Protocol crisis' is being talked up and exaggerated to suit the agendas of Brexit Ultras in England. Unionists and loyalists are being played – again.

"This data evidences consensus or near consensus and not a crisis. It does not support the invocation of Article 16 due to societal difficulties. Instead, we find evidence of inter-community consensus, with consent achievable... https://t.co/hromzLppYd pic.twitter.com/jcfN0OibZ8

The third question concerns commercial and broader economic effects. On reflection, it is extraordinary that the British government has put so little effort into promoting and defending the Protocol for keeping the whole of the island of Ireland in the single market for goods while the North continues to export freely to Great Britain, the best of both worlds. Instead, Frost has talked up the issue of “diversion of trade” away from GB/NI towards North/South trade as the primary excuse to trigger Article 16.

It is ironic that in the Command Paper Frost has to rely on data from the Republic’s Central Statistics Office (CSO) to make his point about trade diversion, underlining the fact that the UK does not routinely monitor trade between the devolved entities and regions within the UK, even though economists have lobbied for such data for some time now. The North’s Statistics and Research Agency (NISRA) estimates east/west trade flows, but the latest data (published on the 1st of November) refers to 2019, whereas the CSO publishes trade data N/S and Republic/GB every month.

Frost sees the increase in North/South trade as a “diversion of trade” that proves that Article 16 must be triggered. But who is complaining and who is hurting because supply chains are changing?

Besides has he not looked at NISRA’s data describing NI/GB trade or looked at the different volumes of trade North/South and East/West? If we look at sales of goods and services, it is clear that the proportion of the North’s total trade sales that go to GB went up between 2011 and 2016, but after the Brexit vote there was a decline from 20.9 per cent to 15.7 per cent in 2019.

Sales to the Republic went up from 4.9 per cent of the total in 2016 to 6.3 in 2019. So you might say a “diversion of trade” was in progress well in advance of ‘agreement’ on the TCA. Purchases from GB went up between 2016 and 2018 but ended up slightly below 2013 levels by 2019. They were, nevertheless, four times the volume of purchases from the Republic. So there is a long way to go before N/S trade overtakes E/W trade.

The idea that there is a crisis arising from a Protocol-driven diversion of trade is simply not proven. 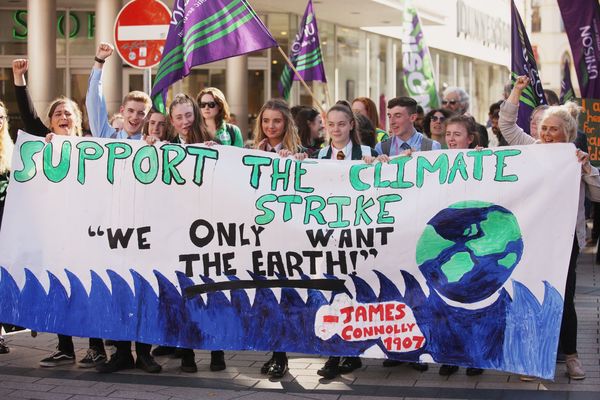 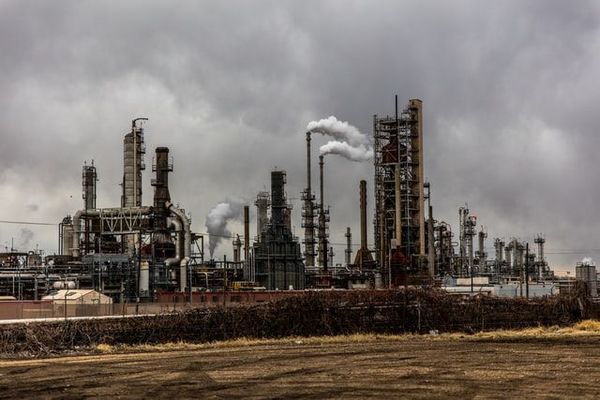 MIKE TOMLINSON: Will Boris use COP26 to end subsidies for fossil fuel industry?