‘British army was looking on as McGurk’s bombers drove away’ 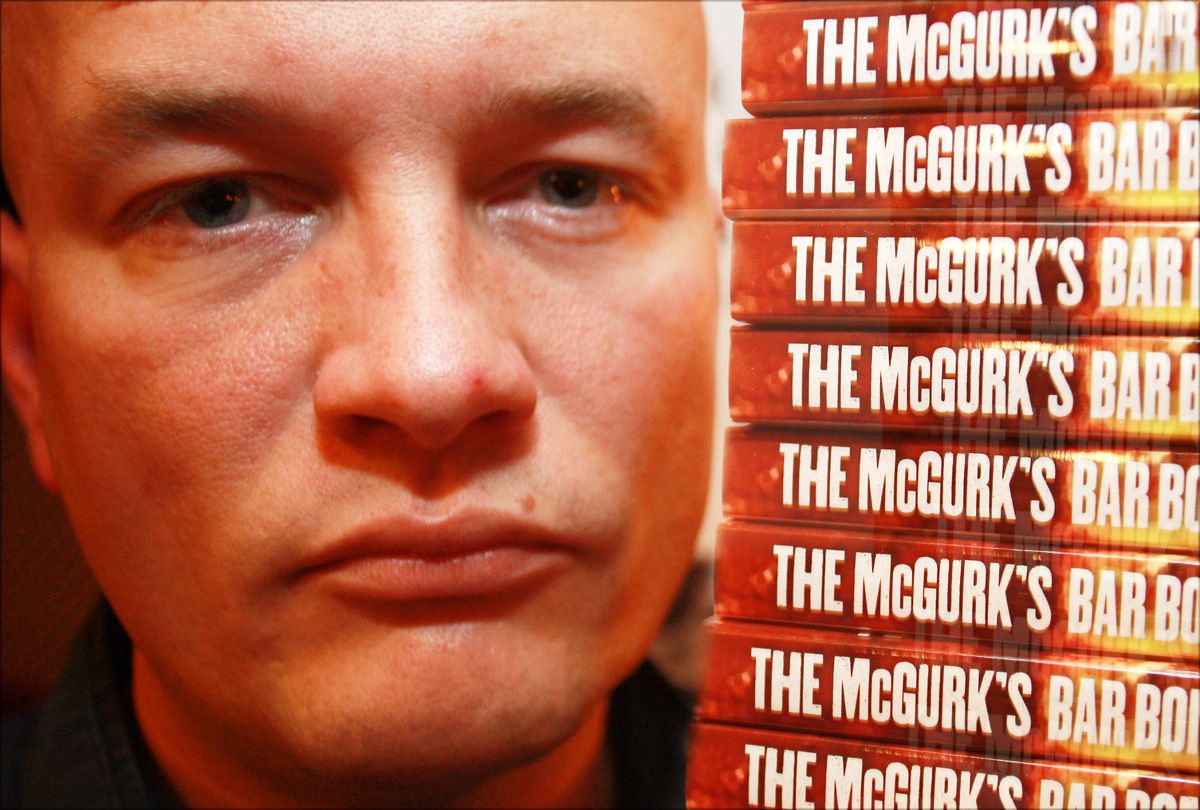 THE grandson of one of the victims of the loyalist McGurk’s Bar atrocity has uncovered new evidence showing that the British state colluded in a cover-up over the attack.
Fifteen people died in the bomb blast at the North Queen Street bar in December 1971.

Ciarán MacAirt, a grandson of Kathleen Irvine, who was one of the 15 innocent victims of the bombing, has led his own investigation as well as a campaign on behalf of the families. He has now discovered an imprint in a British army log sheet written in the aftermath of the 1971 bombing, revealing that a car was seen driving away from the scene.

The British army has continuously denied this despite testimony from witnesses claiming to have seen a man enter the North Belfast bar and plant the bomb before driving off.
The British Ministry of Defence claimed they had “lost” crucial files recording the minutes in the immediate aftermath of the explosion.

However, Ciarán has discovered a file with new evidence proving that the British army recorded the suspected bomb car escaping the scene of the attack.

Above Serial 40, Log Sheet 4, 4th December 1971, a “ghost” copy of Serial 52 of missing Log Sheet 5 recorded in the minutes after the atrocity discernible, which reads: “Black car with headlights on went into city centre with 3…”

The families now believe that this report to 2 RRF Tactical Headquarters in Glenravel by Call Sign 19, which was logging reports of the bombing and the subsequent rescue efforts from the scene, corroborates witness testimony of a dark coloured car with three attackers in it escaping down Great George Street and turning right in the direction of city centre.

Ciarán is now calling for an independent investigation on behalf of the families still seeking truth and justice.

“Contrary to what we have been told by every previous historical investigation team, the British army was indeed in the area at the time of the explosion and reported the explosion immediately,” said Ciarán.

Call Sign 19 specifically reports from the scene and it appears in the ghost serial that Call Sign 19 reports the suspect car leaving the vicinity following the explosion. The description of the car with three attackers in it and its direction of travel after the bombers made their escape matches witness testimony of the paper boy and a witness who gave information to the British army the following morning – which we never knew about until recently.

“So, the British army buried this absolutely critical evidence nearly half a century ago and has allegedly lost the log sheets but the missing page has given up its dirty secret anyway – the British army watched the bombers flee, allowed them to escape and covered up for them afterwards.