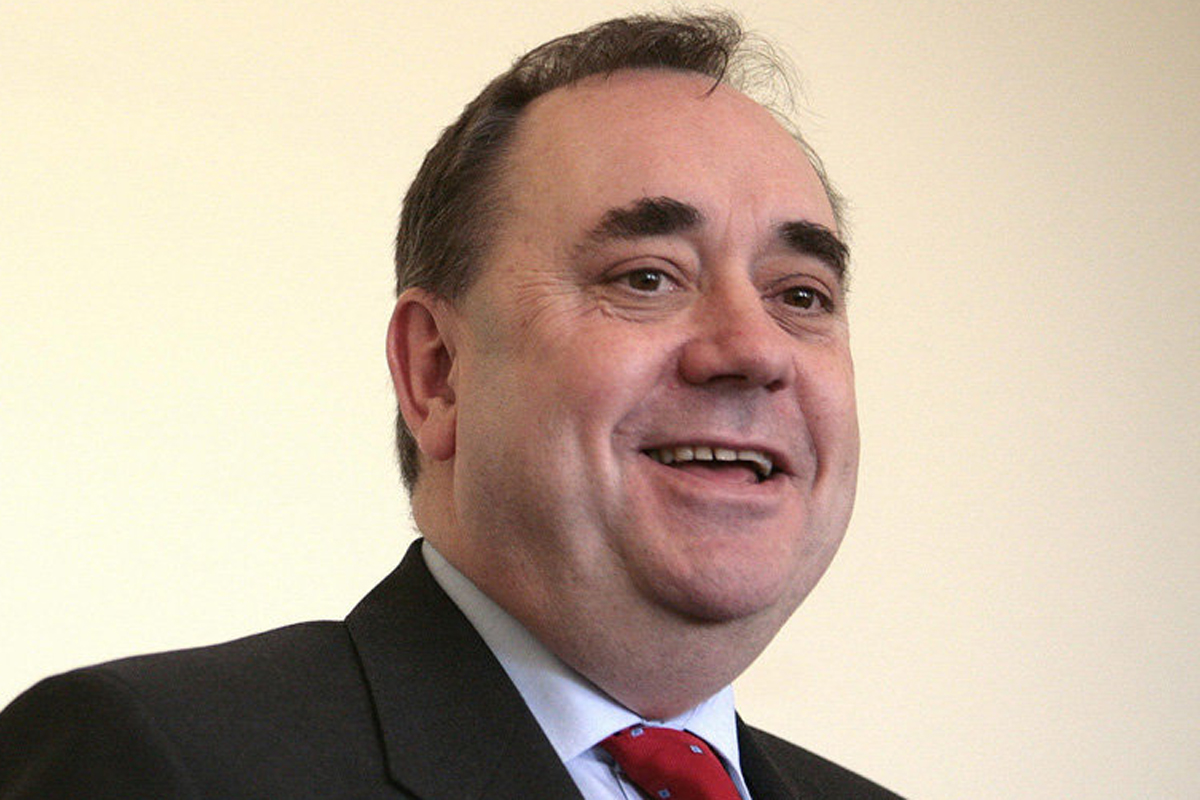 I like the way Alex Salmond looks. And the way he talks. He’s overweight, he has the wide-eyed face of a panda in search of banana shoots, and he’s supremely unflappable. Besides which he has this idea that Scotland is an adult nation and should have independence from Britain within Europe. He always adds that last bit – “within Europe”. Now David Cameron has dealt him a royal flush by storming out of the building marked “Europe”  to stand half-way down the street, shivering and telling himself that This Will Show Them.  Salmond hasn’t wasted a minute.

Just back from a trade visit to China, Salmond has fired off six questions to Cameron about his arse-like performance in Brussels. They include such things as “Did you conduct any study of the consequences before you exercised your veto?” and “Is it true you told the new Italian Prime Minister that you exercised your veto for internal party reasons?” But boiled down, the six amount to one question: “What the hell do you mean by screwing up prospects for Scotland as well as the rest of the UK, without even consulting us?”

Good query but one to which Salmond already knows the answer. The Tories often use the term ‘the UK’ when they really mean ‘England’, so of course they’re not going to consult with a bunch of jocks or paddies or leek-lovers before flashing a veto. In fact there are probably a few in the Tory party pleased to see Salmond and Scotland sick as parrots. Maybe this will hasten the day when the jocks will go for independence, thus removing their presence from Westminster, thus permanently making Labour a lot  weaker and the Tories a lot stronger. But even if that happy consequence weren’t to follow, there’s still an ingrained disinclination among Tories to consult the interests of the UK’s outer regions. I mean, good God, they’re not even English!

In contrast, we haven’t heard too many yells of protest from Stormont about Cameron’s balls-up. We know what Sinn Féin thinks of the deal in terms of the south of Ireland. Gerry Adams has been telling Enda Kenny he’d better let the Irish people make this decision, but Sinn Féin in the north are more muted because they always make a point of not kicking the DUP when they’re down, which they would be doing if they kicked Cameron now he’s made an ass of himself.

“The Tories often use the term ‘the UK’ when they really mean ‘England’, so of course they’re not going to consult with a bunch of jocks or paddies or leek-lovers before flashing a veto. ”

How so? Well, we’re approaching the centenary of the signing of the Ulster Covenant, by which unionists swore to fight Britain if Britain didn’t let Ulster stay in the UK (OK, make that two-thirds of Ulster). A hundred years on,  the DUP are wondering what to do should Salmond ever do the opposite – remove Scotland from the UK.  Because that’d make it harder to be enthusiastic about Ulster-Scots? Nah. Because  Burns Night wouldn’t be the same without them? Uh-uh. If Scotland were to exit the UK and lock into Europe, it would spell ‘The End’  for the area known as the United Kingdom. What would be the point in staying in a house that ‘s begun to collapse around your ears, when at the end of the street there’s a multi-storey building that at least has the strength of numbers?

After the Good Friday Agreement, walls in some loyalist areas were daubed ‘Well Done David’ – whether ironically or in earnest, I was never sure.  How well this David has done is already obvious, and the shock waves will continue and grow.  Cameron was asked to go to Brussels and show some bull-dog spirit, and by jingo he has!

It’s like that old headline from the London Times, when heavy mist engulfed the south of England and the Channel: “Fog Cuts Off Europe From Great Britain”.

Megalomania is a terrible disease.