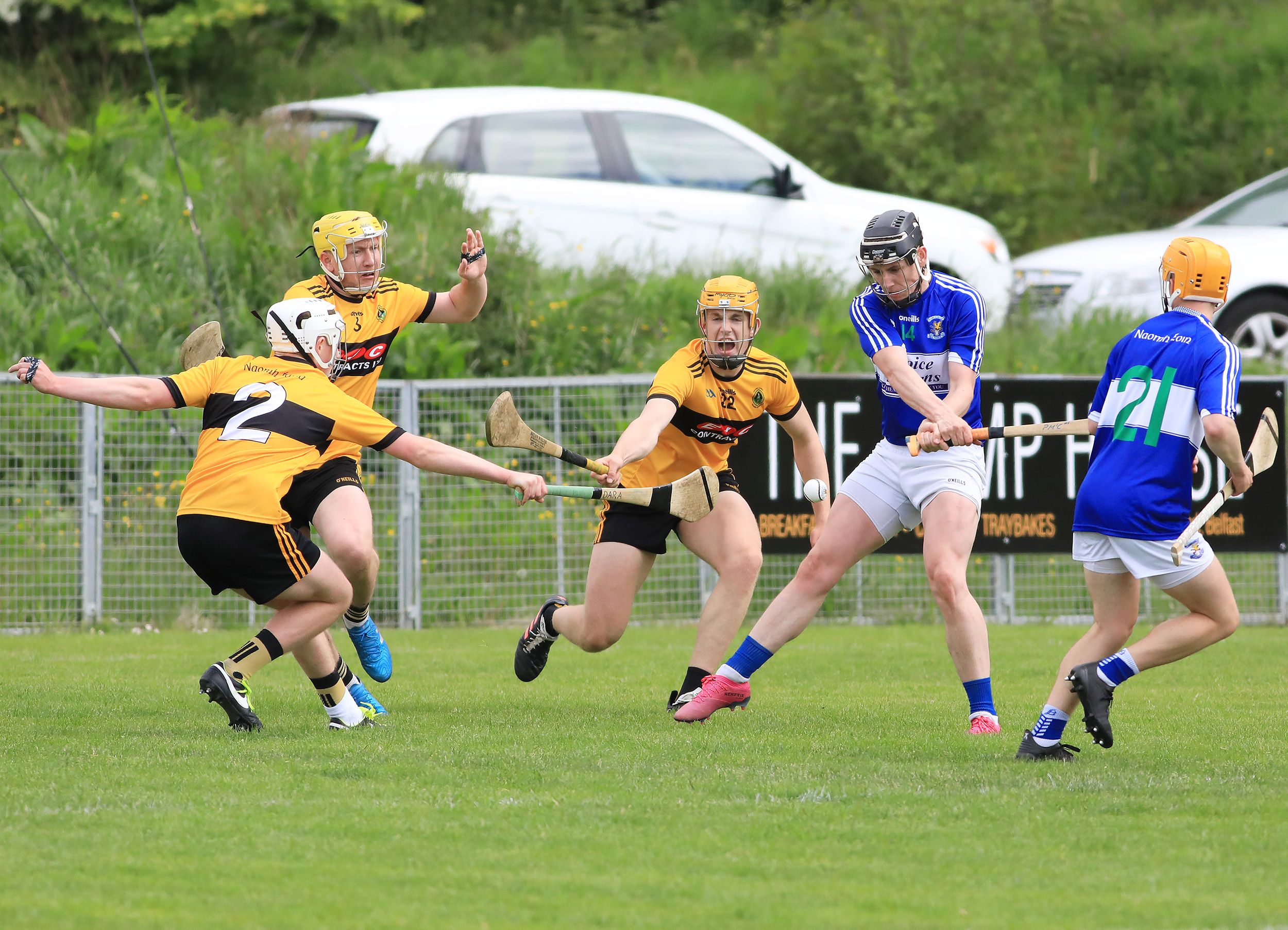 IT is the midway point in the Antrim Football Leagues on Sunday with a full round of fixtures across the divisions.

Before that, there are a couple of Division One hurling games with the action getting underway at Hightown when Naomh Éanna host county champions, Dunloy.

The Glengormley club suffered a heavy defeat to St John's last weekend, a result that was not in keeping with prior performances, so will be keen to bounce back against a Cuchullains' team that sits in mid-table.

It will be an early start in Ballycastle tomorrow when Ballycran make the long trek north for an 11am start in what is another make-up game.

The big ball takes over on Sunday with Division One leaders Rossa making the trip across town to face a Naomh Éanna team that has just one win from five.

Rossa maintained the place at the top of the pile with a win over Ahoghill mid-week and will be keen to maintain their positive start.

It's another cross-city clash at Corrigan Park as St John's host a St Brigid's side that is breathing down the neck of Rossa who they sit just one point adrift of.

Cargin are also just one point off top spot and the county champions enjoy home comforts against Aghagallon, whilst Gort na Móna make the trip to Creggan.

There is an intriguing clash at Hannahstown as Lámh Dhearg take on a St Gall's team that went close against Cargin on Wednesday.

In Division Two, Tír na nÓg lead with the way with a 100 per cent record and the Whitehill outfit host Aldergrove who are just two points adrift. Glenravel are in a similar position and they will welcome Glenavy.

Sarsfield's are yet to pick up a point and they are on the road in Ballymena, whilst Davitt's - who defeated the Paddies on Wednesday - host Dunloy who are also yet to get off the mark.

St Teresa's lost out during the week, but have the opportunity to bounce back with a home fixture against Moneyglass who are also just two point s off the top.
The remaining game takes place at 'The Cricky' as Ardoyne and St Paul's - both on three points - clash.

In Division Three, St Comgall's moved clear at the top thanks to their midweek win at St Agnes' and the Antrim town host Rasharkin who are in a three-way tie in second place.

The Aggies make the short trip to the Whiterock Road to take on O'Donnell's, while St Patrick's, Lisburn are in West Belfast where they will take on Laochra Loch Lao.

Pearse's host Ballycastle and there is another cross-city clash with Éire Óg hosting St Malachy's in a game of two teams who are yet to register so far.