Calls to clarify comments from Chair of Arts Council 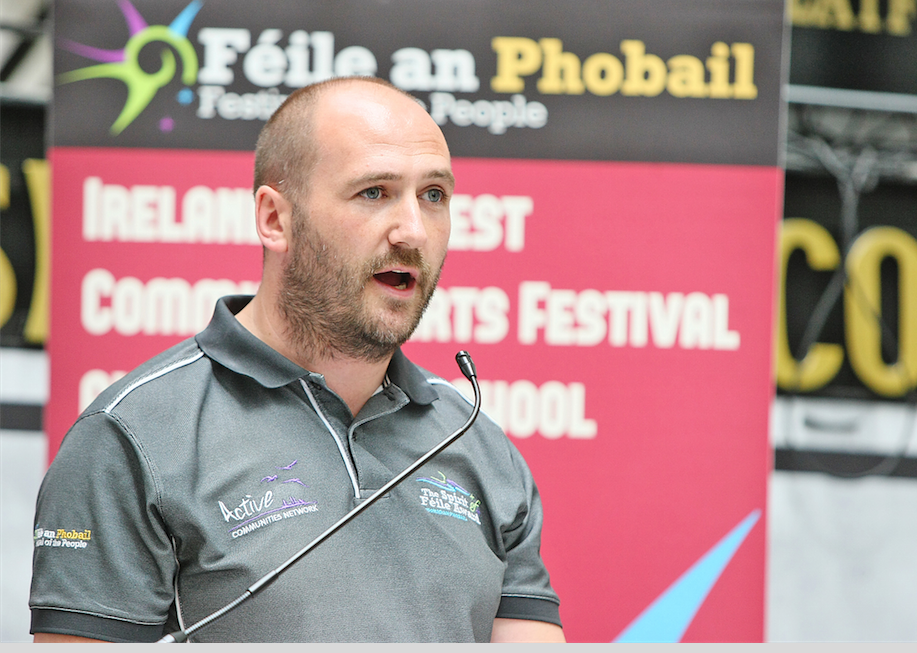 THE DIRECTOR of Féile an Phobail says he is “surprised and disappointed” by controversial comments made by the Chair of the Arts Council after he critised the “high level of dependency” on grants in the North.
Speaking at the Arts and Business awards at Belfast’s Harbour Commissioner’s Office on Wednesday night, John Edmund said that for the arts “the political and economic landscape here is such that we are having to do more with less”.
“In Northern Ireland, a weak and unbalanced economy with poor levels of productivity, too many have ruled themselves out of the workforce and a high level of dependency has meant that day to day priorities have not made ‘space’ for the support needed to enable the arts sector to deliver the contribution to society and the economy of which it is capable. Unfortunately, that looks set to continue given the budgetary pressures that exist.”
Mr Edmund was speaking after it was announced that the North’s arts budget is set to be cut by more than eight per cent in 2018.
Féile Director Kevin Gamble told the Andersonstown News that he would call on Mr Edmund to clarify his remarks.
“Féile an Phobail, like many other arts organisations value the role played by the Arts Council NI in championing the integrity, role, impact and outcome the arts play across the community and wider society here.
“We were therefore surprised and disappointed by the recent remarks by ACNI Chair John Edmund. Féile very much stands shoulder to shoulder with the arts community, and in particular the Arts Matter NI campaign who are warning of the impact of these devastating cuts and would call on Mr Edmund to clarify his remarks to the arts community.
“Given the annual cull faced by the arts community, and with uncertainty ahead in relation to the funding of over 100 arts organisations, we would call on Mr Edmund to be a champion for the arts, not a cheerleader for these cuts.”
Sinn Féin MLA Máirtín Ó Muilleoir says he has written to John Edmund asking for a meeting to discuss his comments and to explore their effect on morale within the Arts Council.
“I am disturbed at Mr Edmund’s recent statements blaming the unemployed for arts cuts and branding arts groups as having a dependency culture. Nothing, in my experience, could be further from the truth. Arts organisations are dynamic, innovative, and net contributors to the economy despite often operating on a shoestring.
"Cultural tourism, inward investment and vibrant, diverse communities all depend on adequate funding for the arts.
"There are real questions around why former DUP Minister Paul Givan appointed a Chair who seems totally at odds with the arts groups he is supposed to champion.”
A spokesperson from the Arts Council said: “We are aware of the comments made by the Chair of the Arts Council at the Arts and Business Awards event last week. His comments do not reflect any discussion or position which had been agreed by the Arts Council Board. It is therefore our understanding that the Chair was speaking as an individual.
“We note the Arts Council Executive’s response to the budget issued last Friday and we look forward to a detailed discussion at the next Board meeting on how we will make the case for the Arts over the coming period.”