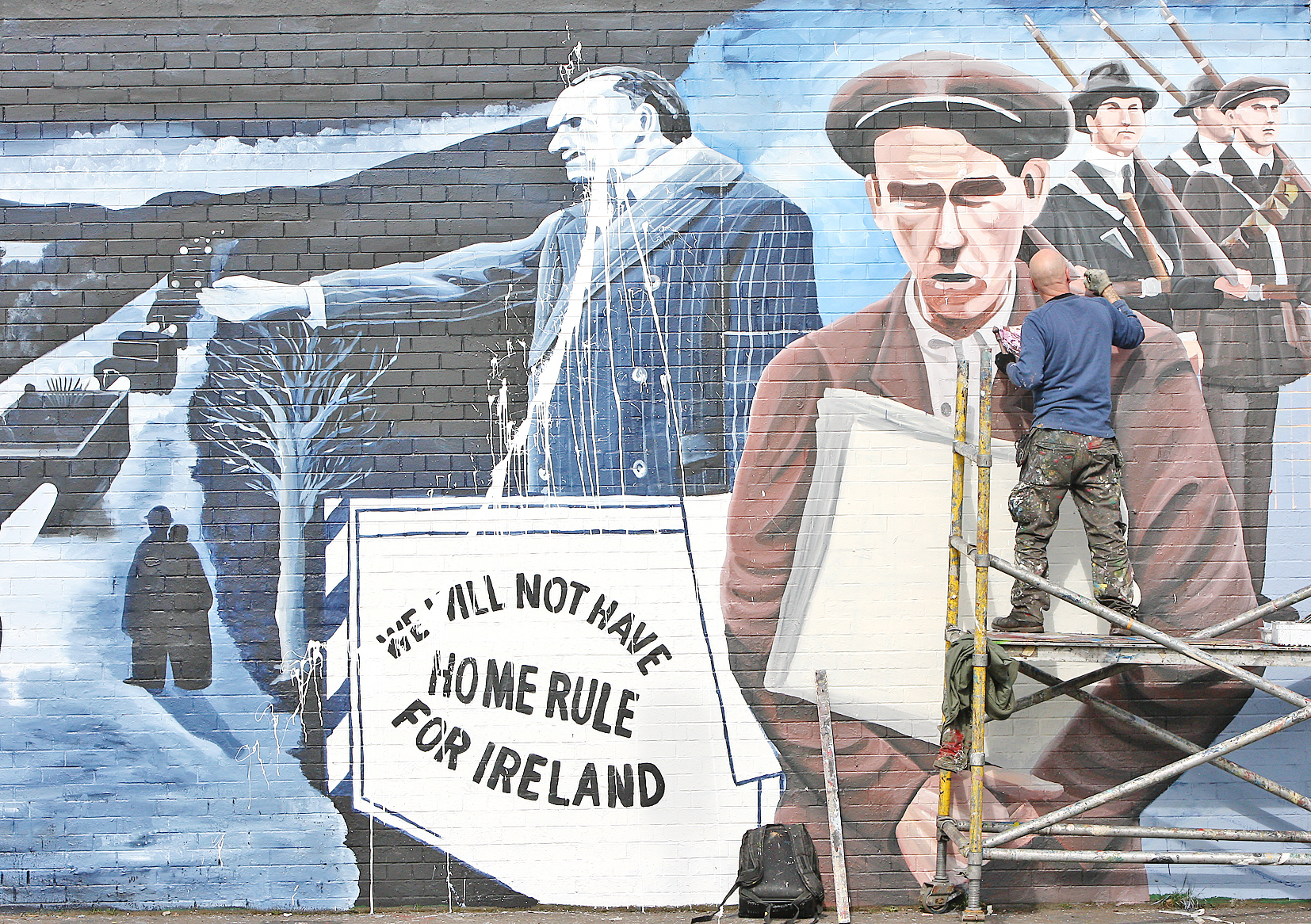 A PAINT bomb attack on a 1916 Edward Carson mural at the International Wall won’t stop the work from being finished, one of the artists said yesterday.

Danny Devenny, whose Carson portrait on the International Wall was defaced some time on Tuesday night/Wednesday morning, said: “The mural is continuing as normal, we are ignoring this. As muralists we are trying to be educators, all we are trying to do here is tell the story of the north’s contribution to 1916.”

Early on Tuesday evening, scathing comments about the Carson work started to appear on social media. On one forum for republicans opposed to Sinn Féin and the peace process, one man urged other contributors to join him  and “blatter it immediately”.

Danny added: “Somebody has misunderstood what we are doing here and that means as artists we aren’t doing our jobs properly. Edward Carson is a hate figure within republican and nationalist circles, but unfortunately you cannot tell the story of 1916 without referencing Carson. If we haven’t done this properly then we are sorry. I would like to invite the person or persons behind this to come down and have a chat with me.”

Danny has artists from San Diego, El Salvador and Liverpool helping him with the murals, making it a truly ‘international’ attraction.

Danny continued: “There’s no need for anyone to do this in the middle of the night. Whoever has done this has disgraced and humiliated themselves. Nothing on this wall is permanent that’s the thing, everything will eventually be painted over to tell a different story. It’s only a wall, there are children being shot dead as we speak in Gaza and people being buried in Belgium, we need to stop this.”

Meanwhile, the new ‘Unbound and Unbroken’ mural at South Link beside the Andersonstown Social Club was paint-bombed last Thursday night just hours ahead of the Friday unveiling.

The damage was quickly repaired and the unveiling went ahead as planned. But  Bobby Storey from the Andersonstown Social Club said: “The paint used to deface this mural is very similar to the paint used in the attack on the Sinn Féin office in Turf Lodge a while back. Basically, it’s the same type of paint and the same type of politics. The murals are a broad republican depiction of the last one hundred years of republican struggle. Why anyone would have a problem with this defies understanding.”