WE SAY: Casement joy amidst the gloom 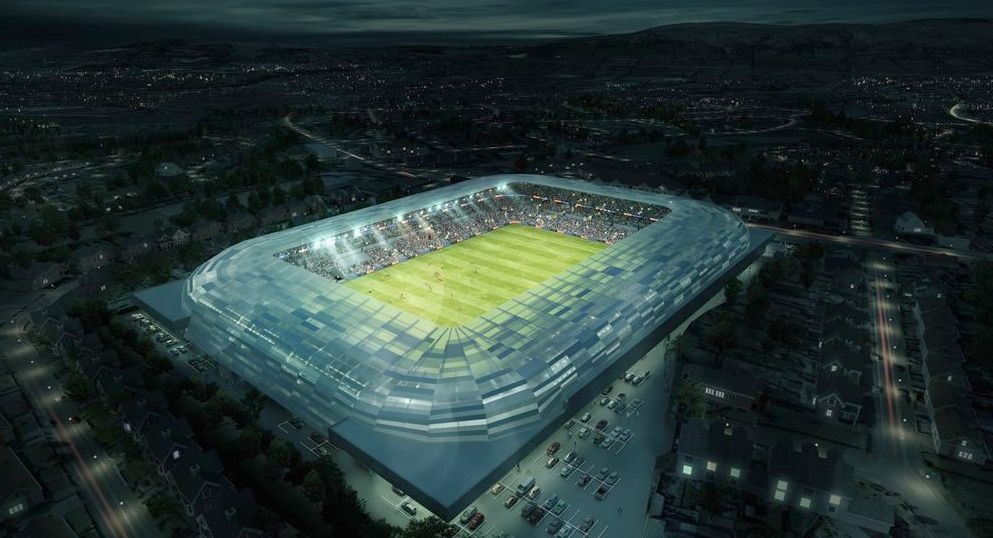 JUST when a bit of good news was so badly needed amidst the deepening gloom of the Covid crisis and the Brexit debacle, Infrastructure Minister Nichola Mallon has provided us with exactly that in her decision to green-light the new Casement stadium.

In the nine years since the Stormont Executive announced its £138 million stadium package, Windsor Park has been done and dusted for soccer in the north, ditto Kingspan for rugby. But the GAA plan to make Casement Park its Ulster HQ, thus bringing a stunning new development to Belfast, to Ulster and to Ireland, has been beset on all sides by opposition, most of it genuine, some of it mischievous, cynical and – frankly – sectarian.

Residents of the streets surrounding the Andersonstown site had – and have – every right to do their level best to ensure that their quality of life is impacted as little as possible by Casement when the first ball is kicked or struck. They have been vocal in their opposition to aspects of the original plan, so much so that the new stadium has changed significantly from the first arena envisioned by the GAA.

That said, a redevelopment of the ageing stadium has been on the cards for some considerable time and a degree of realism was required of residents that wasn’t always evident – just as the GAA’s Ulster Council frequently failed to display the degree of empathy and insight that a development of this scale demanded.

But what the residents and the GAA shared was good faith – everything they did was done in the interests of the sporting fraternity in the city and beyond, and in the interests of local families and their neighbours. Where good faith was absent was in the frequent and malicious interventions of unionists  whose professed concern for the health and safety of the people of West Belfast rang extremely hollow given the historic animus that many who stuck in an oar had displayed towards Gaelic games and culture.

The cost of the new stadium is estimated at £110 million – around a third more than the original cost of £77 million. That pill is going to have to be swallowed and every stakeholder is going to have to take a share of responsibility for the fact that the bill inevitably soared during the years of inertia. But let’s now have no hypocrisy and cant about increased cost from those whose malign interventions over the years did more than anything to multiply frustration and expense.

The work done to the Andersonstown public realm in the vicinity of Casement in recent years has been extremely impressive, culminating in the recent partial opening of the magnificent new Andersonstown Leisure Centre. The new Casement will by the cherry on that cake, not just for West Belfast – for the whole city.

Nevertheless, Gaels will be forgiven if they still breathe a sigh of relief when the first sod is turned.