Celtic’s Covid crisis far from ideal ahead of derby 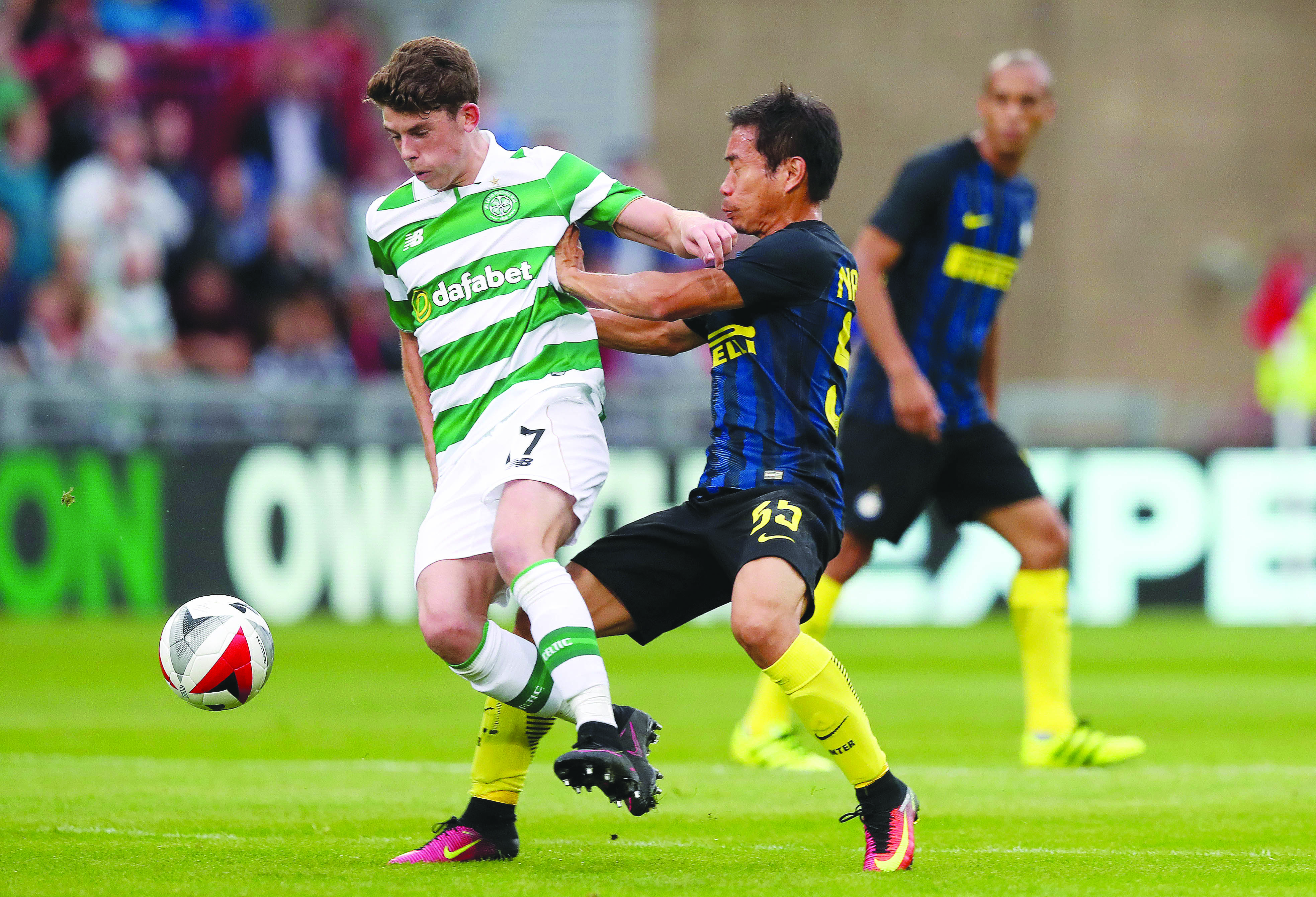 AFTER an interminable week of decidedly dreary international football, it’s back to domestic action for the Bhoys this weekend as the first meeting of the season with Sevco takes centre stage in the race for the Scottish Premiership title.

Not only did the hiatus deprive us of proper football for a couple of weeks but events outside of the club’s control could have put a severe dent in their title challenge.

The international break was a personal triumph for Shane Duffy who, despite disappointing results for Ireland and a failure to qualify for next year’s European Championships, performed excellently for his country and will hopefully come back to Celtic Park safe and sound.

There was a COVID scare among the Ireland squad which left Celtic supporters fearing the worst but at the present time the big Derryman has managed to avoid the virus and is good to go.

The main fear with Duffy is that in playing in three competitive internationals, with one of those going to extra time, he is bound to suffer from some mental and physical fatigue. It is anything but ideal preparation for him, and every other Celtic player away on international duty, going into a game of the magnitude of this Saturday’s.

The international break didn’t go so well for some other members of the Celtic squad, however, with at last count, at least four players either definitely out or in danger of missing out on this weekend’s game. All four are, of course, COVID related.

The players definitely out are Christie, Bitton and Elhamed and while all three have done well in recent weeks when selected, there are ready-made replacements within the squad and none of these players will have been a nailed-on starter. Their lack of availability does deprive the squad of some depth, nevertheless.

Odsonne Edouard has not been setting the heather alight this season in the way that we know he can but of all the players that could miss the derby he is the one that could hurt Celtic the most.

We all know that the French striker is unplayable on his day and it was hoped that his early season funk was caused by the transfer window and all the speculation that surrounded him. Now that the window has closed and he remains a Celtic player he will hopefully get back to his usual self. Whether or not that will happen this Saturday remains to be seen.

The upheaval resulting from so many players affected by virus related issues calls into question the entire international schedule and in particular, the Nations League, a competition whose reason for being I am still trying to work out.

The countries themselves don’t seem to take it that seriously, and certainly not as seriously as proper qualifiers. If it was designed to bring in extra revenue, which seems at the minute to be not just the main factor but indeed the only factor taken into account when making major decisions in football, then the lack of crowds at matches and the money they bring in would negate that argument.

Clubs are putting massive resources into creating COVID secure bubbles for their players and the testing statistics would suggest that those measures are working. All that is undone, however, when players from all around Europe come together and bring their germs with them.

Celtic have responded to fans’ appeals for them to bring their players home by insisting that FIFA call the shots and unfortunately in that respect they are correct.

When it comes to international football, the rules are weighted heavily against the clubs i.e. the organisations that actually pay the players’ wages, in favour of national squads.

There are some loopholes which can be exploited of course, particularly in the case of injured players etc. But even that wasn’t enough to prevent Nir Bitton playing for Israel last week when the player and his national coach disregarded Neil Lennon’s explicit instructions that the utility man was not to play for his country due to injury.  Bitton played, and while surprisingly he didn’t aggravate his injury, he did catch COVID and will now be unavailable for Saturday’s derby.

Taken in isolation, this one incident could have been written off as just one of those things but placed alongside all of the other misfortunes suffered by members of his playing staff, Neil Lennon must be wondering what he has done to deserve such bad luck. What he needs to remember, however, is that such adversity can lead to unexpected gains.

A few years ago, Celtic were forced to play a striker who up to that point had not seen a lot of game time, one Moussa Dembele, in the first derby of the season due to an injury to Leigh Griffiths.

Griffiths had been on fire in the early part of the campaign and his absence was seen as a massive blow for then manager Brendan Rodgers.

Dembele came in, announced himself on the big stage with a hat-trick, and the rest is history.

Saturday’s game could be a huge opportunity for Klimala, Ajeti, Turnbull or even the returning Griffiths to come into the side and make themselves a hero.

Neil Lennon also has a shot at redemption as the knives have been out for him a little bit this season.

I don’t think there’s any real animosity towards Lenny as even his most ardent critics can surely appreciate what he has given to the club as player and manager for many years. His tactics, formation and team selection have all been questioned in recent games against Sevco however, with the opposition allowed to win the midfield battle and dominate games.

Celtic got lucky in the League Cup final last year, but their luck ran out at Celtic Park in the New Year game where, as much as it hurts to admit it, Stephen Gerrard’s team were worthy winners.

If Celtic get to grips with the midfield it should give them the platform to get the ball down and play a bit of football allowing the superior players in the Hoops’ 11 to propel themselves back to the top of the league.

There can be no excuses this Saturday, not even the Coronavirus, for the men going for 10 titles in-row. Tickety-Bhoy!