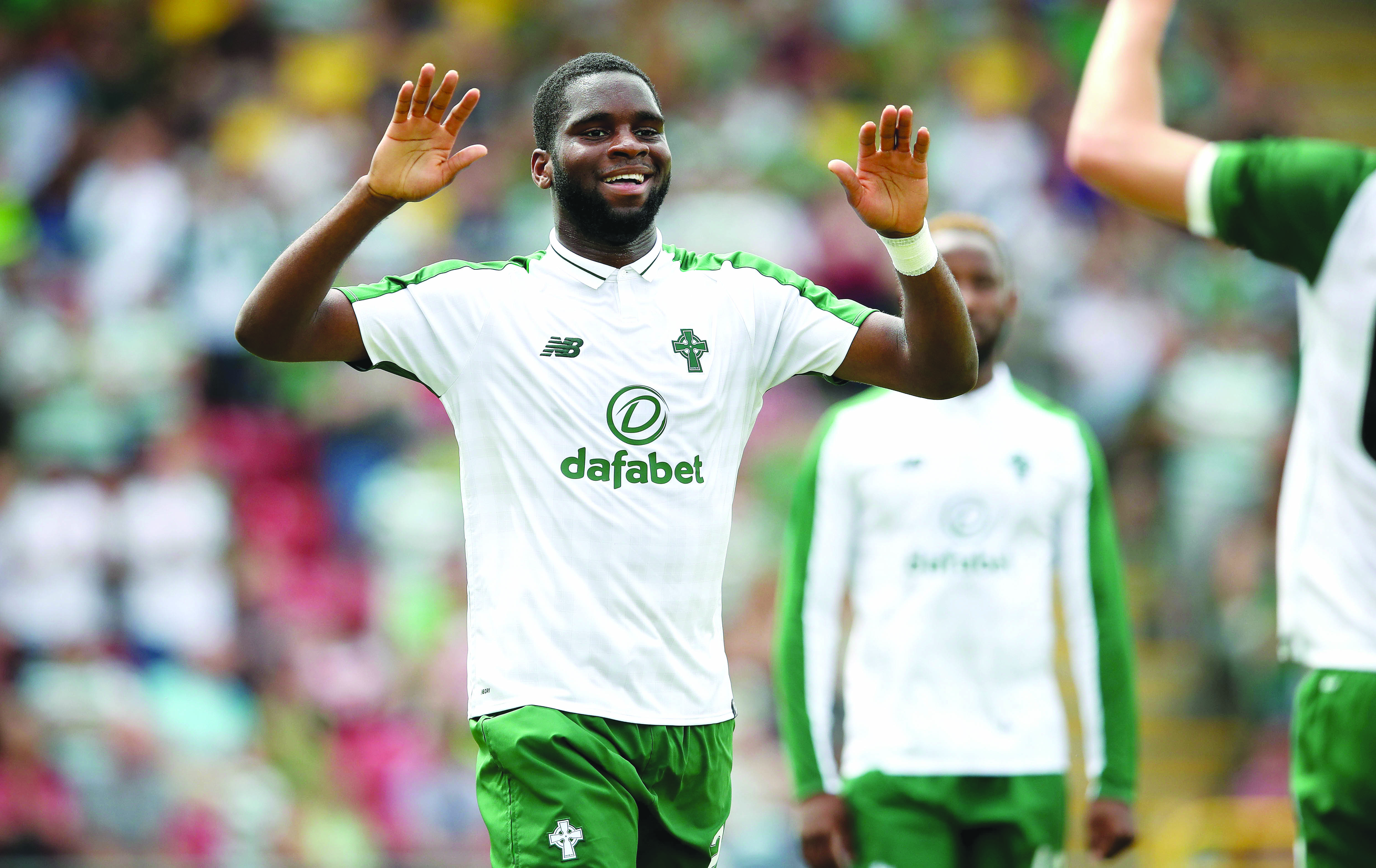 CELTIC appear to be hitting a little bit of form just now, unfortunately all a bit too late to be of any relevance in the race for the league title, but I suppose it’s better than losing and at least they’re keeping Sevco honest.

Wins last week against St Mirren and St Johnstone took their winning run to four-in-a-row but both games couldn’t have been more different, with one an impressive show of finishing prowess while the other an example of how to dig in and get a result when the chips are down.

Against the Buddies, there was bound to be a little bit of revenge in their minds, as Jim Goodwin’s team had recorded a richly deserved 2-1 win at Celtic Park a few weeks earlier. The home side looked a little bit reserved on this occasion, however, and didn’t produce any of the drive or ambition they had shown during their previous victory.

Celtic weren’t exactly setting the heather alight either, but they were at least trying to make the running and it was the recently rejuvenated Tom Rogic who opened the scoring from an excellent solo move.

Goals two, three and four didn’t arrive until the final 10 minutes and gave the scoreline a perhaps undeserved sheen but they did illustrate the firepower within the Celtic squad when things click into place.

Against St Johnstone last Sunday, the Bhoys were made to show a lot of the fighting spirit which, had they still been in contention for the league, would have been the mark of potential champions. Unfortunately, that particular ship has long since sailed.

After a poor start where they were under a fair amount of pressure from the home side, the Celts found a bit of composure and settled into their passing game, without really threatening the Saints’ goal as the teams went into the interval goal-less.

After the restart, it was little bit against the run of play when Shaun Rooney opened the scoring early in the second half to give St Johnstone something to hold on to.

Defensively this was another poor one from Celtic as two of the smallest men in the Celtic team in Taylor and McGregor were marking a real beanpole in Rooney, who easily outjumped them both to power a header beyond Bain.

The last time St Johnstone scored first in a game against Celtic they were unable to hold on to the lead for any length of time and this occasion was no different.

Two excellently taken goals from Edouard in the space of two minutes turned the game on its head and once their noses were in front, Celtic showed excellent game management to see it out. As I said, it was the type of victory that can win championships, if the Bhoys were still realistically in the hunt.

Nevertheless, it was another example of Edouard’s recent resurgence as the French striker was scoring in his sixth game in a row. His all-round play is still not at the levels it can be, despite what Neil Lennon is saying to big him up, but putting the ball in the back of the net is what he’s good at, and just now he is doing that on a regular basis.

It’s no secret that Edouard will be leaving the club at the end of the current campaign and the form that he is showing at the present time should help drive his price up. Even though he will be approaching the final year of his contract, there will be no shortage of interested parties and Celtic would do well to instigate something of a bidding war to maximise the fee they receive for him.

Given the downbeat “state of the nation” address from Celtic chairman Ian Bankier this week, I would imagine that Edouard will not be the only of their bankable assets that the club will try to cash in on during the next transfer window.

Report
When announcing the half season financial report, Bankier, in what was a massive understatement commented: “It is acknowledged that the season, to date, has been a disappointment.”

For the fans it will have been matters on the pitch that have been the cause of their dissatisfaction, but for Bankier, Lawwell, Desmond et al no doubt the numbers on the balance sheet will be more of a concern.

With revenue, profit and money in the bank all reduced the finances do not look good, and they aren’t likely to get any better any time soon.

It is crystal clear that season book renewals are going to be crucial for next year and in this regard the fact that Bankier had no meaningful updates on the so-called January review into football operations, and more specifically Neil Lennon’s position as manager, was rather annoying.

There seemed to be an undercurrent of laying the blame for Celtic’s poor performance primarily on the Covid-19 pandemic and of course that will have been a major factor. An acceptance of the failings at boardroom and dug-out level would not have gone amiss here though.

The Hoops’ support are a fairly switched-on crowd and they know when they’re being spun a yarn. They have not been slow to voice their opinions on Bankier’s statement on Celtic’s social media channels throughout this week.

For what it’s worth I feel that there will be some who will not renew but a lot of those will have been minded to give up their seats no matter what happened this year.

The vast majority of Celtic supporters will do what they have always done and continue to plough money into the club. This is not a financial decision, if it were it would be much easier to cancel the direct debits. It is an emotional investment and as such is made with the heart and not with the head.

Everyone has their limits, though, and no-one likes to be taken for granted, especially when they feel the people in charge are being disingenuous. In the main we’re not at that point just yet but a lot will depend on what happens with the managerial setup.

If the board think that the fans can be fobbed off and the entire matter put on the back burner for much longer they will have to think again, especially as it’s almost certain that the board already know what is going to happen to Neil Lennon and the backroom staff.

My gut feeling is that they are in their current positions in caretaker capacities only until the new CEO and/or director of football are brought in. That is an understandable position to take and indeed one I would wholeheartedly agree with but we’re all adults here and deserve to be treated as such.

Where there is a vacuum of information, that vacuum is usually filled with speculation, innuendo and downright lies. It’s now time to level with the fans, because sometimes even bad news is better than no news at all.