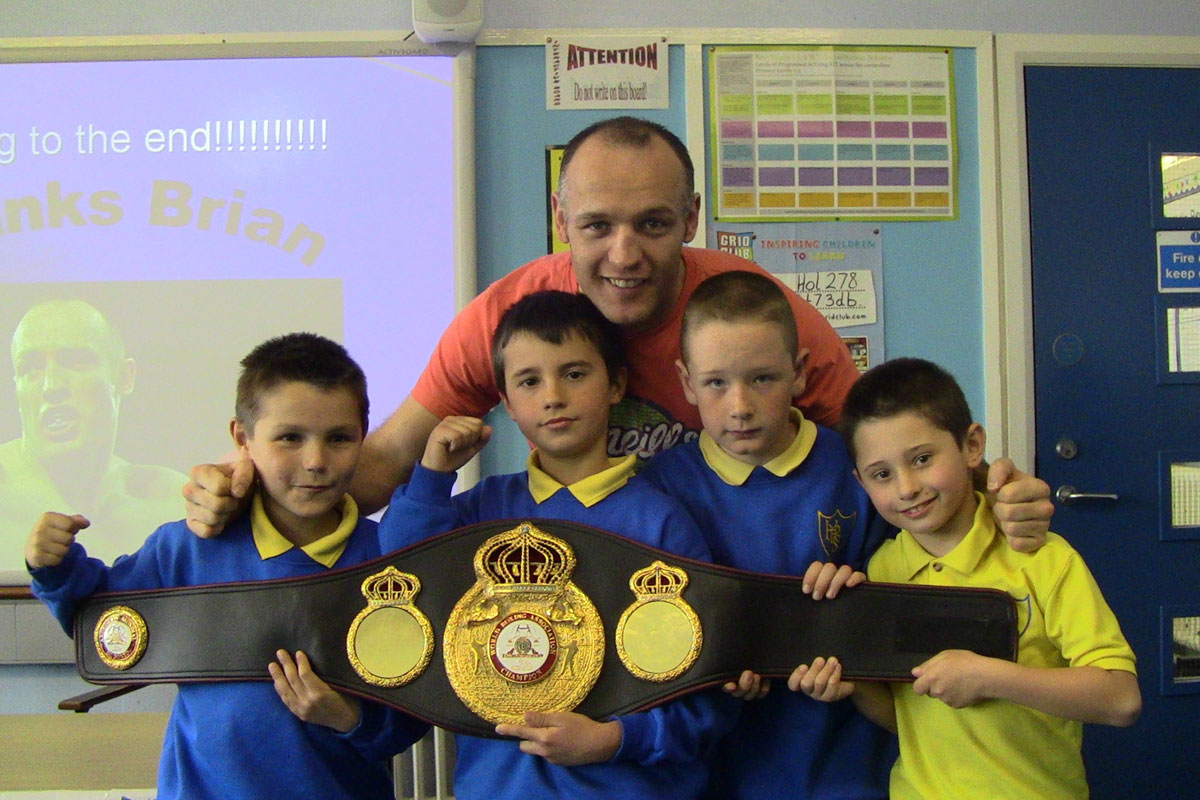 During his time spent with a P5 class he answered questions in support of a healthy lifestyle project the children are involved in.

Principal Sean Merrick, said: “It was great having Brian in the school to help the children with their project.

“When they knew he was coming they were very excited, especially those who took part in boxing outside of school.”

The pupils had transformed their classroom into a television sport studio to fire questions at the boxing star.

Mr Merrick, continued: “They were prepared to interview him and had some good questions for him.

“He answered all the questions well and stayed for as long as the children wanted signing autographs, posing for photographs, allowing them to hold his belt and he even gave one of the boys a bit of advice on his jabs and uppercuts.

“It was a wonderful occasion for the school as it is not every day that you have a boxing champion paying a visit.

“By all accounts, the children learned a lot from Brian and will be watching his future bouts with interest.”