Change of opponent for Hyland 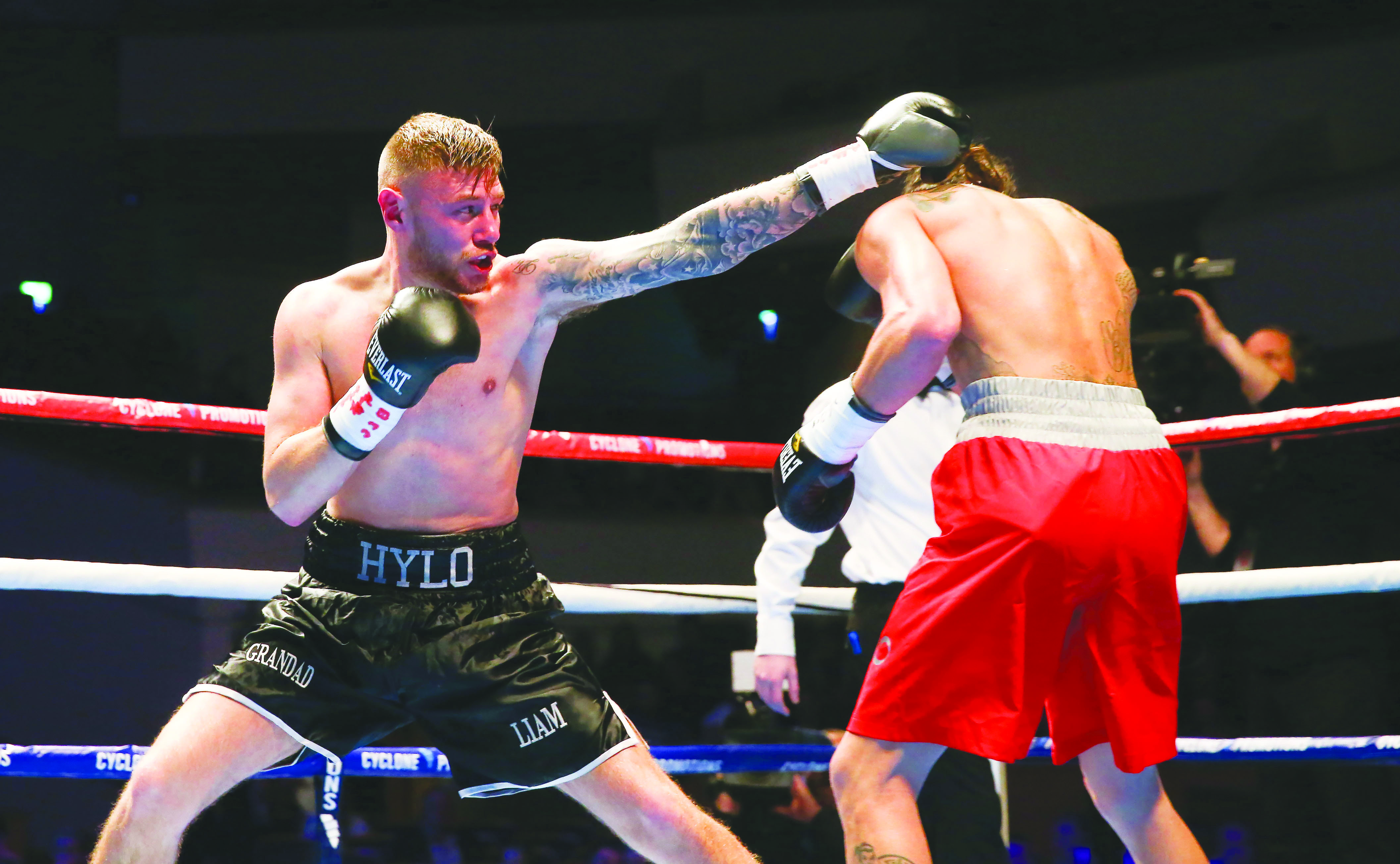 THE 11th hour withdrawal of Felix Lora has forced a change of opponent for Paul Hyland Jnr ahead of Saturday’s ‘Another Level’ bill at the Europa Hotel.

‘Hylo’ was due to box the experienced Lora who represented a step-up in class for the West Belfast man, but on Tuesday it emerged that visa issues have prevented the Dominican Republic native from travelling to Belfast to face the unbeaten local lightweight.

Instead, Hyland will now take on Nicaragua’s Nelson Altamirano who comes to the city with a 10-7-2 record. While remaining on the bill this weekend is an obvious plus, speaking on Wednesday, Hyland could not hide his disappointment that Lora would not be in the opposite corner on Saturday.

“I’m proper raging. Everything I had been practicing on in sparring had been to beat him (Lora),” he said.

“He was a bit of a name so I was looking forward to having his name on my record, but sure what can I do?”

The late change will force a rethink in tactics this weekend.

Having spent his entire camp working on a gameplan to overcome Lora, the 26 year-old must now readjust his approach to suit Altamirano who has scored six of his 10 wins by stoppage.

“I’m going to have to watch and see what he’s like because we had been working on the tactics to beat Lora,” he explained.

“We had planned to box him because we knew it was going to be a tough aul fight for me and hard to break down.

“Now I will have to have a look at what this other guy is like and try to cope with him. We’ll just have to adjust for the next few days and work on something.

“He has a winning record anyway, so I suppose that is one good thing but I would obviously have preferred Lora.”

It was a bitterly disappointed and frustrated Mark Dunlop, Hyland’s manager and promoter of Saturday’s bill, who received the word on Tuesday that Lora was no longer travelling to Belfast.

“I couldn’t believe it and I didn’t sleep a wink last night (Tuesday). My head was done in,” he confirmed.

“Thankfully we got another name, Nelson Altamirano from Nicaragua who has a winning record, but I am disgusted. Hylo was right up for this, he had been training hard.

“He (Lora) had all the notice in the world for this, we gave him eight weeks because he was such a big name for us. We paid the flights, had the Europa Hotel send them a letter confirming there was a room booked in his name and gave them a contract so he would get the visa. Apparently the visa won’t be ready in time which is beyond belief, so we are sick about it all.”

It certainly is a bitter pill to swallow so late in the day, but there is still a fight for Hyland to win on Saturday and one he hopes will be the first to set him on his way to domestic titles this year.

One belt on Hyland’s radar is the British title that is currently held by Scott Cardle who defends it in Glasgow on Saturday against Kevin Hooper.

“I would love that British title,” confirmed ‘Hylo’.

“I know Scott Cardle is good, he’s the champion and he’s undefeated. But I feel that if I put in a hard camp then I could beat him. Definitely, I don’t see him as an overall threat, I know I can beat him. I would really love that fight.”

There will be no prospect of that fight happening anytime soon unless Hyland does the job on Saturday however and after a well-deserved four month layoff, he says he is back and ready to put in a big display this weekend. With his manager, Mark Dunlop signing Scotland’s Ronnie Clark who takes on Reynaldo Cajina on the bill this weekend, Hyland has been sparring the experienced Scot who he says has been a big help ahead of his first contest back after the summer break.

“I’ve been sparring with Ronnie Clark there and we have been going well,” he reports.

“We are both on the show, so it has helped both of us going into this week which has been good.

“He is a tough lad and has been helping me out. He’s a nice fella too, so if he picks up on something he would talk to you about it and vice-versa. I would try to help him out as well. With us both fighting this week neither of us have been trying to take advantage of each other so it has all gone really well. He’s looking forward to making his Belfast debut.”

Along with Hyland and Clark, the night will also feature Tyrone McCullagh who takes on Edwin Tellez, Feargal McCrory who faces Ivailo Boyanov and debutant, Carl McDonald in against Kamil Jaworek. Dubliner Jay Byrne will have his second professional contest against Liam Griffiths while Ian Tims will Remigijus Ziausys.