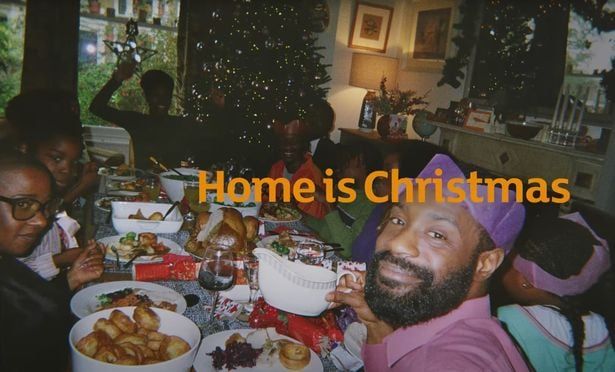 Every year at a time like this, I stage a one-line critique of Bob Geldof’s Do They Know It’s Christmas? The other line reminds Band Aid enthusiasts that there wont be even a flake of snow in Africa. I can’t remember any snow falling in my village but Geldof and Midge Ure, whatever they were smoking, insisted on that in their lyric, but fiction is art so I digress.

Last month, there was a major fallout between Sainsbury’s supermarket and some self-styled English cultural nationalists. I have heard such tripe, that a country that forced other civilisations to speak English now feels left out.

The minority voices, of course, were upset that the supermarket had unveiled a new Christmas advert that offended them because the cast in the TV commercial were a Black family, from London! Yes, black.

You don’t do black Christmas advertisements because white consumers will feel that their culture is being replaced by agents of positive discrimination.

The opponents of this advert are arguing that they are not being racist, they even have black friends and of course their local church priest or pastor is a missionary from Africa and excuses like that. They say that their White Christmas culture is under threat and it is not the snowy weather they are talking about. In this small corner, I have often asked the question, what is it that offends a racial bigot?

Why does a racist try to subvert a simple philosophy of difference that some people are born black,white and other diverse hues?

Nonetheless, Sainsbury went ahead with repeating the new advert while the racist bigots were calling for a nationwide boycott of the supermarket because of the cultural genocide that would surely follow.

Just when Covid-19 was causing destruction, these other attention-seekers are complaining that this alienation they feel is the final nail in the coffin. I think someone is trying to redefine the black market, literally hoping that this is where black folk belong. This Sainsbury’s story wasn’t a storm in a tea cup.

The Black family that starred in the Christmas advert were especially offended by the racist outrage. Of course, they advance the implied notion that black faces should only be represented in prisons and on TV programmes like Crimewatch because things like this Sainsbury’s ad is above their paygrade.

This is wrong. If they want to boycott any shop because they saw a black face, this is sick and defeatist because black faces are always featured in many other themes. Some people have very potent superiority complex but it’s good that they hide in their digital anonymity – Twitter and so on.

Black people are always climbing up a mountain of racism, it is an endless altitude of hate and I can tell you that majority of them will not want to speak up because they are afraid of speaking up. This is so wrong. When there is any form of injustice in front of you, small or big, no matter what the elevation of it, you must stand up and be counted otherwise generations to come will continue suffering the same fate. Some people call this a rant or a chip on one’s shoulder – good luck to you because clearly you don’t know what you are talking about.

Well done Sainsbury's for taking a stand against racism and showing ads that reflect modern society.

A ‘three-parter’ this year – focussing on ‘Food is home and home is Christmas’ – another personal appeal, a slice of life advert. #blm #blacklivesmatter #bekindalways pic.twitter.com/jxT6m1nZ23

Still on Christmas, Africans who were brought up in the Catholic or Protestant traditions in Africa will remember the extraordinary meatfest that it was. Apologies to vegetarians. We feasted on the home-slaughtered meat of unpolluted farm-reared cows, goats, sheep, chicken and most undomesticated things on four legs. The same young men, we who herded goats, sheep and cows, were given the password only just before the slaughter by an elder in the home, that this particular animal was to face the knife.

This was a discreet way of delivering the not-so-sad but sad news so that a youngster who looked after the particular animal was not traumatised that it was their favourite that was going to be eaten by the family and neighbours in the village. This was way before technology hit the streets and now we can authoritatively say that the herdsman has in his pocket a mobile phone instead of the traditional herbal stick toothbrush we carried in our pockets. Things have changed.

So, Christmas was not only about walking a mile uphill to the Mirogi parish church. The chapel was always full to capacity. Worship places are still jam-packed in Africa in comparison to similar events in the West. Pre- and post-Christmas were also times for anxiety, happiness, despair, fights – all those things that unite or break families. But of course, in the remote rural, if you picked a silly fight with someone, it was your problem how to recover.

I saw one fight between a young aunt and a young uncle. At the time he was in seminary, now he is Vicar-General, or should I say a high priest, of the diocese back there. My aunt Auma was something of ‘battle-axe’, she took no prisoners and I saw it with my two eyes when she nearly broke the teeth of her brother, now Fr Jacob.

The pre-Christmas duel was over who would use the water at the river first, was it us boys who came with the herd of cows or the young girls who wanted to wash. I will tell stories about Fr Jacob in my own memoir one day, why I believe Pope Francis recently appointed a new Bishop of the Diocese that Jacob was eyeing all these years. I will also share with you why nothing has convinced me yet to go back to chapel or church since the late 1980s.

Have a good Christmas. you all.