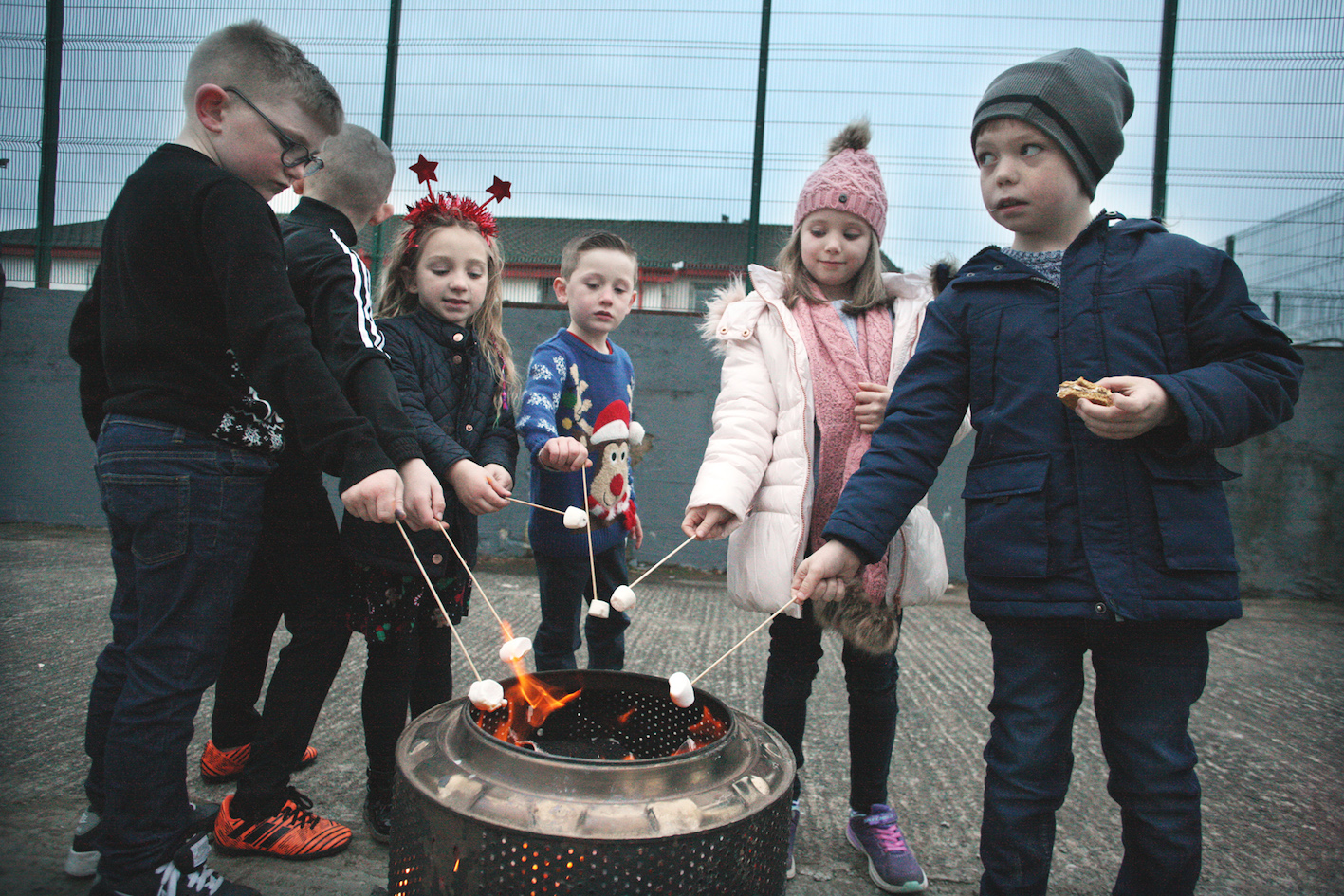 CHRISTMAS FUN: Toasting marshmallows by the fire at Lámh Dhearg

“A room full of smiles” greeted Santa Claus at the Lámh Dhearg as hundreds of families packed in to celebrate Diarmuid’s Christmas Wonderland.
Parents from Ballymacward Primary School, Tina Frazer and Elizabeth Kane, pulled out all the stops to host a fundraiser for two very special initiatives – the Make A Wish Foundation and essential funds to go towards the design and build of an outdoor classroom for the Rock Road based primary.
We reported last week how all four of Tina Frazer’s children have attended Ballymacward and how tragically her twin boys, Diarmuid and Cormac were involved in a car accident in Railway Street in Lisburn back in March 2014. Tragically six-year-old Diarmuid lost his courageous fight for life two days later in news that stunned the community. Since little Diarmuid’s passing the Frazer family have continued to hold annual fundrasiers in his memory and an annual tournament at Lámh Dhearg were the twins, along with their older brother John James are members.
Diarmuid’s aunt Joanne Taggart spoke of how “Saturday couldn’t have went any better – and neither could the weather for our day.”
“We had a great turn out and there were a lot of families there from before 2pm to welcome Santa. Willow, Santa’s very majestic horse was there along with Mr Elf as all the children sang Jingle Bells so the tone was really set for the rest of the afternoon.
“Feedback from the day has been really great, one family travelled from Tullylish in Craigavon and said it was well worth the journey to receive such a lovely welcome,” she said.
“We had sleigh rides on the day which went down a treat and it was something a little different which added to the magic of the day. We had a great team of people from Ballymacward and Lámh Dhearg communities to help pull Diarmuid’s Winter Wonderland together and we couldn’t thank them enough. Along with all the support and generosity of our visitors we raised the fantastic sum of £2,000. We are all already looking forward to next year’s event.”