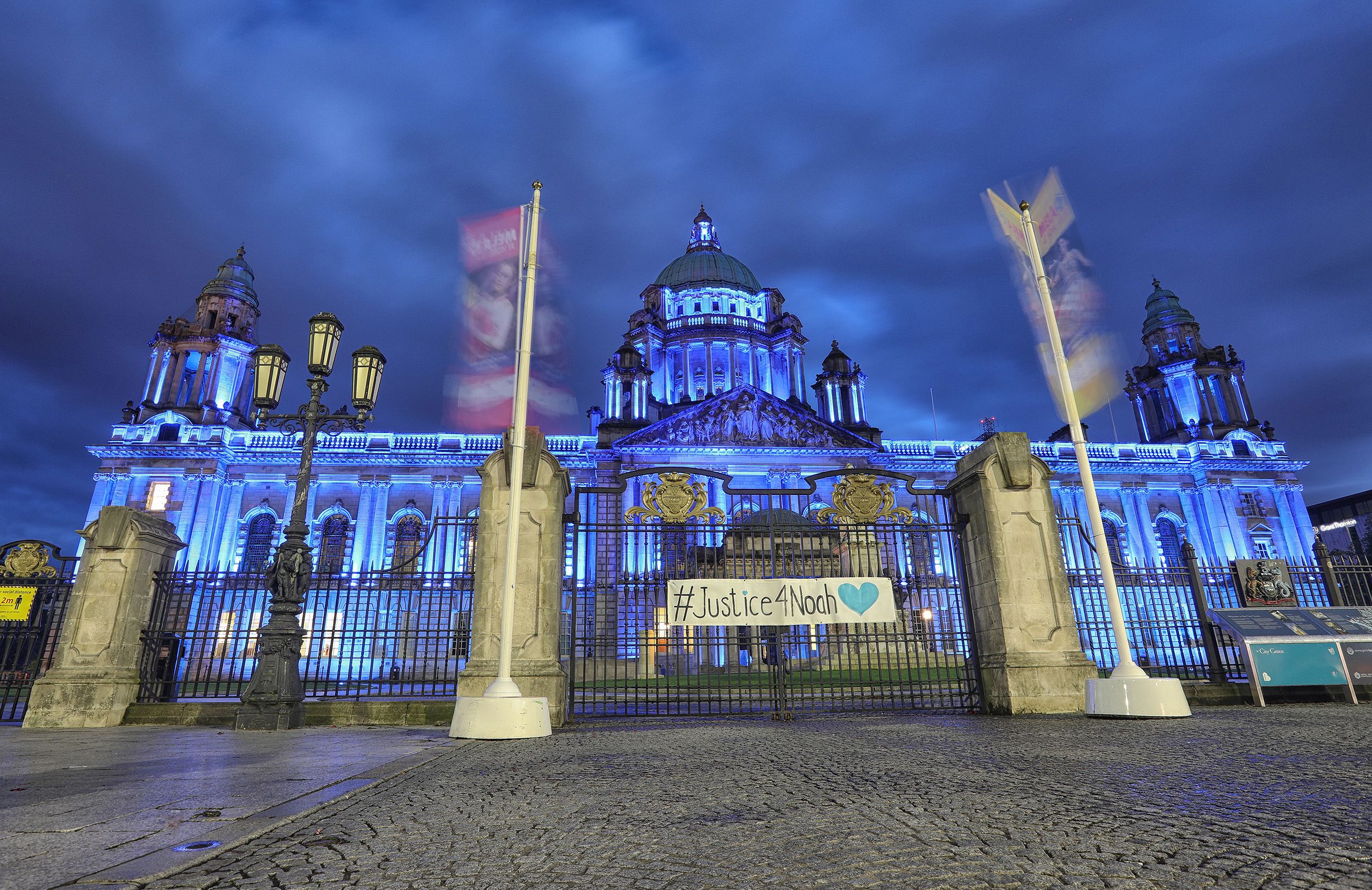 SUPPORT: City Hall is lit up in blue for Noah Donohoe

BELFAST City Hall was bathed in blue last night as the civic building was illuminated to mark nine weeks since the disappearance and death of 14-year-old Noah Donohoe.

CCTV footage showed the teenager cycling along the York Road in North Belfast before the last sighting of him on June 21. He had been travelling to meet friends at Cave Hill Country Park.

A dedicated Facebook and Twitter page has been set up by Noah’s mum Fiona so that people can share any information they may have surrounding his disappearance.

Sinn Féin Councillor Steven Corr successfully proposed to have City Hall lit up to raise awareness of the ongoing search for truth around the Noah Donohoe case and to show solidarity with Noah’s mum Fiona and the Donohoe family.

Tonight Belfast City Hall alongside other landmarks are being lit up blue in memory of #noahdonohoe.

My thoughts are with Noah's mum, Fiona, and his family and friends as they grieve the loss of such a wonderful young boy, all he was and might have been.#RememberMyNoah 💙💙💙 pic.twitter.com/ijQFyKnkV5

Titanic Belfast was also lit up along with the Tinnies sculpture in Strabane. A mural with the image of the schoolboy giving the ‘thumbs up’ sign along with the hashtag Justice for Noah was also painted and unveiled along the International Wall on the Falls Road on Friday.

Sinn Féin Councillor Steven Corr described seeing the City Hall lit up for the family of Noah as “extremely poignant”.

“Last night social media was overtaken by people and their support and compassion for Noah and his family," he said.

"Hundreds of people attended City Hall throughout the night to see it lit it up for themselves. I hope seeing City Hall lit up as it was gave the Donohoe family some solace.

"Noah is still very much in people’s minds and this was a way to show the Donohoe family support,” he said.