Cliftonville pair have no qualms with temporary break in action 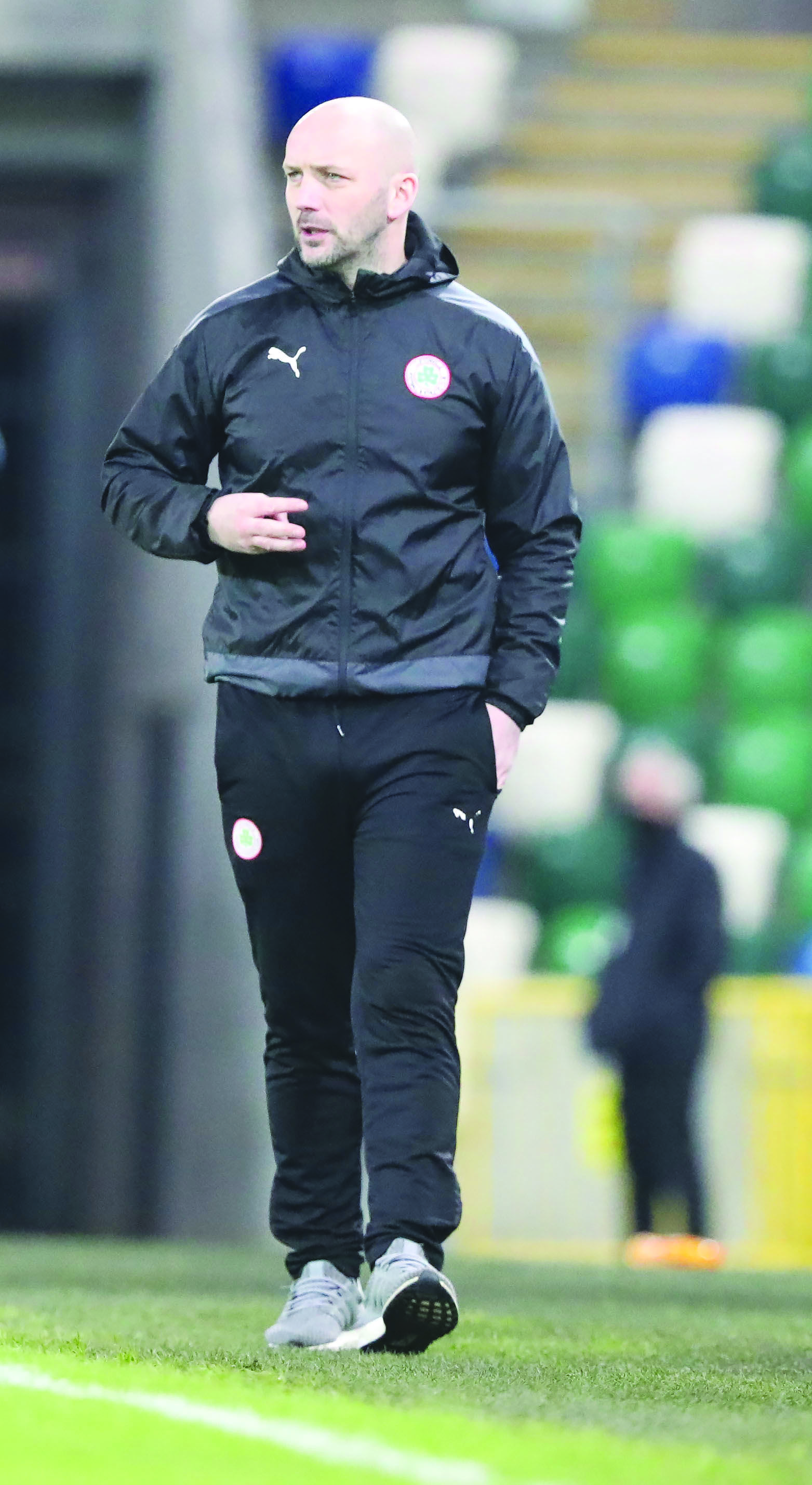 CLIFTONVILLE manager Paddy McLaughlin is fully supportive of the halt to the current league proceedings.

Due to a rise in cases within the league and the general public the NI Football League decided to call a halt to games until Saturday, January 23 with clubs not returning to training until this Monday (January 18).

McLaughlin believes the decision was inevitable and is worried that the break could be extended like last season.

“I think when the whole country is going into lockdown it is inevitable that the league is going to stop and I agree with it to be honest,” said McLaughlin.

“The risk that we are putting ourselves in as players and staff with nor really a lot of protection is crazy.

“Living in Derry and coming up and down four or five times a week, it has be to done and it’s another risk we’re taking with people travelling along and together.

“It’s the times we’re in and we just have to keep the head down and get through it as best we can. Like I said before, I don’t think that it should run the risk of any bodies health.”

McLaughlin’s thoughts were qualified with the hope that the circuit breaker is indeed just that.

The Irish Premiership held one over the Christmas period with the traditional St Stephen’s Day games postponed plus the midweek fixtures that were due to follow.

Cliftonville and Crusaders made up one of those games with the rearranged North Belfast derby taking place on Saturday that resulted in a 2-2 draw.

This latest break has meant that another three matchdays must be rescheduled, putting an extra strain on clubs with the Irish Cup also delayed before the actions resumes next Saturday (January 23).

“The only worry for me is hopefully we get back playing again because we were told this before last season and the season within a couple of months was wrapped up,” the Reds’ manager pointed out.

“You’d be worried if that happened but at the end of the day you can’t put people’s lives and health and families at risk. I think it’s a wise decision that we call a halt to this for now.”

In a statement released on Friday, the NIFL confirmed that mass testing of players, coaches and officials will be rolled out to ensure a safe return to play after a number of teams were forced to pull out of games last weekend due to positive cases within their respective squad.

This is a decision that McLaughlin again welcomes, insisting it will be a huge factor in getting the season back on track.

“It’s going to be a massive help,” says the Reds boss.

“We’ve had people staying away from training. We’re trying our best and every team is doing their best to try to adhere to the laws.

“You need to support and it is hard to do that whenever there is nothing put in place for you.

“I’m a big fan of what they’re trying to do for us and fair play to them. I don’t think we’ll hear to many complaining.”

Hopes
Cliftonville’s January signing Rory Hale hopes the halt to proceedings won’t run longer than the planned two-week curtailment and revealed that the normality of training and playing games has helped him get through the difficult period since March.

“At the start (of restrictions) back in March it was mad and the first break we were off for a few months and I think everything that has went on since the league started back has been brilliant,” said Hale, who scored in Saturday’s derby.

“I know there has been no individual testing that has went on, but the way that everything that has been run with the temperature checks and social distancing, it’s very rarely that you’re going to catch it on the pitch.

“I’ve vulnerable people at home: my granda and my mum, but it’s given me a wee lift off the pitch knowing I’m going to training while my whole family are stuck in the house and nobody can go to work or anything.

“It’s good for me in a selfish way because I love it, but I hope the break isn’t for too long and doesn’t get extended further.

“With the testing coming in it can only be positive in getting everybody back in safely again.”