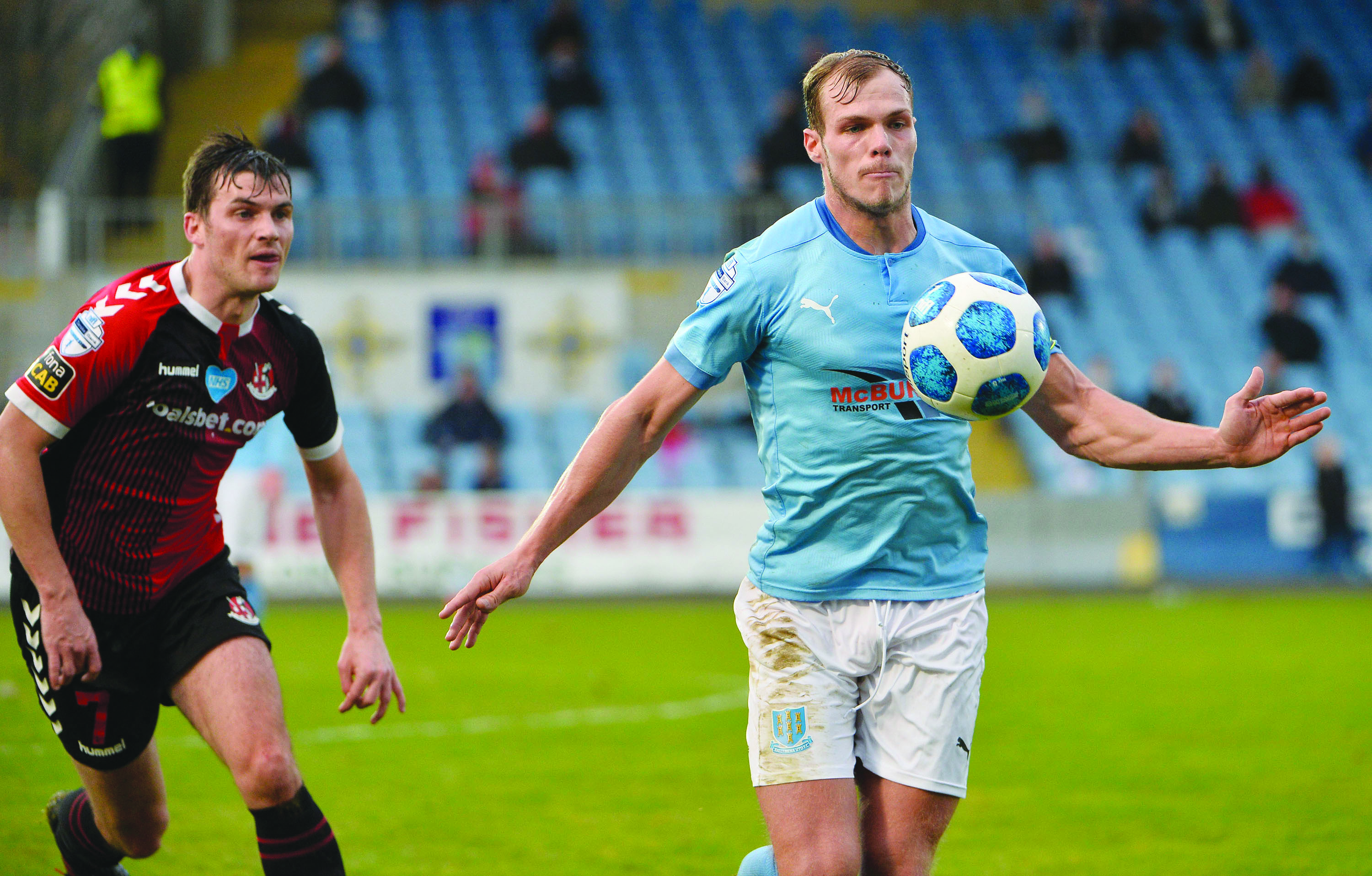 CLIFTONVILLE slumped to a third successive league defeat and their first at home this season after a dreadful showing in a 4-0 defeat to Ballymena United at Solitude on Tuesday evening.

Shay McCartan gave the visitors a first-half lead inside the first 10 minutes and quickfire goals from Paul McElory and McCartan after the restart had the Sky Blues in cruise control.

Leroy Millar added United’s fourth little over 10 minutes from time to wrap up a comfortable win for Ballymena on a night that McLaughlin and his players will wish to forget in a hurry.

Ballymena United had the better of the early running with Shay McCartan having an early volley deflected behind for a corner which came to nothing in the end.

It should have been a warning side for the hosts but on 10 minutes McCartan was afforded another shooting opportunity and this time his low drive had Richard Brush beaten and found the bottom corner to make it 1-0.

The Sky Blues almost doubled their lead just shy of the quarter hour-mark when Cathair Friel cut the ball back to McCartan whose effort was blocked, and Paul McElroy failed to take advantage of the loose ball as the Reds eventually cleared their lines.

It was a laboured showing from Paddy McLaughlin’s side in the opening half and their best chance fell after 26 minutes when Ronan Doherty slipped in Joe Gormley, but Jordan Williamson was quickly off his line to quell any imminent danger and at the break McCartan’s goal was the difference.

Within 10 minutes of the restart, it was game over at Solitude as Ballymena United found two goals.

On 49 minutes, Garry Breen chopped down Shay McCartan and referee Ross Dunlop pointed to the spot.

Paddy McLaughlin reacted with a double substitution, introducing Michael McCrudden and Daire O’Connor but Ballymena put the game to bed on 55 minutes.

Shay McCartan doubled his tally for the evening with free-kick that curled over the wall and Richard Brush.

The Reds offered very little in response and their evening was epitomised by a dreadful miss by Joe Gormley when played through one-on-one with Williamson.

David Jeffrey’s side rubbed further salt into the wounds little over 10 minutes from time as Ross Redman picked out Leroy Millar whose low drive found the corner of the net to make it 4-0 at the game’s conclusion.