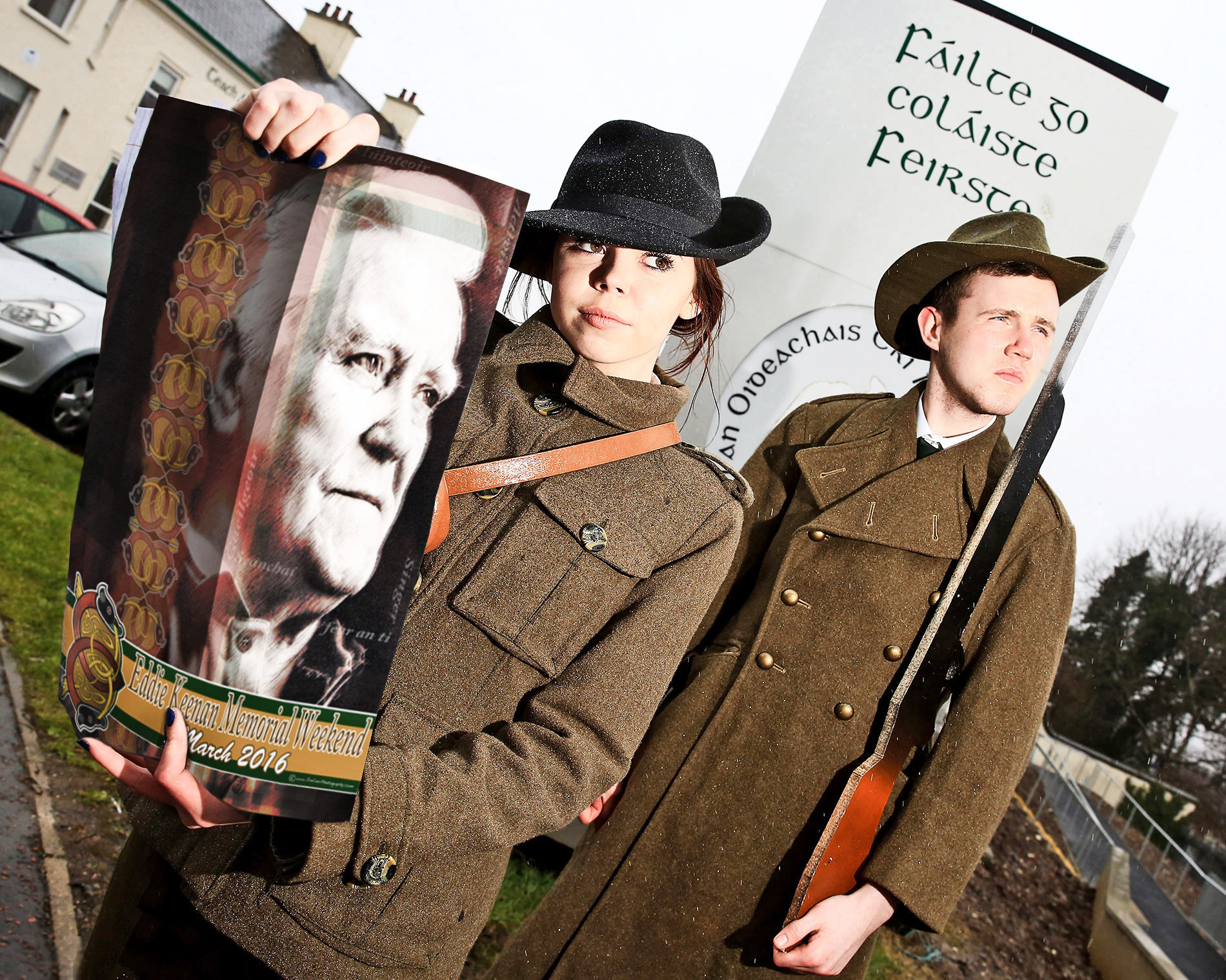 PERFORMING arts students from Beechmount’s Coláiste Feirste will take to the stage this weekend in the Roddy McCorley Social Club to debut their latest work.

A newly devised production by Máire McNally, entitled 1916, will premiere as part of the annual Eddie Keenan Memorial festivities. The play reflects on the role of the seven signatories and prominent women such as Constance Markievicz and Margaret Skinnider in the lead-up to and the aftermath of the Rising.

The production, which will be delivered in Irish, is a fitting tribute to mark the centenary celebrations of Easter 1916. With a strong cast of talented actors the plays promises to be an a experience not to be missed.

The play will be followed by a buffet and music will be provided afterwards by The Rising of the Moon.

Tickets are priced at £5 and are available from the Colaiste Feirste Office, Cultúrlann, or pay at the door. For further enquiries telephone 02990 320707.